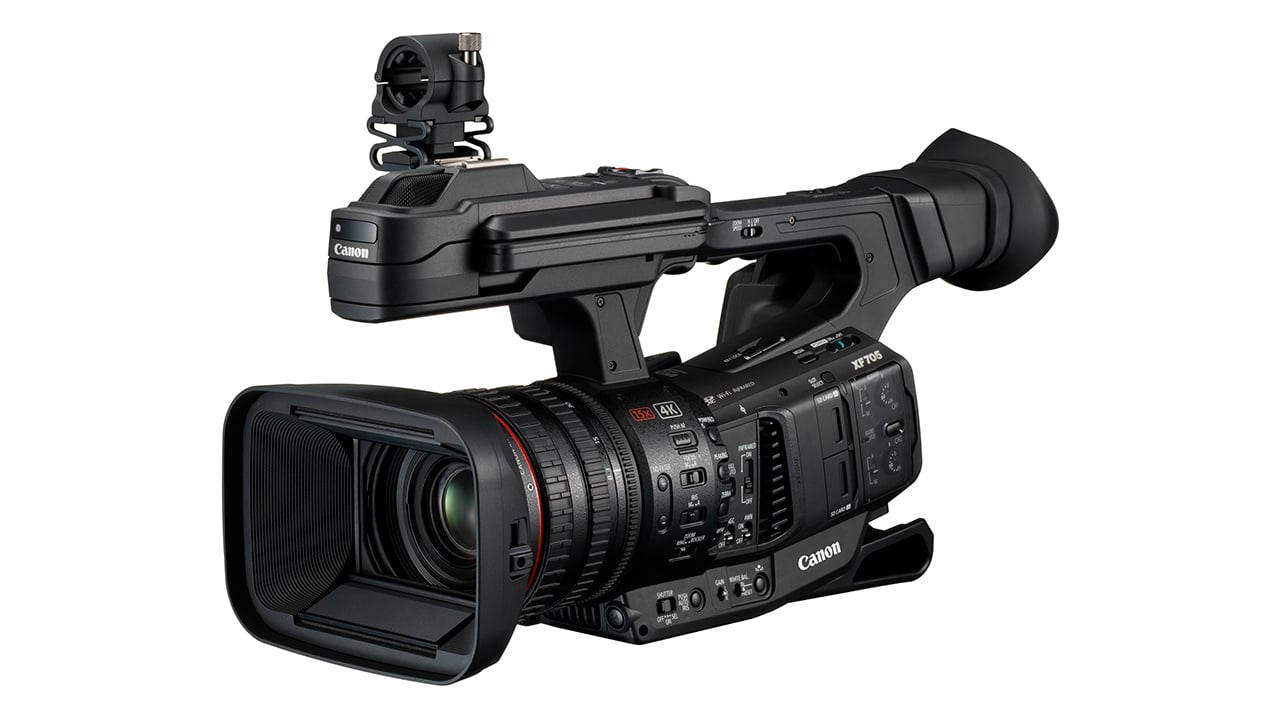 Good things come to those who wait and it has been quite a wait for a replacement for the seminal XF305. This all-in-one camera appeared roughly seven years ago, and that’s a long time in this business, but it’s not the first time we’ve seen this sort of longevity, with Sony’s early PMW-EX1 and PMW-EX3 models lasted a long time and are still in use today.

And so it is with Canon’s XF305 camera. I remember seeing it for the first time and my immediate impression was that it was a serious beast. It felt maneuverable and certainly not lightweight (you need a certain amount of heft in a serious camera) but it exuded confidence. And the lens both in terms of the images it produced and the gravitas it gave to the physical look of the camera - was exactly what you needed to make this a staple for news, documentary and event work.

There’s a lot to be said for having a captive lens: no messing around for the right glass when you’re under fire or about to miss the shot of the prime minister flitting between her front door and her ministerial car. And perhaps the biggest advantage - that people don’t always consider - is that the lens and the camera will have been designed as one unit. So there will be all kinds of optimisation between the lens and the camera that simply isn’t possible when the camera has no previous relationship with the lenses it is confronted with.

We’ll look at this camera/lens relationship more in a minute.

But first, the new camera. 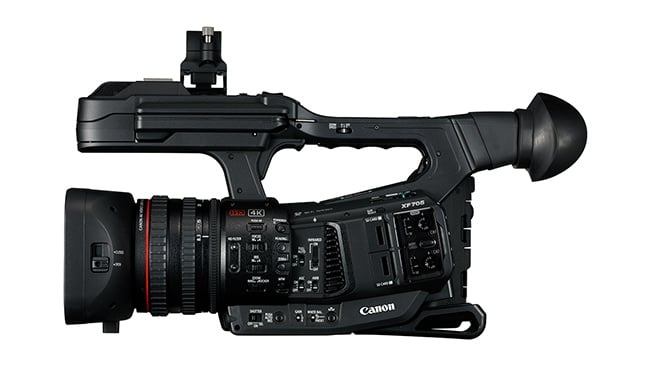 It’s very obviously a direct descendent of its predecessor. There’s no doubt about that. And yet, internally, it could hardly be more different.

Here are the three biggest advances (at least, the way I see it).

Of course it is. While HD cameras still have their use (and some networks are still SD, of course, including some regional ones in the UK) and while the majority of content seen is still in HD, 4K is the future. And if you don’t want to output in 4K, it still makes sense to shoot in the higher resolution, because  it’s widely agreed that HD that’s sourced from 4K simply looks better. The XF705 still shoots in HD too, naturally.

4K takes up more storage. But Canon has that covered. (See immediately below.)

This is bold. It's a harder codec to process but things have moved on since it was first introduced and it's almost certain that the benefits now outweigh the disadvantages. What's good is that it's an efficient codec and reduces the data sizes to half those of H.264. It means that you can record 4K with only twice the storage you'd need for HD in H.264 rather than four times. And don't forget that it's always encoding that's the hard bit - but that’s done for you in the camera. For decoding, you can expect to see support for this in a lot of NLEs soon after launch, we would expect. Most of the household names in NLE software, including Adobe, Avid and Blackmagic, Apple and Grass Valley have already confirmed support for XF-HEVC.

It has a single sensor

Even bolder. Canon has ditched the age-old (but still perfectly valid) architecture of three single-colour CMOS sensors for a single Bayer-filter device. While there are still advantages to triple sensor cameras (no need to de-bayer, for example and arguably purer colour) it's complicated to manufacture and makes the camera bulkier. There is enough knowledge accumulated now about how to process video from a single sensor that we can expect very good images indeed from this camera. 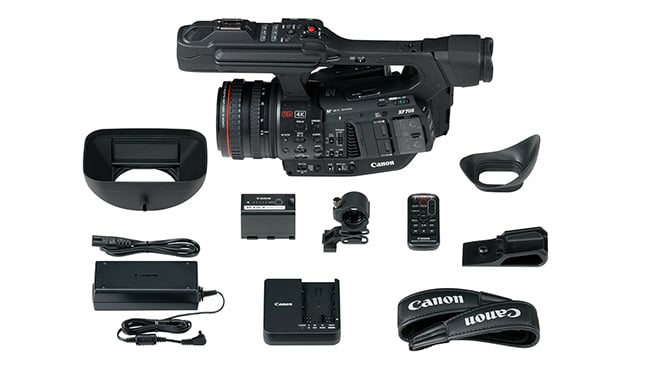 So these are the headlines. What about the details?

Bitrate is ultimately about quality and so if you can encode video at a lower bitrate with a more efficient codec, it's a win-win situation. Canon's new XF-HEVC codec is approximately twice as efficient as H.264, also known as AVC. The big news here is that with the new codec, the XF705 can record 4K UHD 50p 4:2:2 10-bit files directly to SD cards: there's no need for ultra-expensive fast media.

The lens - which, based on this camera's predecessor, we would expect to be very good, is an "L" series quality equivalent with a 15x optical zoom, a maximum aperture of F/2.8 and a wide angle of 25.5mm. The camera has built-in Image Stabilisation and there are three control rings with end stops for a high degree of manual control. There is absolutely no intrinsic reason why a lens that's permanently attached to a camera should be inferior to a swappable one. In fact, there are factors that can make this arrangement the best choice. If a camera is built to work with only one lens, then it can also be optimised - in every way - for that lens. For example, every time a camera's processor evolves into something more powerful, this extra grunt can be used to provide improved optical correction. You simply wouldn't get this performance boost with removable lenses.

We should, therefore, see a very good optical performance from the glass at the front of the XF705.

HDR is fully catered-for with both Hybrid Log Gamma (HLG) and Perceptual Quantisation (PQ) being offered, along with HDR assist functions to help with controlling exposure while shooting. The camera can output SDR over its 12G SDI interface while recording HDR internally. This is a versatile HDR setup and it makes HDR shooting a practical proposition for shooting on-the-go. 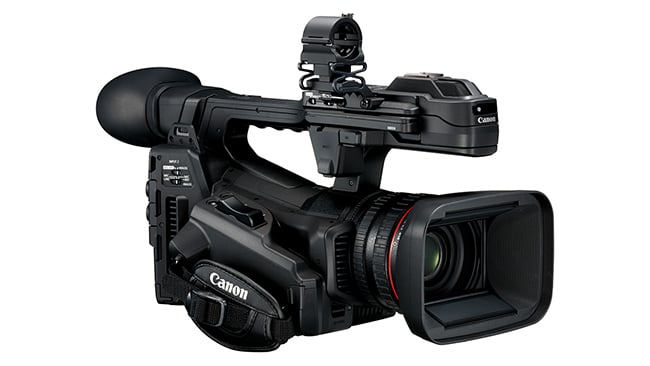 Canon took a deep breath when designing this camera and it has built a modern device using modern options. There's a lot of competition in this space and working video makers will be torn in several directions, but the promise of a high quality lens, a single, but arguably more versatile sensor, and the choice of a new, more efficient codec, strongly suggest that this camera is going to fly off the shelves.