8K is now mainstream. These 8K sets will be in the shops soon 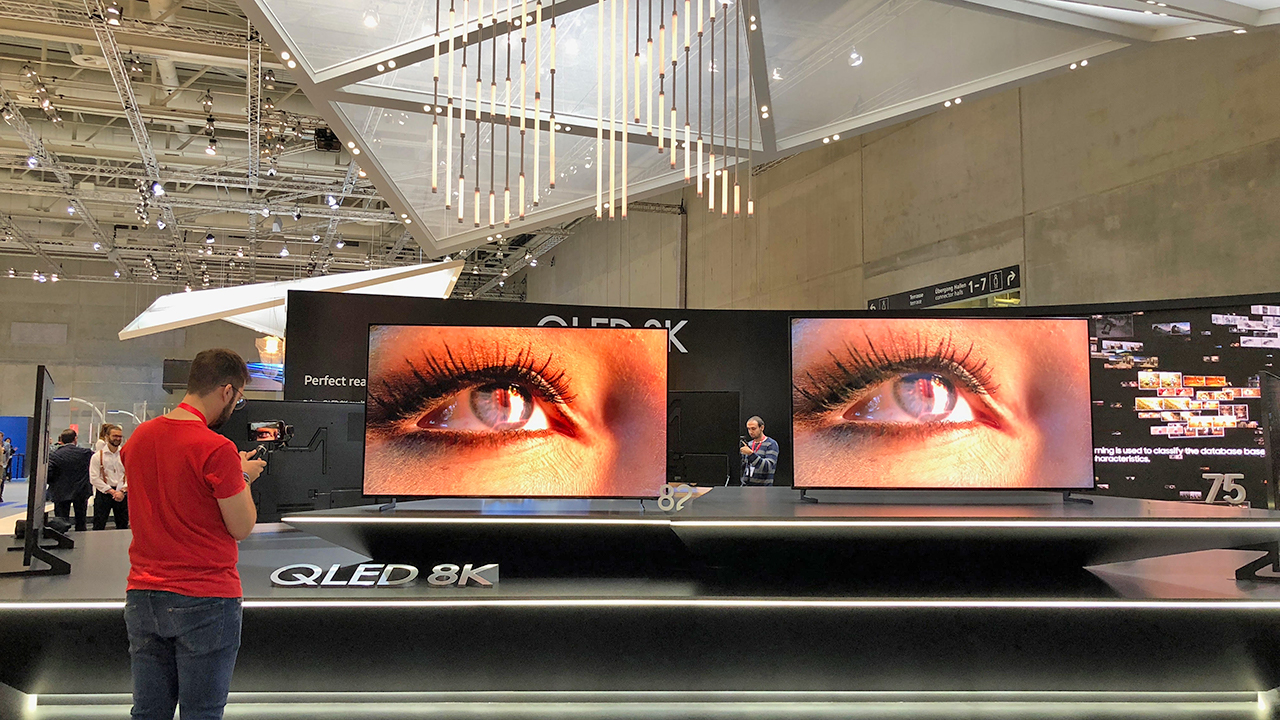 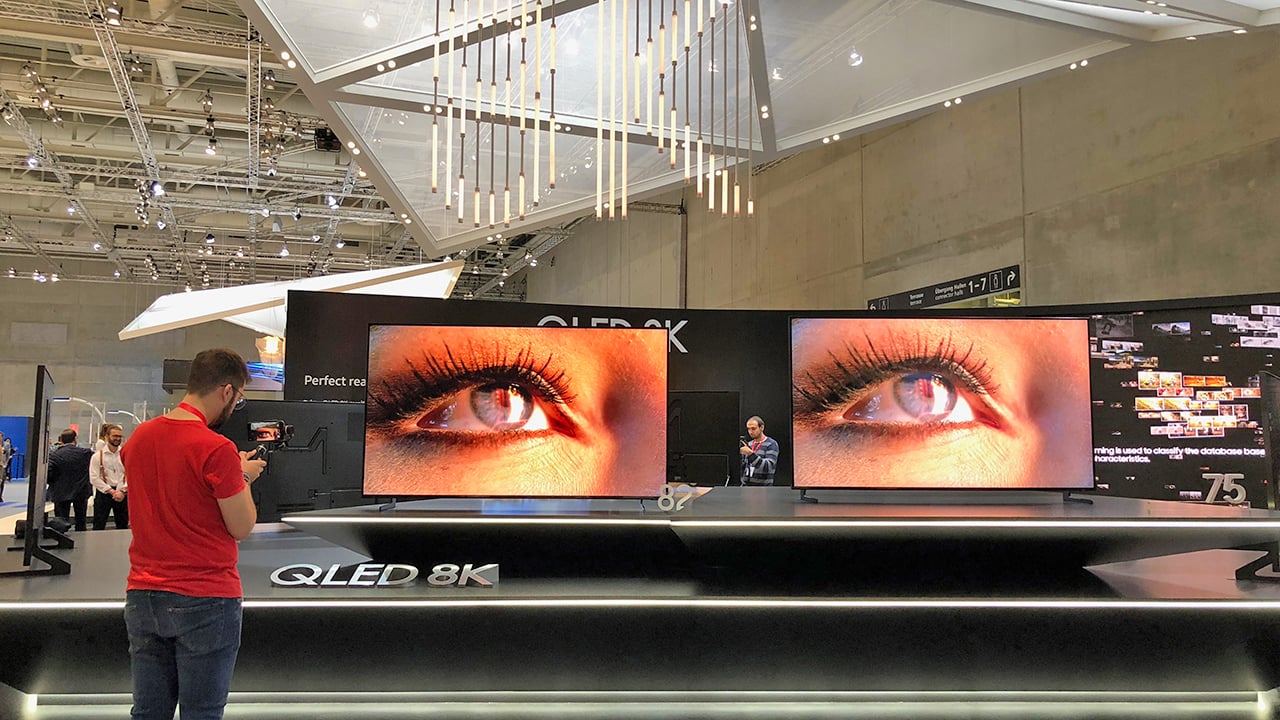 We’re in Berlin at the IFA trade show for consumer electronics. This is the place where you can find tumble driers in the same exhibition hall as cutting-edge 8K TVs. But it didn’t disappoint. The world has changed with the arrival of Samsung’s first range of consumer 8K TVs.

It was a rather unusual experience. You can tell that Samsung is a huge company when you pull up in your Uber at what you think is the exhibition building containing the IFA consumer electronics show, and then you realise that this is just the Samsung exhibit.

While we were still processing that, we went into the hall, only to be confronted by the shiniest, sparkliest array of clothes washing paraphernalia ever seen by humankind. I did wonder if for a minute we’d arrived in the wrong place, but then, over in the distance, we saw a sign that said, matter-of-factly “8K”.

This is what brought us to Germany in the first place. Even though Sharp has had a range of 8K TVs for around a year, no-one can diminish the influence and market presence of Samsung in the TV space. Samsung is big enough to have its own gravitational field, and when it moves into a new space, everyone has to take notice of it.

Which is exactly what happened with 8K TV today. For the first time, the world’s biggest manufacturer of TVs has a range of consumer 8K sets. This wouldn’t have happened if Samsung didn’t think that 8K has a future.

Even if you’re an arch skeptic about 8K, you’d have to admit these displays were gorgeous - if, most of the time, rather over saturated. It’s almost as if the manufacturers think customers won’t even see their products unless the pictures are straining at the edge of the colour gamut. (And they might be right: I’m sure they’ve researched this). But as with most TVs of the last decade, if you turn the saturation down to realistic levels, the pictures look even better.

We weren’t able to get the full details about the 8K TVs. This show is not like IBC or NAB. It’s hard to get an interview with a product manager unless you’re the leader of a G7 country. One thing we do know - and Samsung trailed this at CES, but not with a production-ready TV - is that the sets will use AI to help with the upscaling. It wasn’t clear on the booth where this was in use, but I’m told the results are astonishingly good and do a pretty decent job of upscaling 4K and even HD to 8K. So early adopters needn’t worry about the lack of 8K material in the early days of this new format.

Nevertheless, we will get some responses from Samsung as soon as we can. Meanwhile, check out my video below from the show floor, where I give my instant impressions of Samsung’s 8K offerings. (Oh, and please not that I was wrong when I said that QLED is the technology that upscales 4K to 8K. The sets do do this, but I think QLED is the screen display technology).

There is more 8K at the show. I’m told that LG has an 8K OLED panel, but it’s not clear if this is just a technology demonstration of a product that’s going to be on sale soon.