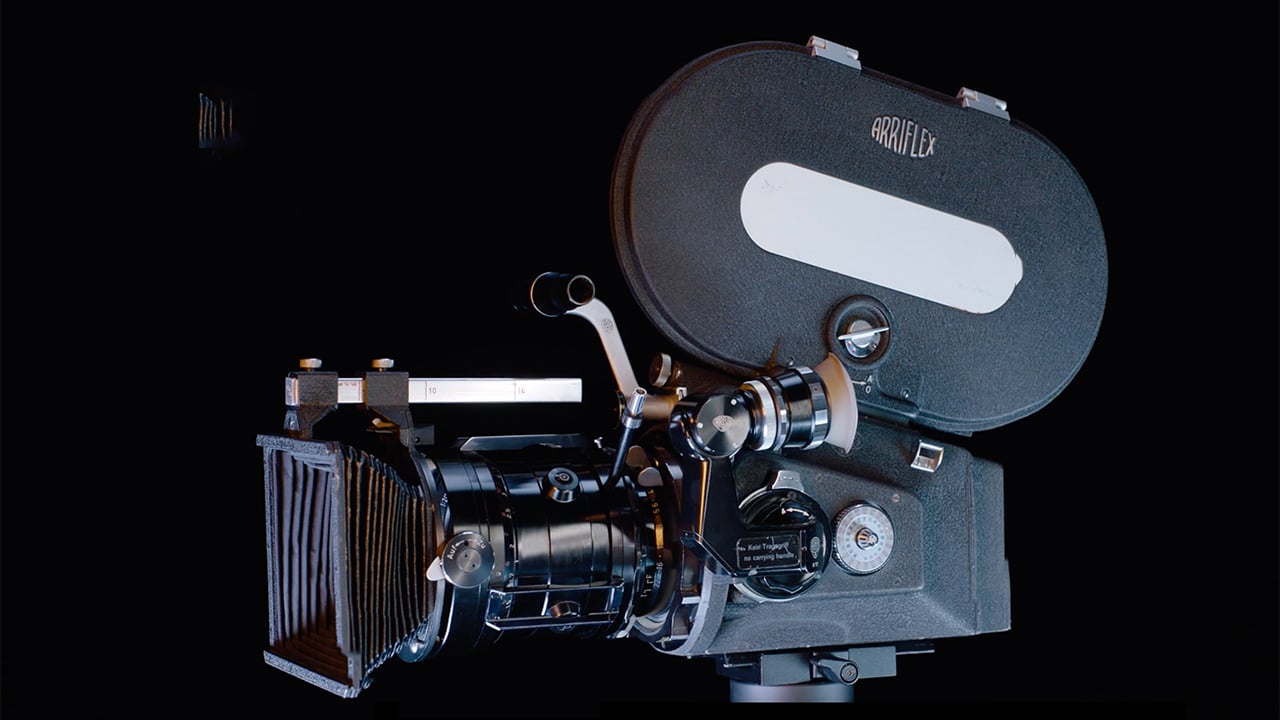 Despite all the advancements in digital technology some of us still do have an inner desire to shoot film. It's almost like a right of passage for someone who deals with moving images. Super 8 is often the go-to format for people on a budget, but Phil Rhodes disagrees and thinks that you should jump right into 16mm. Here's why.

Filmmakers are a dedicated bunch. Much like oil painters, who are prepared to wait hours for their paints to dry when they could just as well be done in ten minutes with acrylics, there's a huge tolerance for expense and inconvenience in the pursuit of a particular look. It's this sort of thinking that allowed film to stave off the assault of digital technology for much longer than was really technically necessary.

The problem with this is that artistic absentmindedness can occasionally cause people to make odd decisions. One recent example involves a (not-to-be-named) music video where there was an ambition to shoot film but not nearly enough money to do the whole thing on 35mm. People don't often put concrete numbers on these things, so let's be clear that a 400-foot roll of 35mm negative currently sells for about £155 plus taxes and runs for about four minutes. That's equivalent to £39 a minute or well over a pound every two seconds before it's even been processed or transferred, and let's not even talk about 65. Consider that most music video editors, at a very conservative estimate and given the state of mind of most of them, might shoot at least half an hour of material for a three and a half minute music video, and we're in for £1200 to £1500 just on recording media.

One reasonably common reaction is to reach for Super 8, and the format has a good track record of interesting material (and a lot of home movies showing much younger versions of familiar family members in risible 1970s swimwear.) Some of the most interesting wedding videos are made by people who shoot and assemble mercifully brief records of the special day on Super 8, lending the whole thing a historical, retro and organic feel that's widely liked. Modern Super 8 is also very different from the Kodachrome of old, both for better and worse. Current stocks include the exact same negative formulations that are available in wider gauges, and with a good camera, a good lens, post production stabilisation of the inevitably shaky registration and a lot of care and attention, good modern Super 8 can look almost like bad 16mm. That's not what most people are after when they shoot Super 8, to be fair, but it can be done.

But hang on, what was that? 16mm? In the UK, where it was at one time traditional to shoot television drama on 16mm, the format is widely known and widely admired, though in the USA, it seems rather less commonly used. With care, the best lenses and enough light to expose slow stock, 16mm can pass for 35. But it's wider, and it goes through the camera faster, so isn't it inevitably going to be much more expensive than Super 8, though?

Er – simply put, no. 16mm is amazingly price-competitive with Super 8, despite involving more than twice the square-footage of photosensitive emulsion. A 400-foot roll of 16mm film goes for perhaps £95 and represents about 11 minutes of shooting time, for a media cost of about £8.50 a minute. A 50-foot roll of Super 8 costs £26 and runs for 2.5 minutes, for a cost of £10 a minute, which is significantly more expensive than 16. Yes, that's right: 16mm stock is at the very least no more expensive than Super 8, assuming both formats shoot 24fps.

A lot of calculations will assume that the Super 8 is being shot at 18fps, which increases runtime to about 3’20” and brings stock costs down slightly below that of 16mm. Shooting low frame rates looks a bit more retro, so people often do it, though it's difficult to integrate it into a higher-frame-rate modern post production and distribution pipeline without introducing more motion artefacts. Productions intending to produce sync sound results will want to shoot at 24fps.

These calculations overlook processing and transfer to an electronic form. Processing is a bit more expensive for 16mm – one online source lists the cost to process a 400-foot roll as £26, while Super 8 costs £18. It's hardly night and day and 16mm is still a much better deal given that it's far more than twice the amount of film area. Transfer is sometimes still priced in terms of the runtime of the material to be scanned, in which case all formats cost the same. Scanning bureaux often charge in terms of footage of film so the larger formats become proportionally more expensive, although bear in mind that 16mm only goes about twice as fast as 8mm. 35mm goes about three times as fast.

Most people will strictly speaking, be interested in Super 16, where a wider gate allows for a lot better results when transferred to a widescreen electronic format. Many rental agencies can be persuaded to offer deep discounts on film gear, especially 16mm gear, and even the book prices on nice toys such as an Arriflex 16SR3 begin at £175 a day for magazines and body. Venerable SR2s and even super-16mm conversions of the ancient SR1 are also an option, though it's as well to carefully check out older gear, especially if it's coming from an owner rather than a rental house. It's film; you will not see the problems until a few days later.

Owning 16mm gear is also a pretty affordable option. Most 16mm cameras are better made than most Super 8 cameras, though on truly ancient, mid-twentieth-century options, Super 16 conversions can be flaky. Lenses remain a problem – they're a problem for everyone on every format – but with the smaller 16mm film frame there are better options for general purpose zooms that don't cost nearly as much as those capable of covering a super-35 frame.

So, 16mm is a rare example of something that's far better and barely more expensive than other options. Super 8 is beautiful in its way, but let's not get sidetracked by tiny formats when the larger, more capable brethren are sitting on the shelf, practically begging to be taken out.