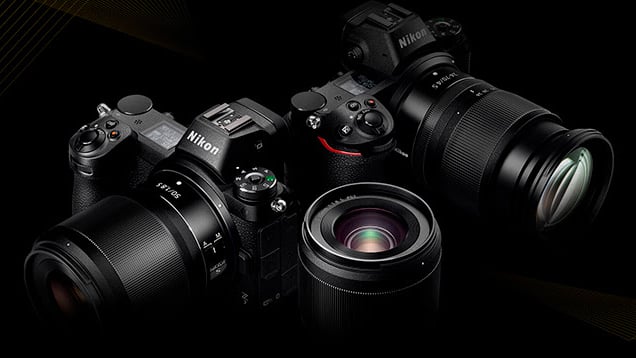 Two new Full Frame Backside Illuminated Sensor cameras from Nikon burst on to the scene today. For videomakers, there's seemingly everything they would want from the new system.

Nikon has been working quietly (or not so quietly, judging by the number of leaks and teasers) to create a new mirrorless camera system. The high end Z7 and the cheaper Z6 both have Full Frame sensors ("FX" in Nikon's terminology) and have resolutions of 45.7 and 24.5 MP respectively.

Going further into the specifications reveals that the ISO ranges for the cameras are 64 - 25,600 for the Z7 and 100 - 51,200 for the Z6. This should be a pretty good low-light system. If low light video recording is your thing, then the Z6 will be your weapon of choice, along with its slightly faster stills shooting rate of 12fps vs the Z7's 9fps. Both cameras are fully weather sealed for durability, and record stills and video to XQD cards.

Both cameras feature 5-axis in body image stabilisation, which will mean that users will gain the advantage of stabilised footage and photos even when using vintage non-IS lenses. 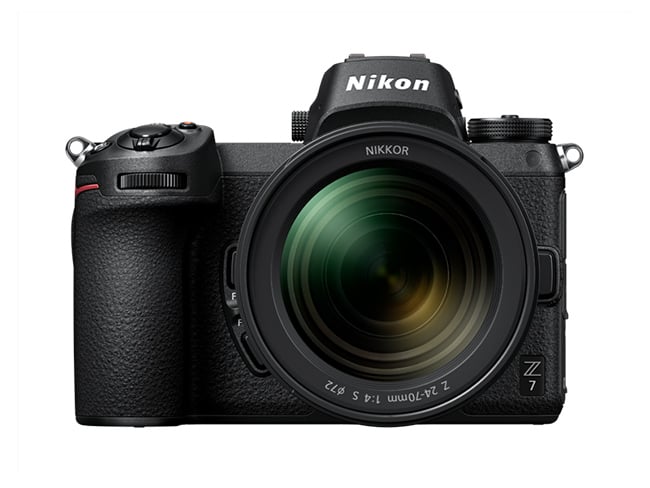 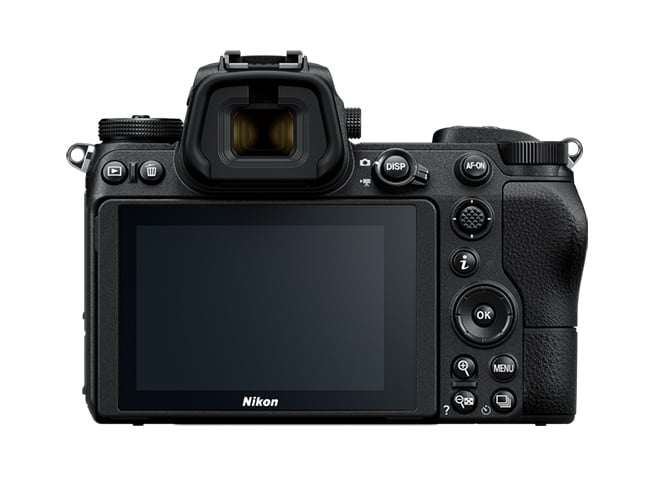 We're told the camera fells good in the hand. A bit bigger than Sony A series but smaller than BMD pocket Cinema Camera 4K. The OLED viewfinder is "incredible"

There's a mic input, headphone output, and the HDMI connector is of the "mini" variant.

Correct us if we're wrong but this looks like the first full frame mirrorless camera to ouput 10 bit though HDMI.

It does look like you will have to use an external recorder to extract the full quality potential from the new cameras howwever. Full support will be included when the Atomos Ninja 5" ships. Support for other Atomos products (Shogun, Sumo, etc) will be released in due course.

We've just spoken to Atomos CEO Jeromy Young who said "This is like a rebirth for Nikon. It's been incredible working with them and the results are fantastic".  He went on to say "we're going back to the original vision of videomakers having access to superb images though photography devices. At last, there are no dealbreakers with the new Nikon cameras: Output is 10-bit and 4K. It's an amazing combination".

The cameras also herald the introduction of the company's new Z-mount system. This has a a 55mm width and a 16mm flange distance, paving the way for an incredibly diverse set of lens designs, including an incredibly fast 58mm f/0.95 model. Nikon has a roadmap for lenses that includes f/1.8 primes as well as fast zooms including a 70-200mm f/2.8, and a wide angle 14-30mm f/4.

Full specifications for the Z6

Full specifications for the Z7