Everything you need to know about film and video lights

Behind the scenes on the set of Gotham

Do you know your PARs from your Source Fours? If not, read on for this essential guide to film lights.

Welcome to the first in a series of posts looking at the many types of lighting instruments in use on film and TV sets today. This is not intended to be an exhaustive list, but it will give you a good idea of your options, particularly if you’re moving up from smaller productions – where lighting kit is mostly borrowed – to larger ones, where you’re required to submit a lighting list to a rental house.

We’ll begin with the oldest, simplest and most robust lighting technology: incandescent. These lamps work by passing electrical current through a wire filament which becomes so hot that it glows. In the film industry they are generally referred to as ‘tungsten’ lamps after the metal which the filament is made from. Their colour temperature of 3,200K - a standard preset on all cameras - is also sometimes known as ‘tungsten’.

Tungsten lights are the cheapest to hire, the easiest to repair, and emit a much smoother spectrum of light than any other artificial sources, making for the most natural skin tones. On the other hand, they are highly inefficient, guzzling power and turning a lot of it into heat, and their colour temperature changes as they are dimmed. 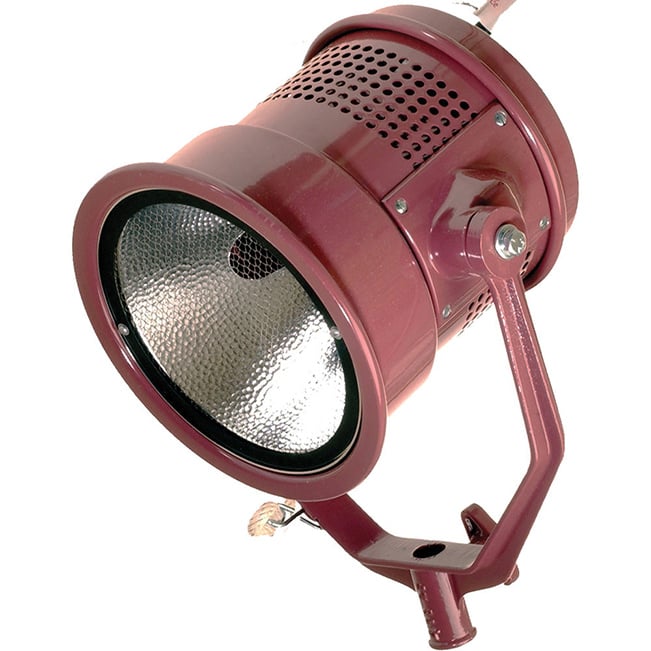 An example of an open face light

The simplest instruments are known as ‘open-face’ because they have no lens to focus the light. By far the most common units are the 800 Watt and 2,000 Watt models. 300W models – dubbed ‘Lilliputs’ by manufacturer Ianiro – are also available, as well as 1Ks and much larger models like the Mole-Richardson Skypan 5K and Skylite 10K.

While I have lit entire no-budget features with just open-face lights, on larger productions the uneven and unfocused nature of their light makes them a poor relation of other units on the truck. They are most likely to get fired into a bounce board or used to create a little pool of light somewhere in the deep background where finesse is not needed. 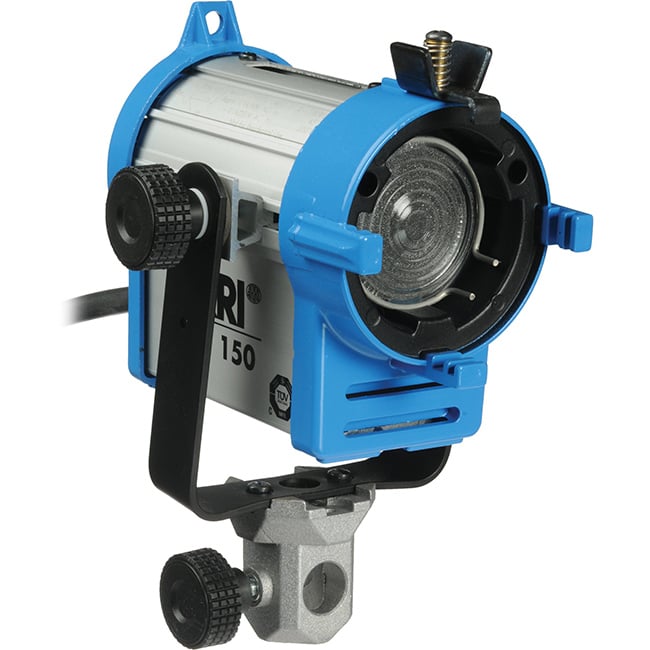 An Arri 150w Fresnel light. Notice the lens on the light face.

The fresnel lens was invented in the 19th century to increase the focus and throw of lighthouse luminaires. In today’s film industry, fresnel lenses can be found on tungsten, HMI and even LED fixtures.

1Ks and 2Ks are sometimes called ‘babies’ and ‘juniors’ respectively, but confusingly those terms can also refer to whether they are the smaller location models or larger studio versions of the same wattage.

Though the fresnel lens reduces the light output a little, the beam is much more focused. Sometimes I use tungsten fresnels to simulate hard sunlight when shooting on a stage, but beware that shadows cast by a fresnel can sometimes show up the ridges in the lens. 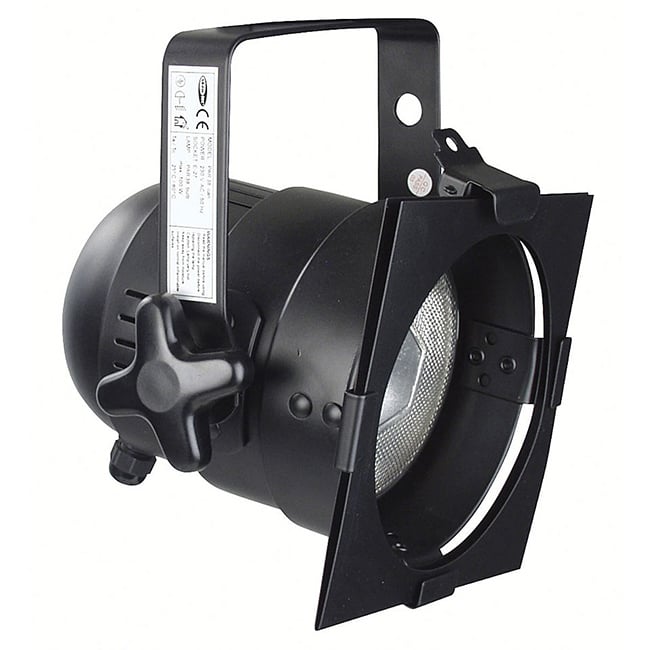 An example of a PAR light

Par cans are good for throwing shafts of light. I have used them to simulate car headlights, and as practicals to uplight banners at a circus.

Maxibrutes (a.k.a. ‘Molepars’) are banks of multiple par 64 (1KW) lights. They come in banks of 4, 6, 9, 12 or 24. They pop up in the background of music promos quite often, because they look cool and retro, and some DPs like to use Maxibrutes for backlight on night exteriors. Minibrutes (a.k.a. ‘fays’) are similar, but use smaller par 36 (650W) lamps. 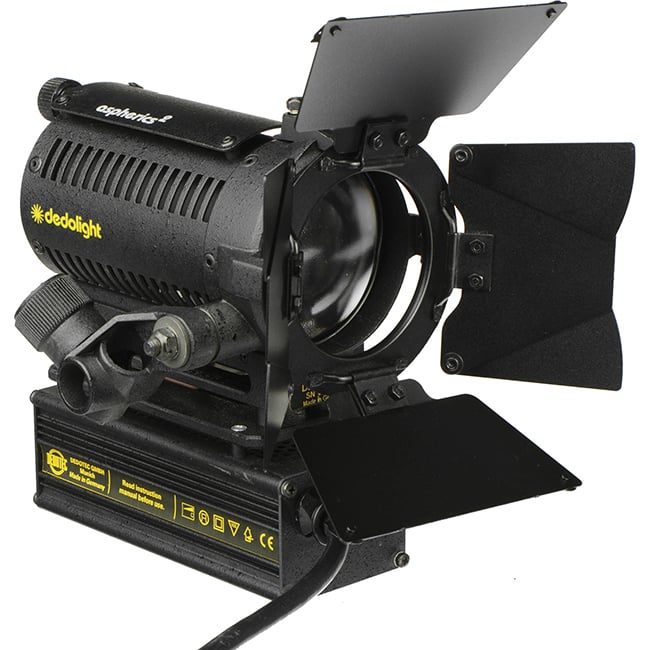 An example of a Dedo Light

Dedolites are compact units that use a unique lens system to produce very focussed, controllable light from (most commonly) 150W lamps. They come with dimmers, and are small and light enough to be rigged overhead or in tight spots.

Source Fours (a.k.a. ‘lekos’) are ellipsoid reflector spotlights. They feature cutters which can be used to shape the beam, they can be hired with different lenses (some of which are zoomable), and they can be fitted with gobos to project patterns. They are good for stylised pools of light or for firing into distant bounce boards without spilling light elsewhere.

Space-lights are wagon-wheel configurations of three or six 1K lamps inside a cylinder of diffusion material. They are normally used in large numbers to provide ambient toplight on stage.

Jem Balls, or China balls, resemble Chinese paper lanterns. They come in 22″ (up to 1KW) and 30″ (up to 2KW) sizes and produce a very soft light ideal for close-range fill.

In the second part of this article we’ll take a look at HMI lighting.