A new 65mm film camera: We haven't seen the last of film, yet 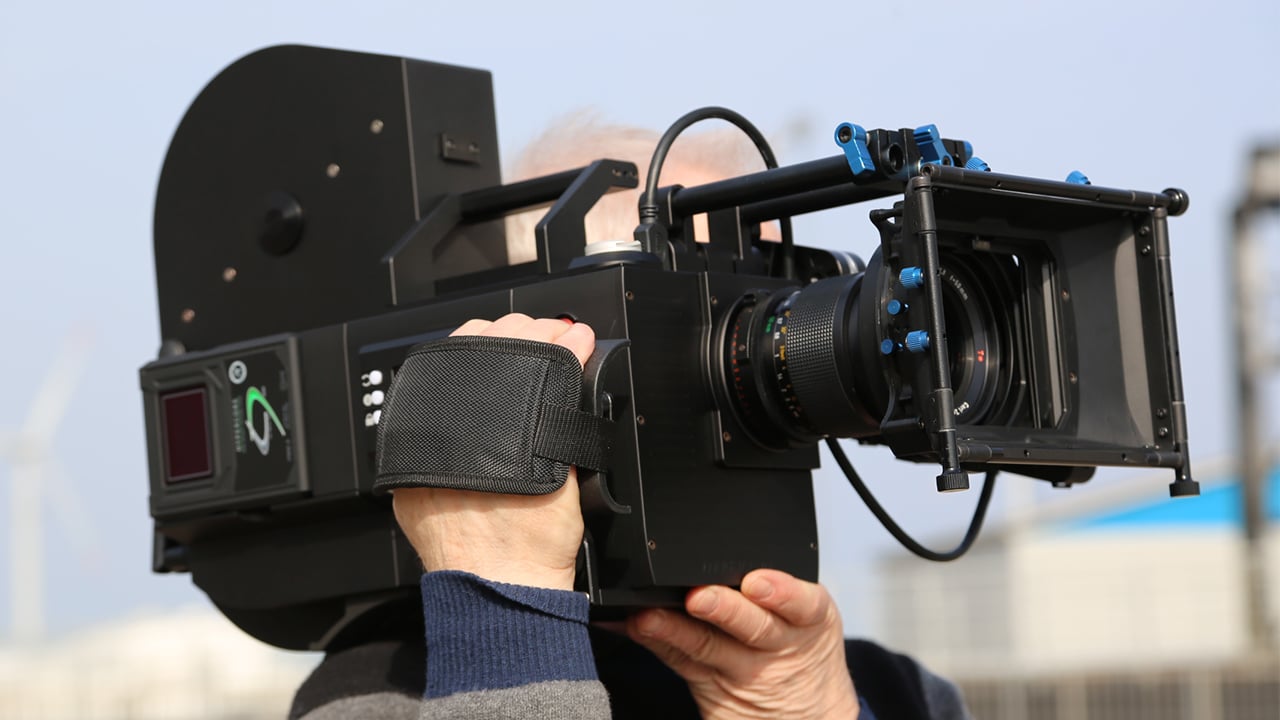 The king is dead, long live the king. The new Magellan 65mm film camera from Logmar would seem to indicate that somewhere there's a market for new large format motion picture cameras. Phil Rhodes casts his eye on matters.

If you're going to make a film camera, the extremes are the place to be. Nolan strapped IMAX cameras to planes for Dunkirk, while Kodak announced its Super 8 camera at CES 2017. Though the Kodak camera has yet to become widely available, it suggests that there's at least some public enthusiasm for film. OK, Kodak would say that, but given the popularity of at least fragments of 65mm origination for big movies recently, it's possible there's at least a grain of truth in it.

The problem with doing this is that most of the 65mm cameras that exist are decades-old designs. Arri released the Arriflex 765 in 1989, making it a thirty-year-old concept in just a few months. Although that probably still counts as “reasonably modern” in film camera terms, it still weighs 32 kilos and is not ideal for, let’s say, mountaineering documentaries. And that's sort of a shame because mountaintop vistas are exactly the sort of thing that would make the best use of all that negative area.

The development of a new, handier 65mm camera, therefore, isn't as insane as it might seem. Logmar's Magellan camera, to be previewed at Cine Gear 2018, appears to have been put together by a small team almost as a spare-time project. From that we might reasonably take two things: first, it's a labour of love, so it has probably had a lot of thought and effort put into it and an absence of the sort of motives which drive big corporations, all of which are good things. And second, that really keeps costs down, because there is no corporate apparatus of management and support staff to pay.

Modern 65mm photography is based on the Todd-AO process, developed by producer Mike Todd and the American Optical company during the large-format boom of the 1950s. It was intended to compete with the more complex Cinerama system. Its 65mm negatives were meant to be printed to 70mm, either directly – to be projected alongside a 35mm magnetic soundtrack – or with a slight optical reduction to leave room for six independent tracks of sound. Magnetic tracks work well at the high film speed of 70mm projection and the dazzling image and hi-fi surround would have been a heady experience at the time.

The Todd-AO process was originally intended to run at 30 frames per second, although it is invariably used at more conventional cinema frame rates now. It pulls down five perforations vertically per frame, yielding a camera aperture of 52.63 by 23.01mm and a negative of more than two and a half times the area of Super 35mm at 24.89 by 18.66mm. Both will lose something in cropping to common distribution formats (65mm frame is around 2.2:1, and Super 35 is near 1.33:1) but the benefits are clear. The problems are also clear: everything is huge, power hungry, heavy, and potentially noisy. 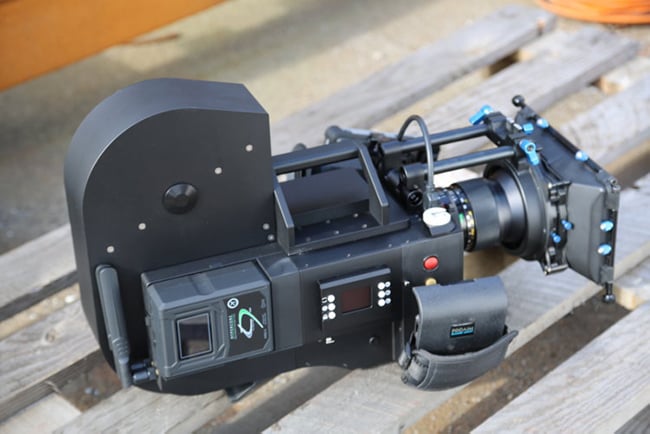 As an aside, IMAX is a company impressively dedicated to the idea that if something's worth doing, it's worth overdoing. The company's format runs film sideways, like 35mm VistaVision, and uses 15 perforations per frame. IMAX thus uses, as its height, the width of the original Todd-AO 5-perf 65mm format, and achieves a practically postcard-sized negative nearly 70mm wide. If anyone knows about a larger motion picture film format, shout excitedly in the comments. Either way, IMAX is huge and while it is possible to handhold an IMAX camera or strap one to a 1940s fighter plane, it isn't very easy.

Getting back to more conventional, 5-perf 65mm, the equipment is necessarily smaller and lighter but similar problems pertain. The purpose of Magellan is clearly to make 65mm at least as handy and lightweight as it reasonably can be. Particularly, on modern cameras, a good video tap is expected. There appears to be a 4K option for the Magellan, probably based on the fact that the viewfinder is electronic. That's likely to be seen as an odd choice by film enthusiasts who like an optical viewfinder, although they may be mollified to a degree by the fact that the design works essentially as an electronic viewfinder displaying the video tap image.

That approach retains some of the advantages of the optical finder – particularly the ability to see outside the recorded image area – while controlling some of the issues of optical finders, such as their difficulties with highly sensitive film in bright conditions. If the operator's eye is adapted to a bright day exterior, but the camera is being used with lots of neutral density filters to control exposure for a fast film, an optical viewfinder image can become difficult to see. There's even to be a 4K tap option, something that will make focus pullers... well. No focus puller working in 65mm is going to be relaxed, but stress exists on a sliding scale and a really good 4K tap will help, as will WiFi remote video.

There are all sorts of other convenience issues which might make or break a camera. Issues such as the ease of loading magazines, the availability of compatible lenses and simple concerns over weight and balance all make a big difference. The Magellan uses Hasselblad lenses and is a relative featherweight at 12 kilos.

In some ways, the design is reminiscent of Kodak's, or indeed Logmar's own Super 8 camera, adopting many of the conveniences of modern cameras. It remains to be seen whether either the 65mm or 8mm cameras will be successful, or on what scale success is to be measured for this sort of project. The wider issue, though, is whether the renaissance of film origination that's emerged in the last few years is going to continue, in the same way that people still use oil paints even though acrylics is cheaper and quicker. Recent experience suggests that at least some people are confident it will.