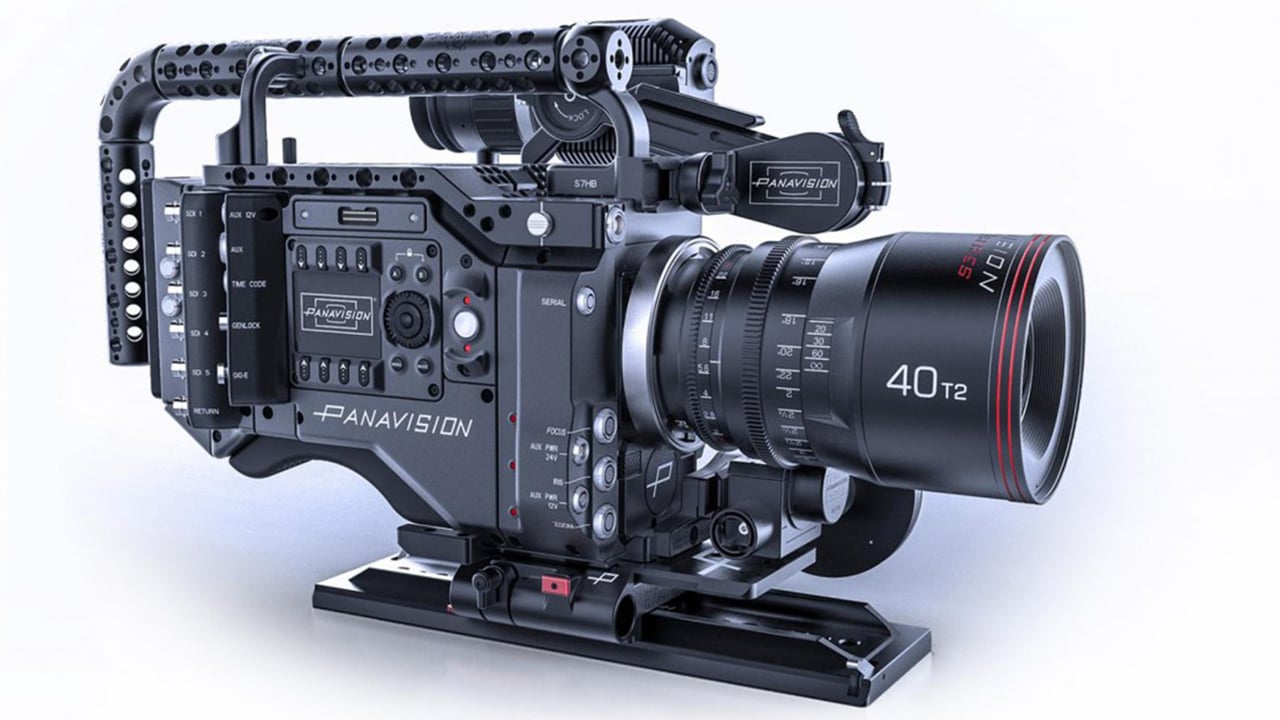 The Panavision DXL, yet more evidence of the move to 8K

If there's one thing that was made clear from this years NAB, it is that the number of 8K products is growing at an exponential rate.

Let's be clear: the existence of this article does not constitute either endorsement or criticism of the concept of video images around 8,000 pixels wide. What's certainly true is that a lot of people have started to make equipment supporting the idea, some of which makes more sense than others.

Astro, the people behind some of the world's nicest SDI test and measurement equipment, showed the Insight laser-illuminated 8K projector. There's an intimidating row of 16 input BNCs on the side, presumably on the basis that the image might be provided as 16 individual streams at HD resolution. At this point, with not even a hint of standardised single-cable formats for images this big, the standard approach seems to be parallelism. This is more or less what was done – and what is still often done – for 4K pictures. 8K could be transported as four 6-gigabit streams, presumably, but all of this only raises the slightly alarming question of where all this data is going to come from.

One of those galaxy-spanning Storbyte flash arrays, possibly. 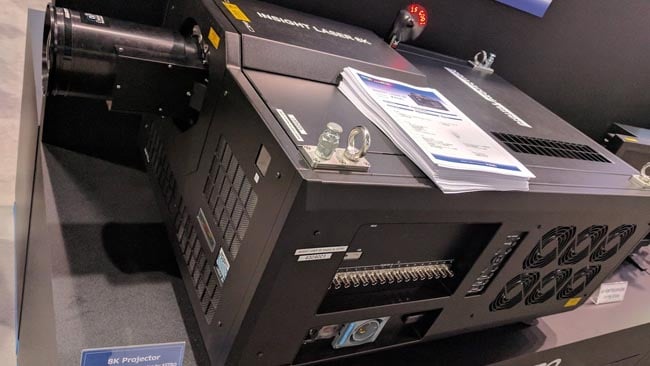 Astro's Insight 8K projector. That's a lot of BNCs on the side, to handle the enormous 8K image on the basis that it may be supplied as 16 HD-resolution regions

There seems to be effectively two approaches to 8K cameras at the moment. Both Sharp and Ikegami have shown cameras mounting Super 35mm-format lenses in recognition of the fact that trying to make 8K sensors to suit traditional 2/3” broadcast lenses is largely impractical. Even at Super 35mm size, the pixels are incredibly tiny. Sony's alternative, seen at last year's IBC, uses optical compensation to suit its three-chip block and probably achieves better pictures as a result, but it's not the tiniest thing ever. 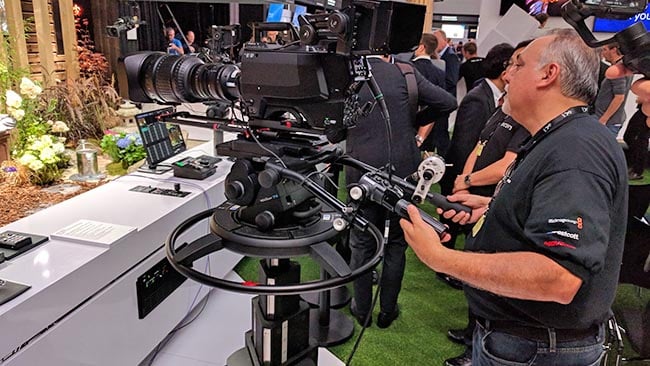 Of course, the most arresting 8K device at NAB 2018 was Sony's 8K display, but enough has been said of that. Ikegami now has 8K monitors as well. Given NHK's interest in the upcoming 2020 Summer Olympics, there's clearly a seed market in Japan at least. 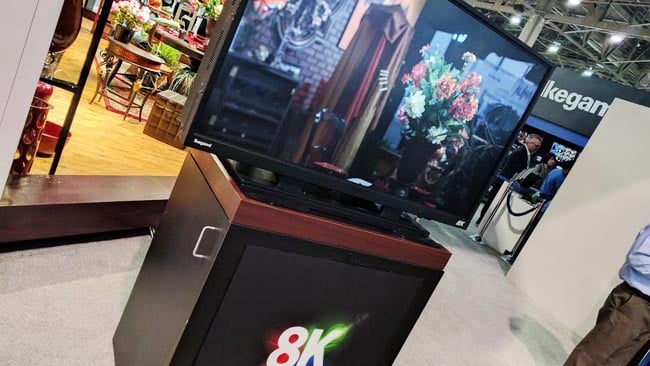 Whether there's ever likely to be more than that is still hard to tell, but 8K in general, particularly for live broadcast, has something of the smell of stereo 3D about it – a technology that doesn't have much to grab the attention of the people who need to care about it, the home viewer who's being asked to fork out (again) for another new TV to support the latest thing. Early adopters will be all over it, of course, but it's quite possible that 8K will be the final straw as regards the relentless pursuit of resolution. The difference between HD and 4K is barely visible under some circumstances. The difference between 4K and 8K is even harder to spot. Yes, there might be reasons to do it for high-end drama production, for visual effects or simply to downsample Bayer sensors for more sharpness in lower-resolution deliverables, but the utility of actually distributing 8K is far from clear.

And even if it does make it big time, we'll just find ourselves back here in another five or ten years, having much the same discussion about 16K.

[Editor's note: whenever someone says that 8K doesn't make a visible difference, it's important to realise that that may be true if you're watching on the same small screen size as a 4K image. But if you double the size of the screen, in order to get the same pixel resolution as the previously-sized screen, then you absolutely need 8K. This is a fact, not an opinion - David Shapton, Editor, RedShark]