Don't panic! Smart phones will not steal your job 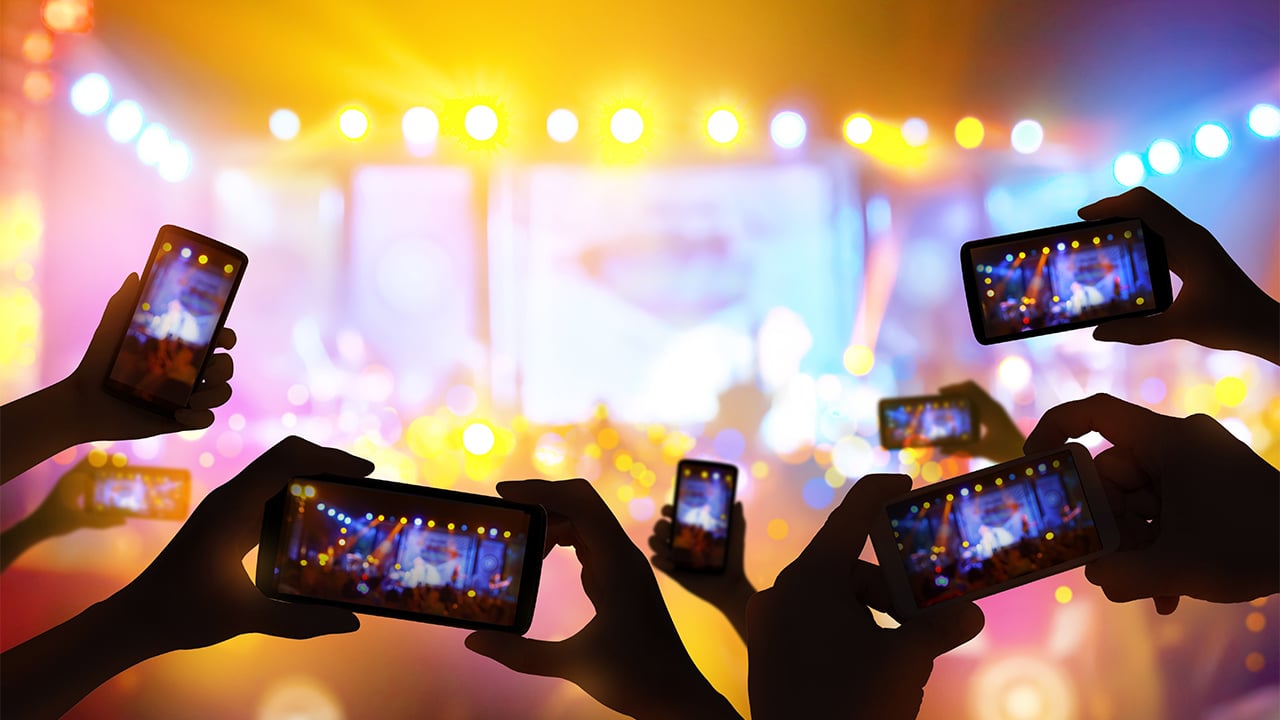 We are often told that smart phones will take over the filming world. While the two worlds, professional and amateur may well remain locked apart, the technology developed for both can still be mutually beneficial.

Two of the companies which are probably doing the most original research on camera technology don't exhibit at the film and TV trade shows. That's because neither Apple nor Google really care if anyone shoots the next blockbuster with their technology.

They'd probably take advantage of the fact if someone did, of course, but it isn't going to shift nearly enough units for them to be terribly bothered about it as a market. Equally, some of the technology that's starting to drift into phones might eventually make it to movie cameras, once it's good enough. The way they use multiple quick exposures and combine the results while compensating for camera shake is a particularly good trick. A movie-grade implementation of that – which doesn't currently exist – could provide a movie camera using a 180-degree shutter with an extra stop of sensitivity or dynamic range.

It's not simply about the technology

For once, though, this isn't just about the technology. There's also the now established reality that people are often asked to frame moving images with the square format of Instagram in mind, among many other socially-mediated applications of the moving image. Cell phones may have screens with resolutions beyond HD, but they're often so small it barely matters and the image tends to have been cruelly compressed. Cinema audiences have been gently falling for some time. So, is the future one in which moving picture work will predominantly be a small-screen, small-scale production, shot and viewed on the same sort of hardware, as has been claimed?

Netflix, Amazon, Hulu and others say no. Video on demand is a technology that's been yearned for almost since the dawn of television, and now there's a reasonably robust way to do it there's no great surprise that it's been a massive hit. People watch these things because there's absolutely still a desire, even a growing desire, for high-quality programming. Yes, the over-the-top (OTT) video services represent perhaps an unprecedentedly good deal, but, ultimately, the numbers don't lie. Conventional programming isn't dying in the face of user-generated content. YouTube may be making a huge amount of money (it absolutely is making a huge amount of money) but this doesn't seem to be a zero-sum game.

Perhaps conventional, appointment-to-view TV has suffered at the hands of video on demand, but the production techniques are still being well used. In fact, if anything, the fierce competition between the major players has resulted in episodic TV being pushed toward very high-quality productions which demand equipment and technique more akin to that applied to the best feature films. High-end production is not failing in the face of social media and user-generated content. It's thriving, based on the same networking technology that's made both things possible.

But where does this leave the cell phones? Are they about to displace high-end camera equipment?

Yes, people do actually claim this, but at least in the short to medium term the answer is clear. Regardless of their imaging capabilities, the sort of crews who shoot Netflix shows aren't likely to be enthusiastic about shooting on cell phones or other tiny cameras and, frankly, nor are they likely to be very experienced in squeezing quality out of anything less than the best gear. Assuming there's a crew that's up for it, though, and overlooking the practicalities, there are still some taxing problems with cell phones as serious cameras.

Storage and power consumption are two major issues that aren't really solvable, especially given the fairly sluggish offload performance of a cell phone on its USB3 tether, and the non-removable battery. Viewfinder performance is a bugbear – the display is good, but there's no practical option to use a loupe in the sun, and no way to connect an external monitor. Most phones have a wide-angle lens only. Even if we assume the cameras to become very good and storage so easy that we barely have to compress the footage, there are serious problems. This is why Sony and Canon have entry-level cameras. If anything's going to displace the high-end, it's things like Blackmagic's Ursa Mini, once someone realises that they can keep many bodies around and still save a fortune. Cell phones and other ultra-miniature cameras? Sure, for some types of shooting, but there'll still need to be cinema cameras at some level.

There's no triumphalism here; traditional and new media are not competing in the areas we've discussed. They do very different things and the success of one is not contingent on the failure of the other. People are already making a living between both worlds. Great. More work for everyone.