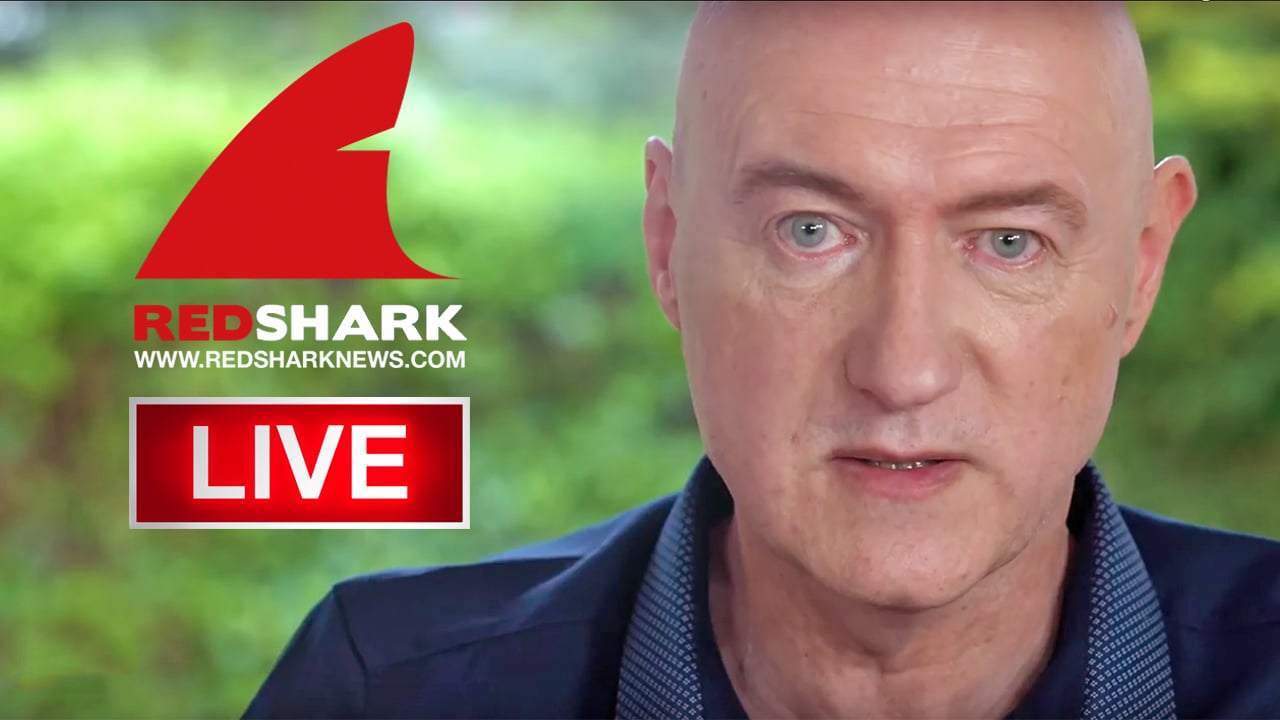 RedShark Live was great fun. See what happened below

Watch the show here or below in the embedded video. Note that there are a few seconds of black at the start.

On Friday we produced our first RedShark Live TV show. We had the dual challenges of figuring out what to talk about (not difficult at all - the hardest bit was fitting it into 25 mins) but also buidling a live TV studio. We give you some details below but I'll write it up in full shortly because it was a really great excercise for us. It's easy enough to imagine what you have to do - but quite another when you have to actually do it, and do it to a deadline, and to a budget.

Live TV is fun, because anything can - and almost certainly will - happen. We were pleased with the quality. We lit it carefully, paid attention to the sound, and used a Matrox Monarch HDX encoder which does seem to have done a great job of preserviing the images while sending them off the YouTube Live.

Live streaming is taking off

We've found that live streaming is taking off in a big way. Partly it's because it's possible now without breaking the bank or the broadband connection. But it's also because video is becoming the default "best effort" in so many fields of communication.

And it's changing all the time. There are new services, new equipment and new ways to watch.

Here's how we did it

(You can see some of our kit in the picture below, untidily set up for testing) 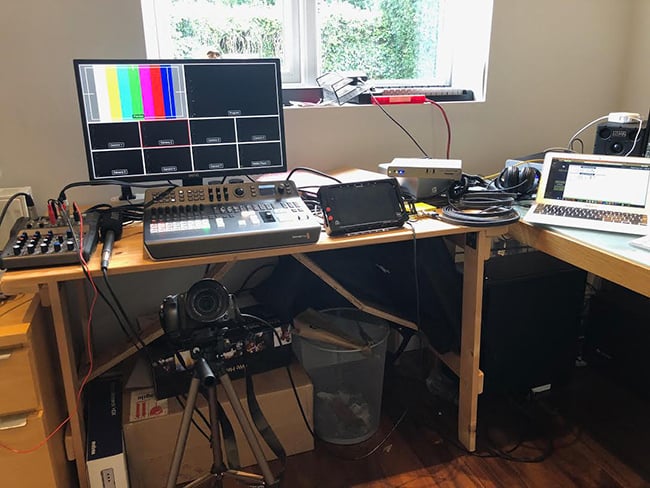 First, we're not using broadcast cameras for this. We could have chosen to go down this route and we might eventually, but we opted for simplicity and chose three small Sony cameras: an A7S II, an RX10 and an RX100. All of these give excellent pictures without any fuss, and because they all come from the same manufacturer, they seem pretty well matched.

We feed the signals from the three cameras into a Blackmagic ATEM HD Studio HD Switcher. It's hard to put in to words just how capable this unit is. It is literally like having the insides of a big broadcast studio sat on a table in front of you. Once you get your head round the menus and the way the controls work, it's fairly straightforward. Helpfully, the ATEM has a multivew monitor output that lets you see all the camera inputs, as well as the preview and program output.

The program output from the ATEM is fed directly into a Matrox Monarch HDX. This is a small, solidly-built device that is far more versatile than its modest apperance would suggest.

It has two channels of encoding built in. Both can be used for streaming, or one for streaming (say to YouTube or Facebook) and the other for recording H.264 onto an SD card. It has both SDI and HDMI, with outputs for monitoring.

It's a great unit: we've been running it non-stop for nearly a week and it's been rock-solid and very predictable: exactly what you want for live streaming.

We've paid a lot of attention to audio. We've got some AKG Lavallier mics that go into a small mixing desk that supplies phantom power. The mixed output from the desk goes straight into some XLR inputs on the ATEM switcher. For reassurance, you can monitor the audio visually on the the multiview output from the ATEM, and on headphones from the audio output on the Matrox.

So, that's how we're going to do it. Try to be there at 5:00pm UK time (That's 12:00 midday East Coast and 9:00am West coast - and, with appologies, it's the middle of the night in Australia: 2:00am in Sydney and midnight in Perth. For our Australian and far-Eastern friend, I'm sorry but we can't do anything about the shape of the planet.

But the show will be available to watch on-demand afterwards, so hopefully everyone will get a chance to see it.

We're looking forward to the show. Hope to see you then (and when we're streaming, please share to your friends!).