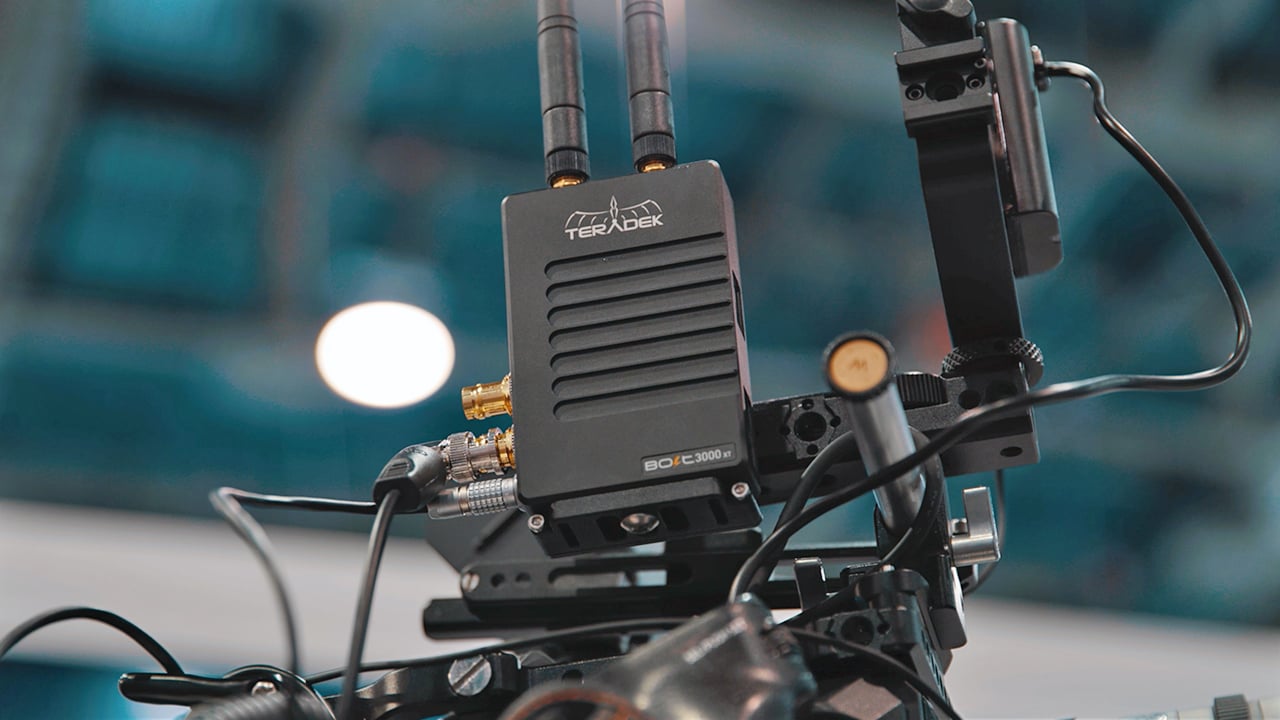 Teradek's wireless video systems have seen some big advancements, and now it doesn't matter what sort of budget you have. Decent high resolution transmission is within your graspn whatever your budget.

Not so very long ago it would be considered a feat if you could transmit SD video over short distances when it came to affordable wireless video. It is a different story now, with Teradek creating a bit of a corner in the industry for itself, building high quality, reliable video transmission systems for all types of budget.

This year at NAB it showed off its new visually lossless transmitter, the Bolt 10K. This transmitter can beam video over distances up to 10 kilometres, retaining high resolution and quality all the way. However Teradek had a couple of other useful products on show this year. The Bolt XT and the Bolt LT.

These wireless systems cater to opposite ends of the budget spectrum. The XT being the gold standard, while the LT is designed for more modest budgets. But both systems would appear to be well specced, and well buiilt.

The Bolt XT system offers transmission ranges from 500ft at the low end, to 10,000ft at the top tier. It is compatible with previous and current generations of the Bolt system, meaning that it can be incorporated easily into existing infrastructures.

The transmitter has HDMI, 3G-SDI and a looping 3G-SDI input. The receivers in the range also feature HDMI and dual 3G-SDI outputs.

Security features highly with the system, with video being encoded with the AES 128-bit encryption system. Teradek have also being placing a lot of consideration into how the system can be mounted. It has incporated a NATO rail on the receiver, and a number of 1/4”-20 and 3/8” mounting points, along with an ARRI Rosette on the transmitter. Power can be supplied using either Gold Mount or V Mount batteries. On the Bolt 500 XT there is also the option of using bi-directional Sony L-series or Canon E6 batteries.

The Bolt LT is available in ranges of 500ft and 1000ft. The LT is being marketed as the no-frills solution to wireless video transmission. The LT transmitters feature a single 3G-SDI or HDMI input with a matching looping output, while receivers again feature a single 3G-SDI or HDMI output. The LT also features AES 128-bit encryption capability. Power can be supplied via bi-directional Sony L-series batteries or Canon E6 types.

In this video from NAB 2018, Michael Gailing, Director of Marketing for Teradek tells us more about the new products.