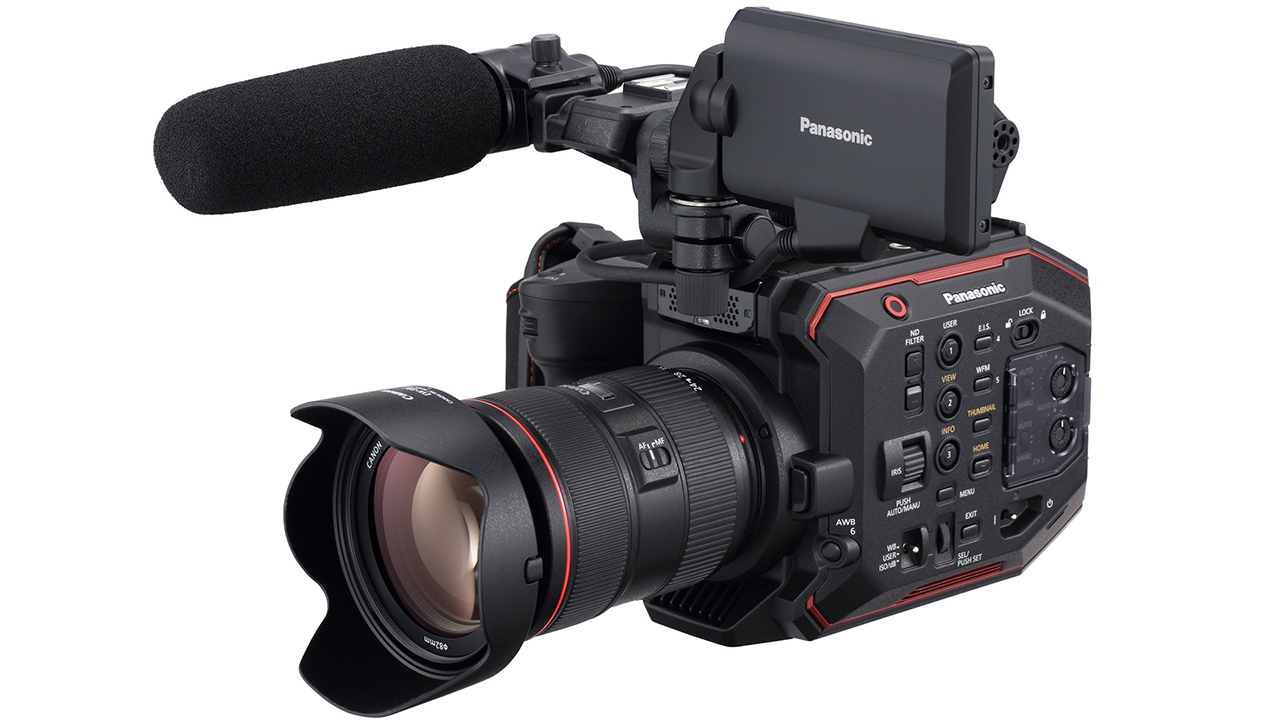 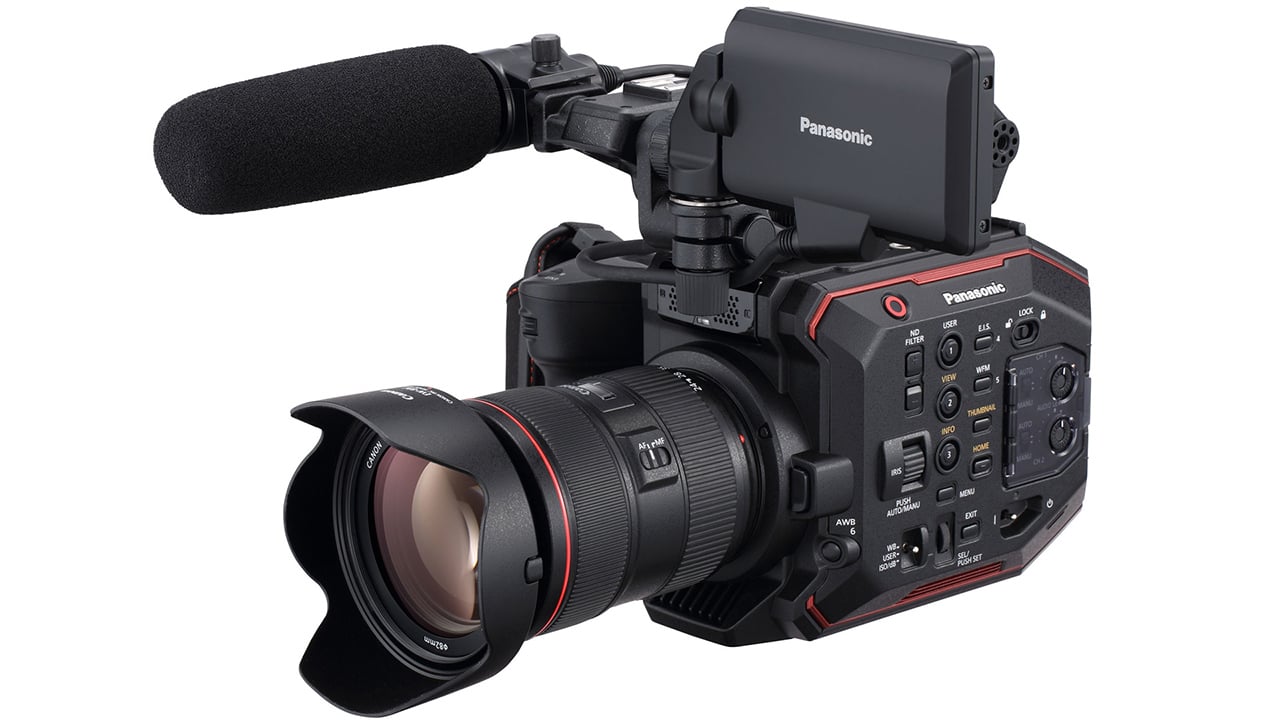 Panasonic’s 100 years old this year. It has obviously been making digital video cameras for somewhat less than that but nevertheless it’s quite sobering to think that there even are century-old technology companies.

We’ll run through the major announcements here. They’re all significant in their own way.

Studio cameras are becoming more capable as the future approaches us like a tornado. 4K and HDR are now a staple part of broadcasting’s future, as is slow motion.

The AK-UC4000 does all of these with 4.4K native resolution and 240 fps capability. (240 FPS capability will be introduced through a software upgrade in Autumn/Fall 2018). 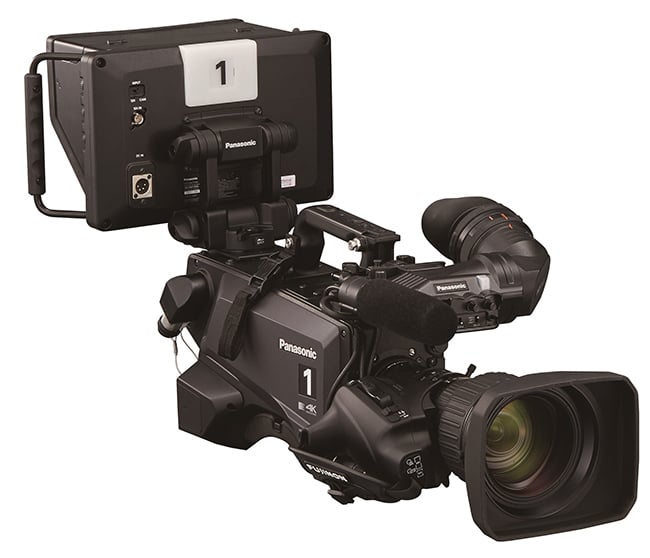 The EVA1 camera has just received what is these days considered to be an important accolade, which is that it’s been certified as a suitable video source for Netflix.

Meanwhile, the lightweight 5.7k camera has received an important update.

EVA 2.0 is a free firmware upgrade that allows recording with All I-Frame formats and raw data output at 5.7K. The timing of this is excellent because it means that both the EVA1 and the VariCam LT will be able to output to Atomos recorders that support ProRes Raw, and that this material will be editable in Final Cut Pro X with all the flexibility that comes with Raw and without the crushing data rates and processor overhead. It means, essentially, that you’ll be able to work with Raw footage from these cameras as easily as you work with “normal” video files.

It’s a 1 ME switcher, remote camera controller with graphics overlay capability. It combines streaming/recording and an audio mixer function to act as the hub for a one-person live streaming operation. NDI support is significant because it will not only simplify cabling, but will allow easy integration with dozens of other NDI devices by third parties. (NDI is an openly available Video over IP protocol created by NewTek.) 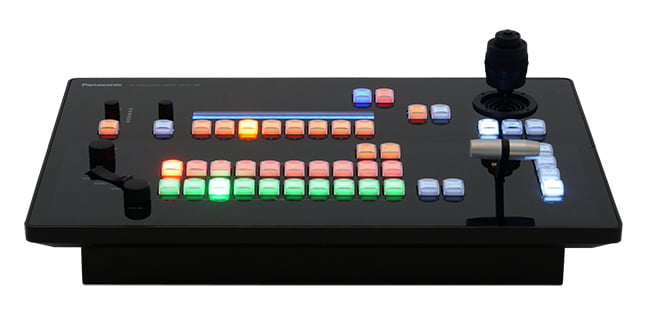 This firmware upgrade allows the LT, which is at core a cinema camera, to operate as a live TV camera. It can also operate “as live”, recording “as live” to internal media. This new firmware represents an important new direction for the VariCam LT and it’s clear that a lot of work has gone into making it integrate deeply with the quite different demands of live TV production.

There’s nothing that’s going to stop the Earth on its axis here, but while there are no big headlines, these announcements show that Panasonic continues to innovate and to create thoughtfully designed products.

Panasonic's press release follows on the next page.

LAS VEGAS, NV (April 8, 2018) – Panasonic is marking its 100th year anniversary with a wide-ranging display of products, technologies and solutions for production and broadcast professionals here at the National Association of Broadcasters (NAB) show.

Under the theme, “Welcome to our next 100 years of Innovation,” Panasonic debuts the:

Visitors to Panasonic’s NAB booth C3607 can view an array of technology demonstrations and content presentations, including:

Panasonic will also be demonstrating NDI®-based workflow at the NDI® Central Pavilion at booth SL5516.

*High-speed 240fps will be supported with firmware upgrade in fall 2018.