Nine female DPs who are making big waves in cinematography 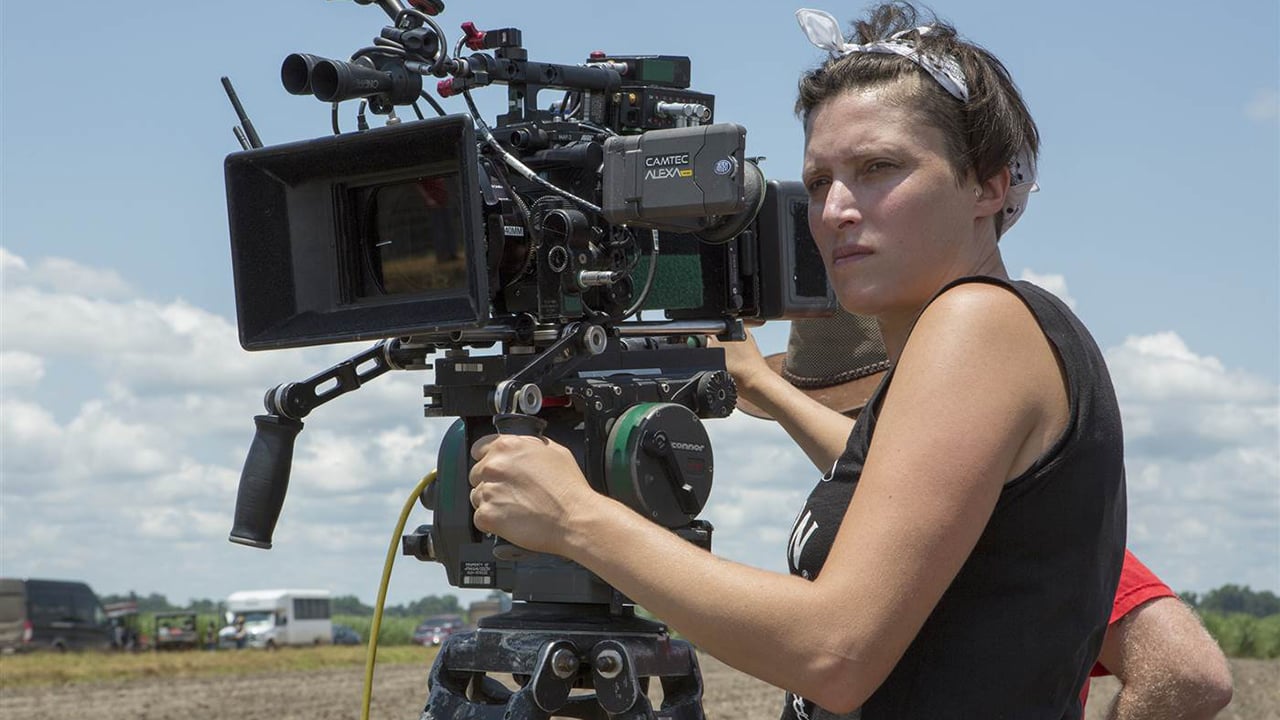 Rachel Morrison ASC was nominated for her work on Mudbounc

With International Women's Day upon us this week, we decided to celebrate by highlighting nine female DPs who are working at the top of their field in this new two part series.

Rachel Morrison made history this year when she became the first woman to be nominated for the Best Cinematography Oscar. Although she didn’t win, it was a wake-up call for us all to rethink our assumption that the person behind the camera is always a man. To celebrate International Women’s Day, I’m going to highlight the work of Morrison and eight other female DoPs who are lensing mainstream productions you’ve probably seen, and discover their career paths. All of these women are great role models for any aspiring DoP.

Morrison started taking photos at a very early age, but by the time she was majoring in photography at NYU she had already realised the greater emotional impact of motion pictures. She went on to study cinematography at the American Film Institute, but then found herself stuck shooting unfulfilling reality TV. Eventually she was offered an exciting commercial which encouraged her to take the plunge, quit reality TV and hold out for projects she really connected with. The rest is history: an incredible run of indie features - eight of which premiered at Sundance - and a string of award nominations and wins, culminating in her groundbreaking nomination for Best Cinematography at this year’s Oscars, for Mudbound. She has also joined the small pool of women shooting the biggest of the blockbusters, with the $200 million Marvel juggernaut Black Panther currently playing in cinemas to rave reviews. Building on her previous collaboration with director Ryan Coogler (2013’s hard-hitting drama Fruitvale Station), Morrison lensed Black Panther wherever possible with a single camera, often shooting handheld for intimacy, but with deep focus to show off the scale of the sets and costumes.

Raised in the USA's Pacific Northwest, Calahan studied advertising art, illustration, and graphic design. Her first job was at a TV station, where she worked as an art director but also got involved in lighting sets. She joined Pixar just as the company was starting out, becoming the lighting supervisor on Toy Story, before graduating to director of photography for A Bug's Life, Toy Story 2 and Finding Nemo. In 2014, Calahan became the first DoP working purely in CGI to be admitted into the American Society of Cinematographers (ASC). By this time, her extensive experience of studying and mimicking natural light had led her to take up landscape painting, and for Pixar's next release, The Good Dinosaur, director Peter Sohn used Calahan's landscapes as the visual template for the entire look.

Born in Denmark to a dairy farmer and a hairdresser, Christensen taught herself to tell stories with still images, before moving to the UK to study cinematography at the National Film and Television School (NFTS). She spent much of the noughties lensing shorts, before teaming with Danish director Thomas Vinterberg on 2010’s Submarino. Two more collaborations followed, The Hunt - for which Christensen received Le Prix Vulcain de l'Artiste Technicien at Cannes - and period romance Far from the Madding Crowd, putting Christensen firmly on the map. Her credits since then include Emily Blunt vehicle The Girl on the Train, crime drama Molly’s Game for director Aaron Sorkin, and Denzel Washington’s critically-acclaimed period drama Fences. She commonly shoots on film, preferring to avoid the distractions and quest for perfection which come with a crew gathered around a digital monitor.

A German cinematographer and director, Foerster is perhaps best known for her collaborations with her compatriot Roland Emmerich. After working as an FX unit DoP for him on Independence Day and Godzilla (1998), then second unit DoP and director on Tomorrow and 10,000 BC, she graduated to first unit DoP on Anonymous and White House Down. Anonymous is an independent historical thriller suggesting Shakespeare's plays were actually written by Lord Oxford, while White House Down is of course an all-out action thriller. On the latter, Foerster came up with a number of clever tricks to hide the lighting units from the wide lenses she favoured. She also worked hard to sell the sound-stages that most of the movie was shot on as real day-lit interior and exterior locations. Foerster's directing credits include Underworld: Blood Wars, and episodes of Outlander and Criminal Minds.

In the second part of this article we’ll discover the women behind the lenses of TV shows like Poirot, Sherlock and Humans, as well as acclaimed movies like Hidden Figures and Eternal Sunshine of the Spotless Mind.