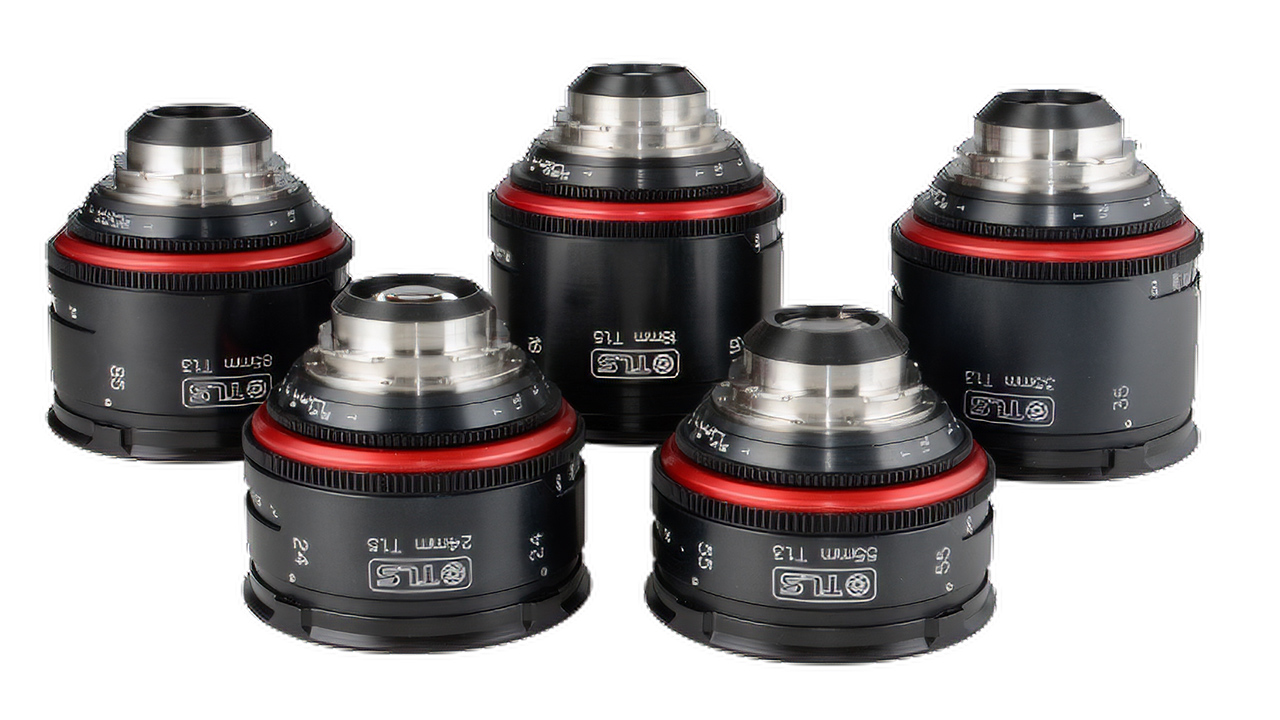 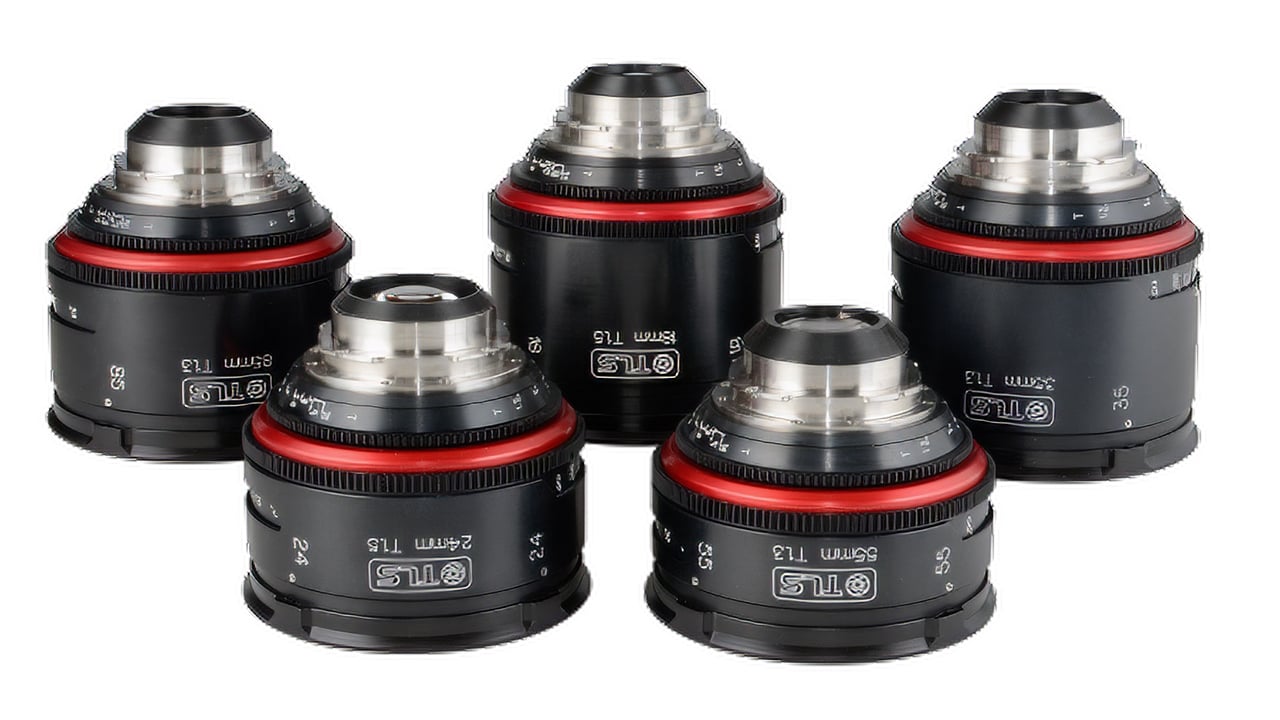 Demand for vintage lenses is great, as the re-housing of the Canon K35 series by TLS attests

Cinematographers will often have a favourite lens or set of lenses that gives them the look they are after. With the demand for vintage lenses, Adam Hamer postulates whether the glass in front of your camera is the cinematography equivilent of a an artists paintbrush.

Lenses are the toolsets of choice for cinematographers and photographers. As the tools of the craft, different lenses have different effects on the final images. With the variety of modern capture formats and the increasing resolution of camera sensors, the lenses used to create the visual works of today are increasingly important.

Digital sensors increasingly have a standardised design with CMOS sensors dominating the current spate of cameras. This standardisation of capture formats has led to a uniformity not before seen in the realms of image capture. The similarity of sensor designs in various digital camera systems has made the glass placed between the subject and the imaging plane more important. Combined with the increasing resolution of modern day sensors, the world is experiencing a shift from a focus on the resolution of a camera sensor to the glass that is placed in front it.

The demand for vintage lenses

This shift has created a new demand for once worthless vintage lenses. As artists seek to define their work as unique in a hyper-competitive modern landscape where everyone and their nephews are now “photographers and videographers” with 4K cameras on their phones, specialised tools of the trade have become of paramount importance to professionals and craftsmen alike. Lenses in the visual capture mediums are often looked at as akin to paintbrushes in the world of painting.

Each lens has its own distinct characteristics and look, due in part to its resolving power, chromatic aberration and distortion profile as well as the coating on the lens itself. The age of a lens often adds distinct characteristics to the image rendered by a particular lens unit. Vintage lenses, as aged pieces of glass, develop unique degradations through the ageing process. They are now becoming highly sought after as tools for the modern image maker. Vintage lenses are often paired with modern high-resolution sensors in an effort to take the clinical edge off of a perfectly rendered image. 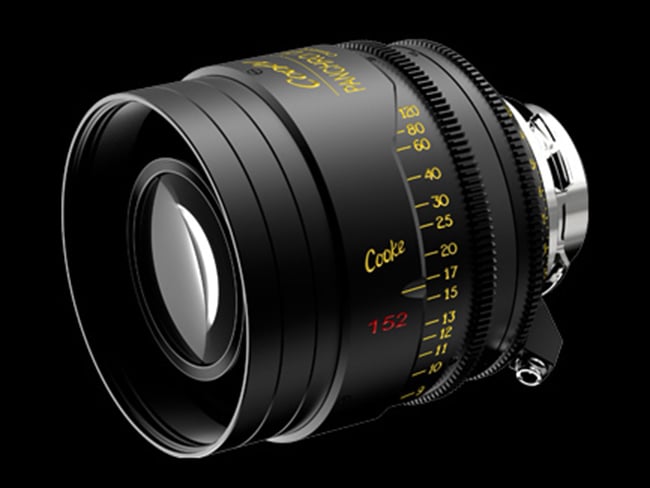 As lenses are ultimately tools used to tell a story, each lens can be looked at as right or wrong for a particular scene or story being told. This judgement is individual to a particular artist but serves to determine their particular style or feel. Take, for example, a modern cinema lens which is reflective of the higher echelons of modern engineering and is capable of rendering a near technically perfect image in terms of distortion, chromatic aberration and resolving capability. This look can be well suited to a narrative which skews modern in style or has a complicated and multifaceted storyline. For example, imagine the story of a crime or a medical procedural drama. In these hypothetical narratives, a clinical lens can help to bring the world of the story to life by creating a visual analogy to the story through the choice of lens.

Conversely, lenses with significant distortion can be used to draw attention to particular elements of the frame and can be well suited to grittier stories or a period piece. The most prominent style of lenses with significant elements of distortion is anamorphic in terms of optical design. Anamorphic lenses, which compress space, create many different types of aberrations. These distortions are often favoured by actors, as it is commonly thought that anamorphic lenses’ technical defects favour performance, in the sense that they highlight an actors movements and face, and separate them from the rest of the frame in a way unique to the nature of a compressed, and subsequently a decompressed image.

Lens choices are of greater importance in today’s world as large format cinematography has enabled more choices than ever for the modern filmmaker and cinematographer to select from. Take, for example, Panavision’s recently announced DXL 2 which utilises RED’s Monstro VistaVision sensor with a whopping 40.96 x 21.6mm sensor plane. This large format sensor creates significant differences in spatial relationships as well as depth-of-field that will allow for many more technical options a craftsman can use to control the final image. These choices are enabling the use of large and medium format optics on modern productions.

As these lenses with larger image circles render space differently than smaller lenses and create Uber-shallow depth-of-field, many more tools are at the disposal of today’s creators to define the image characteristics that they want their projects to have. These unique characteristics, when employed intelligently, help to bring narratives to life with a well thought-out technical choice. Conversely, if one is seeking a deeper depth-of-field, one can easily opt for lenses which are designed to work with smaller formats. These lenses, such as super 35mm or 16mm cine lenses, can create very deep depth-of-field which will ensure that an expansive image plane with dynamic depth is in sharp focus.

Lens design and coatings or lack thereof, play an important role in the ultimate image that a lens can render. Coatings were created to reduce flaring in an image and allow for greater contrast and colour reproduction in the final rendering. Conversely, uncoated optics have become rather en vogue for their ability to create an image which lacks almost all contrast and has a soft, rather blooming, look to the images it creates. Uncoated lenses and coated lenses also affect the nature of lens flares. A set of lenses should be tested thoroughly prior to professional use in the field, in an effort to understand particular defects or misalignments, as well as to get a sense of the unique image characteristics of a piece of glass. It is of prime importance for filmmakers to test their lens systems prior to any project so they can be aware of the distinct look a lens creates and make sure it is an appropriate match for the project at hand.

In this sense, the choice of a lens is one of the single most important aspects in determining the final look of a film or still photo shoot. The choice of a lens with a coating or without further exemplifies the great number of choices in optics and filtration that are available in the world of modern filmmaking. As lens coatings are also extremely variable in terms of effects and materials used, the coatings themselves can create vastly different looks in terms of chroma reproduction and lens refraction. Many old coatings were made of mildly radioactive materials and have distinct effects when used on camera sensors or imaging planes. These radioactive coating elements are said to boost contrast and create unique reproductions of colours that are unlike lenses which lack radioactive or rare earth elements in their coating design.

How the design affects the look

The design of lenses affects the final image greatly. Zoom lenses, which are technically very complex, can create images with different characteristics from prime lenses and open up the use of different practical and spatial effects to the cinematographer. This is due to the moving elements of glass in a zoom lens and the longer barrels used to create such a lens. These longer barrels also create unique lens refractions and reduce the amount of light coming through the lens.

Conversely, a prime lens, which often will allow in much more light, can more easily eliminate undesired flaring which could result from the complex layout of glass in a zoom lens. On the opposite spectrum of the lens world, PL mount pinhole lenses are becoming popular and offer unique characteristics to an image as they are one of the most primitive and simplistic designs for an imaging front element. The amount of choices afforded to a visual artist has never been greater, ranging from complex zoom lenses and high-speed primes to anamorphic, pinhole, fisheye and tilt-shift speciality optics.

As lenses are infinitely variable in design and the ultimate look that they create, the choices have never been more interesting for the modern photographer and cinematographer. One can select from modern or vintage lenses, coated or uncoated, highly resolving or softer to create an infinitely variable number of looks for a modern film or photography shoot. This variability in the image that can be created by a modern camera technician through the selection of a particular lens, is a perfect analogy to the painter and the many types of brushes and paint tools that are available to distinctly bring stories to life in a visual medium. The variability in choice of lenses or brushes allows modern craftsmen to accent stories through the well thought out application of the many tools available. In this sense, the modern day cinema technician is able to select the appropriate tools for their needs to bring the worlds of any visual project to vibrant life.