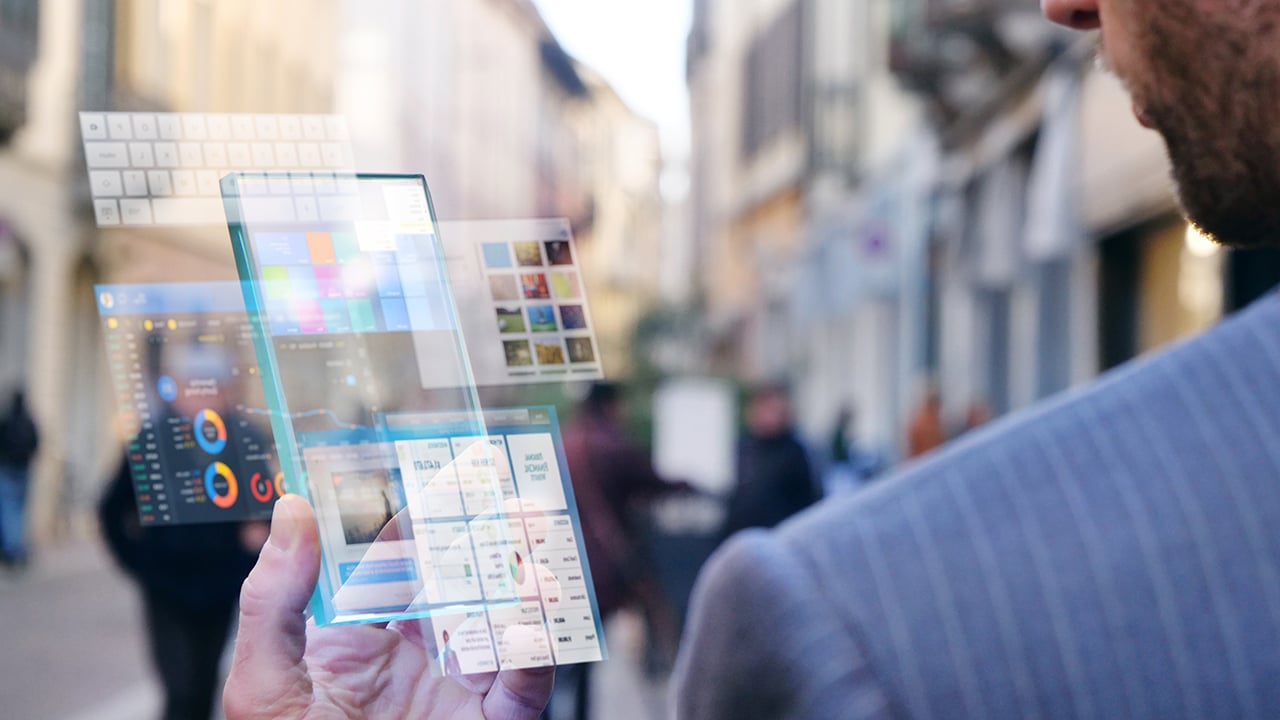 It is exciting as the original endeavour to broadcast the first television images. The race to show true 3D motion images floating in space is well under way. New start up Light Field Lab has raised a considerable investment sum for its own holographic display method. But it isn't alone in the race to produce the first viable product.

Start-ups need funding, and raising a few quid is a routine and usually not a noteworthy piece of business – except when your technology promises to display holograms – commercially and within two years. Light Field Lab, which launched barely a year ago, has raked in a sizeable $7 million to further its “revolutionary” concept which it confidently forecasts “will enable real holographic objects to appear as if they are floating in space” without the aid of glasses or other headgear.

That ambition would appear to trump Magic Leap, which, as has been revealed, is working on holographic projections using glasses and a computer backpack.

The Silicon Valley-based outfit calls its technology a “full parallax holographic display” and aims for what new investor Vinod Khosla calls “the holy grail of optical display” which is able to interact with realistic 3D holograms without all the diverting paraphernalia of having to wear something.

Details are sparse, but it’s also less secret squirrel at this stage of its R&D than the billion dollar-funded Magic Leap. That’s probably because its founders, most of whom came from light field camera developer Lytro, believe they have something tangible that will make it out of the lab and into commercial use very soon.

Some hints of its direction were given last September at IBC, where co-founder Jon Karafin gave a presentation.

“We have a novel illumination system and a very complex set of optics that allow us to create a completely flat-panel holographic display,” he explained. “It will look like a flat-panel display and this is the game-changing aspect of our specific implementation.”

More information has since emerged. Karafin confirmed to Business Insider that the device “looks a lot like a little TV or screen that projects the holograms in front of it”.

The five-employee Light Field Lab is hiring and plans to use the funding to perfect a prototype and demonstrate it can move into larger scale manufacture. For now, this means a very small panel, about four by six inches, according to Business Insider. Other reports suggest the modules are 2 ft x 2 ft.

In any case, the plan, it seems, is to stack the panels together and stitch the images with a resolution of something like 16K x 10K or as the company says “up to hundreds of gigapixels of resolution”. These 100+ foot wide screens could be placed on floors or ceilings and would project holographic images into a 3D space.

The firm sees early adoption in large-format location-based entertainment venues. This includes staging holographic experiences at live events like concerts, an advance on the Pepper’s Ghost style illusion that has been deployed for a century.

At IBC, Karafin talked about an experience “like watching a play in a theatre” where everyone sees the same narrative but views it from their own place in the audience.

“Our passion is for immersive displays that provide a group social experience, instead of one where the whole audience sees a single identical view but is blocked off from each other by headsets or other devices,” he said before mysteriously adding that the light field can be creatively changed so that everyone sees the same thing “or completely different things.”

He also mentioned augmenting the holographic image with more senses, such as smell.

What Light Field Lab is not doing, it seems, is generating the holographic imagery in the first place. Presumably, with its hot links to Lytro (although one may assume that Lytro investors were none too happy that their key technical staff jumped ship) Karafin and co will have first-hand knowledge of the development for light field capture and products such as the Lytro Cinema Camera. This is currently a machine the size of a small car being trialled in Hollywood on select VFX sequences but one for which there is a roadmap which sees it whittled down to a handheld.

Generating holographic content may be the bigger issue in the mid-term. It was, along with uncomfortable glasses, the Achilles heel of stereoscopic 3DTV and is also hindering adoption of VR, according to Futuresource Consulting’s Michael Boreham.

“A key issue is the lack of killer applications for VR that will drive consumer uptake and this has proved to be a major limiting factor impacting growth,” he noted.

With money being thrown at developing light field, volumetric or holographic technology (the terms are interchangeable), perhaps more attention should be paid to how cinematographers and directors – or should we call them light sculptors? – can create using the medium.

If Karafin envisages “narrative” holographic experiences with his system, then he also needs to get storytellers onboard.

For too long the cliché of Princess Leia holographically sculpted out of R2D2 has been the trick by which all futuristic display tech is measured.

Academics at Brigham Young University in Utah claims to have cracked the creation of the first “free-space volumetric display”, capable of reproducing full-colour graphics floating in the air, visible from all angles.

The so-called “optical trap display”, works using a bizarre but disarmingly simple technique in which individual particles in the air are tracked and then illuminated at an appropriate time with RGB lasers.

The Guardian reckons the image is “3D-printed” with the glowing tiny particle creating a visual image as it goes.

While the images are currently either tiny or very slow to create, that hasn’t stopped the researchers from posing as Princess Leia and mimicking the Star Wars scene.

Clearly, with a lot of work to be done to get this attempt anywhere near practical, the concept is one step ahead of Light Field Lab in that this really does seem to get rid of hardware. There are no screens here – just lasers beaming onto common-or-garden particles floating all around us. Who’d have thought this particular science-fiction miracle would come down to dead skin and microbes?