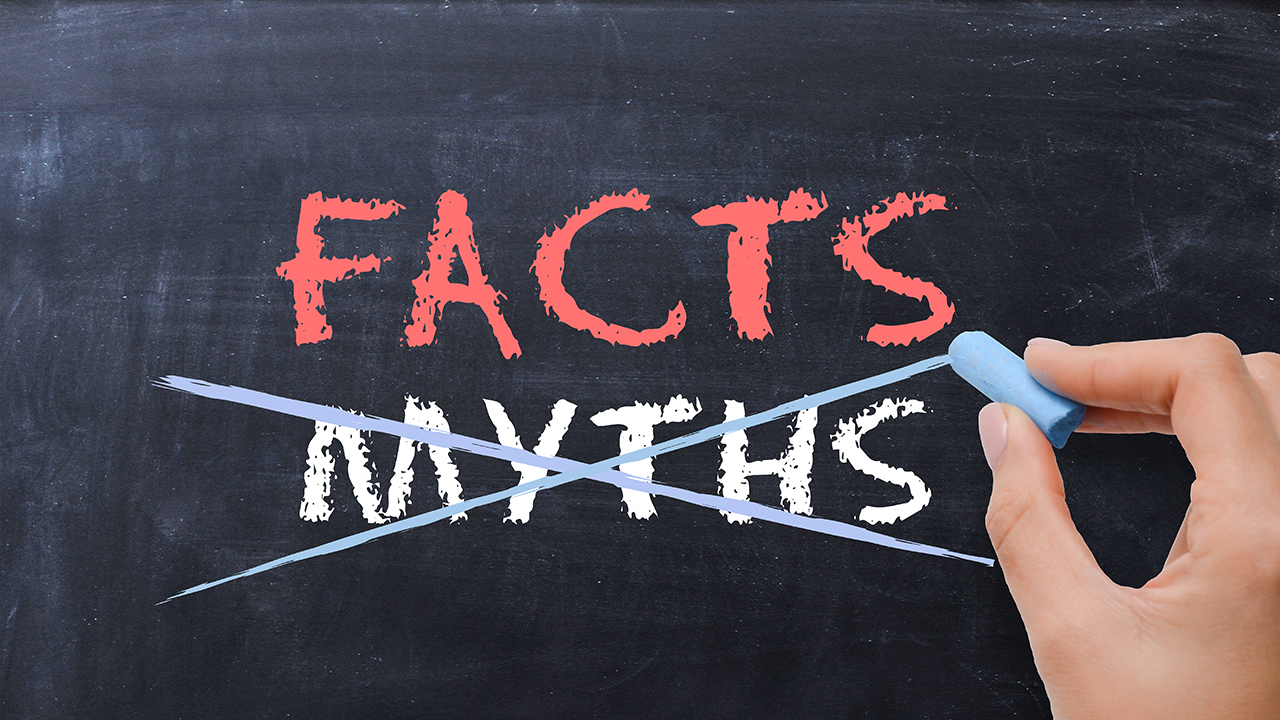 5 minute read
Let's get us our facts straight

Replay: Facts have been one of the biggest casualties of the seismic political events that have taken place on both sides of the Atlantic in the last year. Let’s not go down the same path in our own field of digital video.

It’s really quite surprising that if you ask a group of people what they mean by “fact” they won’t be able to tell you - or at the very least you'll get several different answers. This is kind-of important.

We’ve had quite a few articles recently about resolutions beyond 4K and we have more coming. It’s a complex issue and you can see from the comments that not everyone agrees with us or other commenters.

I think at least one of the reasons for this is because there’s not enough - very little, actually - agreement about the facts. Not agreeing about facts is a problem because facts are supposed to be the very thing that everyone can agree on.

So at the risk of this sounding a bit like a first year philosophy lecture, let’s make sure we all agree what we mean by the term “fact’ Please do stay with me because this approach has enormous benefits to any debate, and that includes the one we’re having at the moment about high resolutions.

There are three types of fact. They’re all facts, but they come about for different reasons. First of all, there’s the type of fact that is true without you having to do any sort of investigation. Here’s an example:

“Either it’s raining or it’s not raining”. You can’t disagree with that, because it’s true in all possible circumstances. There isn’t a place in the world or (I’m confident of this) the universe, where that statement isn’t true.

It’s also a pretty useless fact, because in order for it to be true in all possible worlds, it’s necessary that it doesn’t actually tell us anything.

I’m going to introduce three technical terms here. If you’re not into this kind of thing, avert your eyes and move on to the rest of the article.

This kind of fact is called a Tautology. For a sentence or “proposition” to be a tautology, it must be true in any imaginable circumstance. As we’ve seen, the downside is that it’s such a general statement that it doesn’t really increase the sum of human knowledge.

But Tautologies are useful if only to remind us that if they weren’t always true, then it would be a problem. If it were possible to be both raining and not raining, virtually nothing else would make sense, because the laws of logic would be broken.

You can also use your knowledge of the nature of tautologies to reduce complicated arguments to their bare bones and verify whether they are valid or not.

The second type of fact is where something is true by definition. You wouldn’t get very far in life with a personal opinion that triangles have four sides. No-one would want to debate this with you whether they’re a six year old or a university academic. You’d be simply wrong by definition.

Most of math(s) is true by definition. It works according to a set of principles (“axioms”) and as long as these are held to be true, then so are all the calculations and derivations that are based on these axioms.

The third type of fact is one based on observation. You might want to argue that these facts are more open to interpretation but very few people would dispute that the sun comes up in the morning. Nobody is likely to say “I have a more nuanced view on this, which is that the sun rises in the evening”. If they do, then they probably need to get out more.

Scientific facts come into this category but they have the formal backing of the scientific method, which is that if enough evidence is found then a phenomenon is taken to be a fact. Good science will challenge other scientific work. If previous work is found to be untrue, science willingly moves on until a more robust theory is chosen. Generally we have an enormous body of knowledge based on very solidly proven scientific facts. Sometimes, though, anomalies arise that can’t be explained by the current scientific literature. If these anomalies don’t go away, or even, perhaps, become more frequent, then a paradigm change happens, where a new set of theories take over, like the change from Newtonian Mechanics to Einstein’s theories of Relativity.

Some would say that scientific facts are therefore not real facts. But they are very real. The evidence for Evolution is probably more abundant and more conclusive than for virtually any other scientific theory. Evolution science is still active but it refines rather than disproves the overall fact of Evolution.

(Just as an aside, in case you’re interested, the first two types of fact are often labelled "a priori". It’s an expression philosophers often use to describe expressions or propositions that are true “before experience”. The third type of fact - facts that are true by observation - are called “a posteriori”.)

How does this relate to the resolution debate?

OK - that’s the lecture out of the way. Now let’s see how that changes things when we talk about higher resolutions.

I’m just going to give one example here, and then circle back in later articles to show what I take to be true, and to separate facts from opinions. Note that none of this is meant to prove that I’m right and everyone with a different opinion to me is wrong. It’s just going to make it easier to have a high quality debate. If I’m shown to be wrong at any point, I’m perfectly happy to change my mind.

I'm going to give you an example that I think is true without you having to test it. (To use the jargon: it's true a priori".

Let's say that you have an HD television. It gives you a picture that's progressive and 1920 pixels wide by 1080 pixels high. That's consistent with our definition of Full HD.

Now imagine that you have a 4K TV, and that it's bigger: exactly twice the height and width, and therefore four times the area, with four times the pixels.

I'm going to use a rather non-metric measure here but it's one that most of us know through printing or comparing smartphone resolutions. It's Pixels Per Inch (PPI).

So, which TV has the greater number of pixes per inch? Is it the small one, or the big one? (The HD one or the 4K one).

The answer? It's the same - because you have four times the number of pixels covering four times the area. The resolution of both screens, from the same distance, and with the same quality of material, will be the same, as long as the small one is showing HD and the big one 4K.

Does that sound surprising? It shouldn't, really. Look at it another way. What about arranging four of the HD sets into a 2 x 2 video wall? If you put 4K through a capable video wall processor, then you'll get 4K, but, well, the pixels on the screens haven't changed. So - again, by definition - the pixels per inch must be the same.

This is a fact. I don't have to do this to know that it's true.

And just as a way of "grounding" the discussion, I often give this "four screens" example when I'm talking about this stuff.

Because it's a fact. There's no need to debate it. In this rather limited circumstance, it is simply true that if you want to watch 8K you need a screen four times the size of the one you already watch 4K on. That's not to say that there are no advantages with watching 8K on smaller screen - I believe there are, but that's another type of discussion altogether.