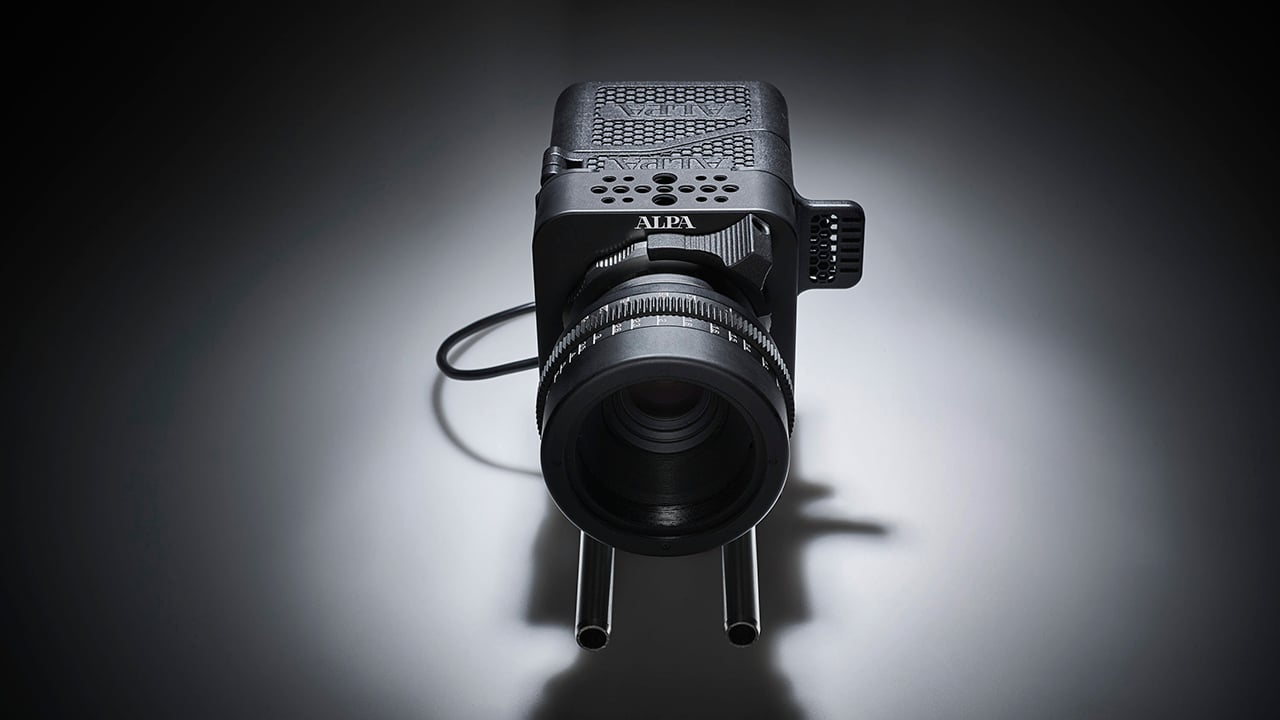 A Hasselblad for video? Oh yes!

Pardon us while we drool. This new camera system using Hasselblad's H6D-100C back has caught our attention, and we're sure it will yours too.

When Hasselblad released their H6D-100C medium-format digital back last year, they probably weren't really trying to anticipate the sudden interest in large-format cinematography. The company has been intimately involved in medium-format photography for a very long time. If anyone were to bring out a 100-megapixel digital back costing as much as a car, we'd probably have expected it to be Hasselblad, regardless of what was going on in the world of moving pictures, which is probably something of a side issue to them.

Still, the H6D-100C has only become more relevant since its launch. Medium format is a somewhat vaguely defined thing, though the 100C has a sensor measuring 53.4 by 40mm, which is comfortably within most people's idea of a medium format sensor. Compare that to the H6D-50C, which, as the name suggests, offers a mere 8272 by 6200 resolution on its 43.8 by 32.9mm sensor. The 100-megapixel back has a slightly frightening 11600 by 8700 pixels. Trembling focus pullers can be reassured by the fact that the video mode tops out at 4K – though Swiss camera manufacturer ALPA tells us that an 8K mode is not out of the question in future sensor revisions.

The reason we're talking about this, in fact, is that ALPA is offering packages including not only cameras to suit the H6D-100C back, but also a range of accessories intended to set up the combined camera and back as a motion picture tool. There's a display on the back of the – er – back, although focus pullers would probably prefer something higher in resolution and with more focus tools than the built-in display. Crucially, ALPA's PLATON project has generated a camera with PL lens mount, providing us with at least half a chance of getting the super-demanding large format 4K images in focus. 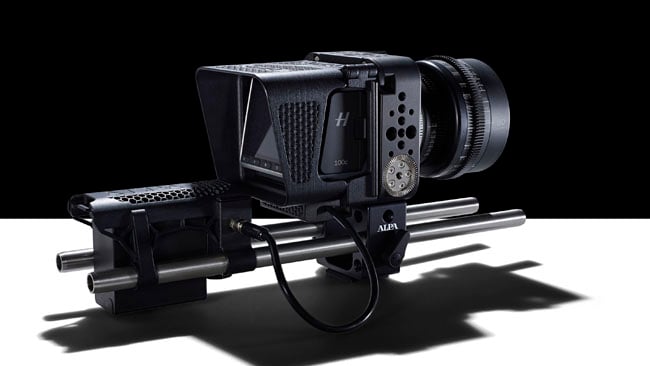 Under the project name PLATON, ALPA is currently developing new camera models based on the ALPA 12 TC. In contrast to the TC with variable mountings, these are permanently equipped with specific lens mounts. The first models are designed for ARRI-PL mount and Canon EF mount for Canon EOS lenses.

Such a large sensor will, however, still require some fairly special lenses. ALPA's documentation implies that the H6D-100C maintains the full width of its imaging sensor when shooting video – it doesn't window the sensor down to the 4K area, which would be less than half the width. As such the image circle of the 16:9 area will be 61mm and that's slightly larger than, for instance, the Alexa 65's 59.87mm requirement on its 2.1:1, 6K imaging area. Many of the lenses capable of casting a picture big enough to satisfy these cameras will be rehoused or remounted medium-format glass in any case. 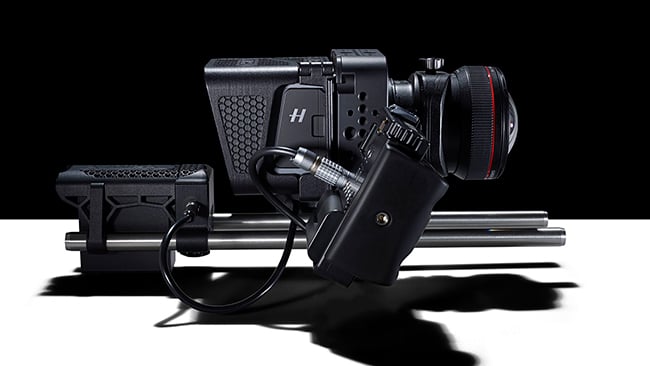 ALPA’s documentation suggests the image circle of the 16:9 area will be larger than the Alexa 65’s 59.87mm requirement

The H6D-100C back records to either SD or CFast cards and is capable of recording in Hasselblad's own raw format (which is convertible to Cinema DNG) as well as H.264, so the fundamental capability is high. Very high, actually. Even given the huge sensor, the resolution is so high that each pixel (at 4.6μm) is actually smaller than, say, a pixel on an Alexa's more conventional super-35mm sensor – pixels which are spaced at around an 8.25μm pitch. Much depends on the quality of the scaling that's going on in the H6D-100C's electronics, but the 11K-wide sensor should provide for almost 3:1 oversampling and, ideally, very low noise assuming things are done well.

Anyone shooting an arty cosmetics or hair products commercial might well be quite interested. Concerns over the sheer practicality of these huge-chip cameras abound, but certain projects will continue to chase the low noise levels and look they can provide. About the only serious downside is the risk of sticker shock: the H6D-100C back alone goes for £23,760 in the UK and ALPA's packages, which include the back, start at 37,800 Swiss francs.