How can cinematographers keep control of the look of their films? 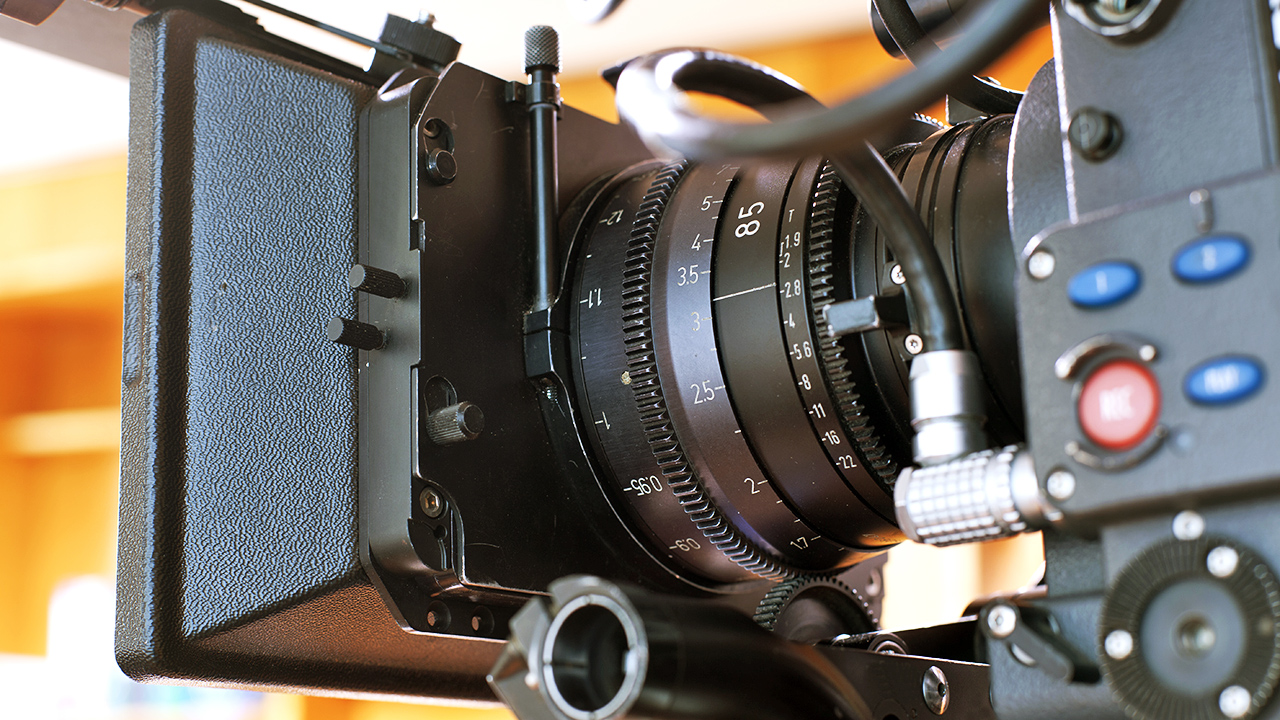 Replay: Can DOPs maintain control over the final look of the films that they work on in a world where so much emphasis is placed on shooting for the grade? 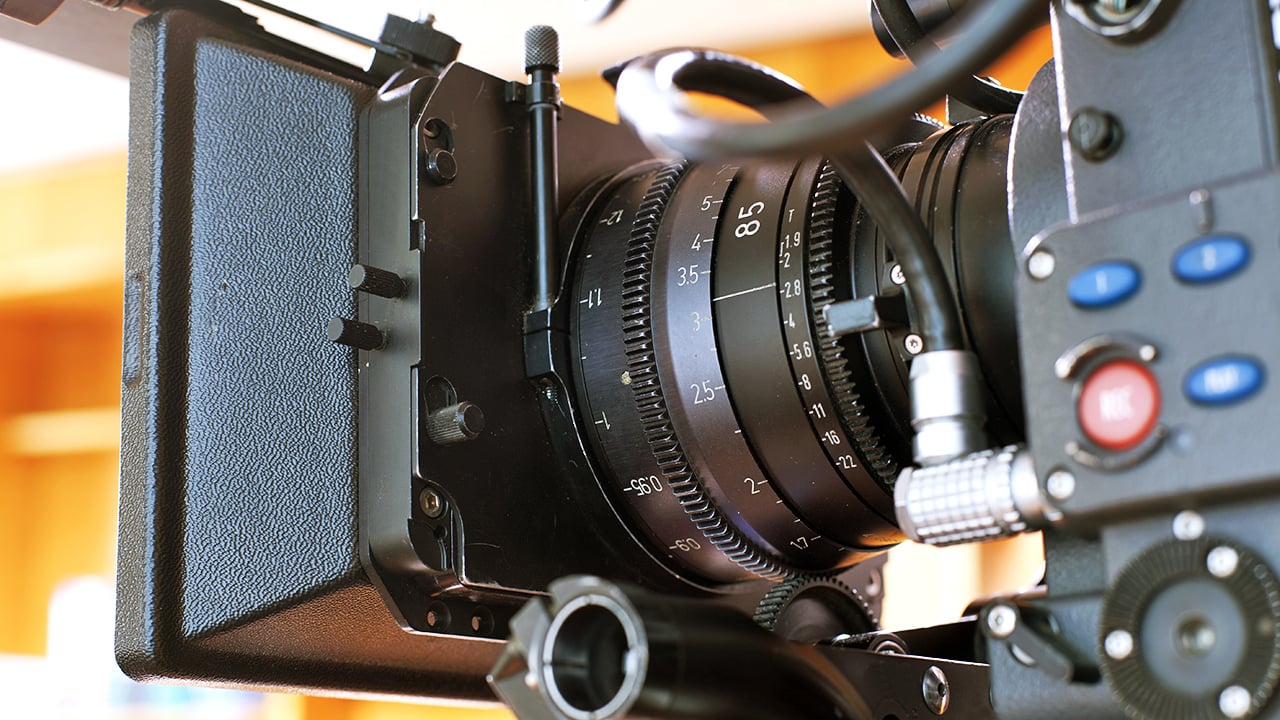 "Protect the image," was the message at a Red-sponsored seminar on the future of digital formats. "Give yourself the maximum flexibility in post."

It was the third day of Camerimage, the Polish film festival dedicated to the art and science of cinematography. For a week in November, the chilly but picturesque city of Bydgoszcz plays host to all levels of lens-wielders, from rafts of local film students, through international indie DPs like myself to Hollywood legends such as Braveheart’s John Toll, the recipient of this year's Lifetime Achievement Award.

This particular speaker was Christopher Probst, an ASC member and the DP who set the look for David Fincher’s Mindhunter series. A man who knows what he's talking about, and a man clearly passionate about the subject, pacing the stage, his views coming thick and fast, but always clear and well-reasoned.

But is he right? Should a DP’s priority be to protect the maximum detail in the recorded image, or should it be to protect their look, their vision from later interference? It is a controversial issue, one which has been rearing its head more and more over the last few years. Where better to hear the latest views than at Camerimage?

A director friend with whom I attended the festival fell into the “maximum detail” camp as we discussed the issue over a beer at the Opera Nova bar. His background is in postproduction and digital imaging teching, and he told me of a huge movie he worked on that was shot very dark, with a few glowing practicals giving some highlights, and all the skin tones towards the bottom of the histogram. My friend had worried that, should the filmmakers want to lift the faces in post, the under-exposure would render those faces too noisy.

I can see his point. Although we all try to get it right on the day, you can never be sure what you might want to tweak in post. Just as it's difficult to predict which scenes might hit the cutting room floor, you cannot always know which shadows might become too much in the context of the final edit. From that point of view, exposing and lighting to retain the maximum detail in the so-called "digital negative" seems like a no-brainer. Unfortunately there is always the risk that broader and more destructive changes will be made, if the recorded image permits it.

Many of the DPs who spoke at the festival's seminars and workshops had concerns about this. The day after Probst’s talk, something very similar to the scenario my friend mentioned with the practicals arose in a Panasonic Varicam seminar.

Practicals (light sources appearing in frame, such as flashlights, table lamps or candles) have traditionally been supplemented with off-camera sources. Stephen Goldblatt demonstrated this technique in a fascinating Canon workshop, using tungsten soft-boxes to beef up the light from bedside lamps on a specially built set. However, the dynamic range and high native ISOs of today's cameras mean that it is now possible to light scenes with only the genuine light from practicals. It gives a realistic, often painterly look, and saves lots of set-up time, but it does often result in images which have much of the important information in the toe (low end of the IRE scale).

These are exactly the kind of images which Bobby Shore found himself shooting for the period Netflix series Anne with an E. When his panel discussion was opened up to questions from the audience, I asked him if he had supplemented the candlelight in nighttime scenes with off-camera sources. Generally not, was his answer. "I liked the look of the candles under-exposed," he explained. "Having the detail down near the noise floor meant they couldn't brighten it up in post."

Intrigued, I probed further. How important was it to him, I asked, to ensure that his vision wasn't altered against his will down the line? Very, he responded, and the other two DPs on the panel chimed in with agreement. Despite working on high-profile shows like Arrested Development and Ozark, they had all had bad experiences in their careers, often producers brightening up images and killing the mood which the DPs had worked hard with their directors to create.

Magdalena Górka (I’m Still Here, Paranormal Activity 3) expressed a similar view in a panel hosted by lens makers Hawk. "I like to destroy the image," she said, "give it my stamp in camera." She explained that the low-budget productions which are her bread and butter don't have the will or resources to involve her in postproduction. The only way for her to retain control, to retain authorship of the image, is to bake in the look on set.

DPs used to be magicians, capturing images that no-one could truly see until they returned from the lab the next day, images that were very difficult to change. Those times are gone, and there are many reasons not to lament their passing, yet I for one have had days on set where I felt redundant, so much faith did the director put in the ability to reframe and relight in postproduction.

There is an argument that looks which are applied at the start of the image path, before it even reaches the sensor and becomes electronic information, will always be better than those created by manipulating the relatively small amount of information actually recorded by the camera. Scattered around the festival venues were free copies of the International Cinematographers Guild magazine, the cover a deep, eye-catching orange - a still from the dusty Las Vegas sequence of Bladerunner 2049. Inside, Roger Deakins reflects on achieving the Vegas look with lighting gels and lens filtration: "All of the colour scheme was controlled in camera and this gives it a reality I doubt it would have had if left to post."

Most of the time there is no problem. Most directors and producers respect and value the vision of the DP, and all of the colourists I have met are every bit the artist, who want to enhance the material rather than fighting it. Ideally the look is discussed and agreed early on, with tests and LUT development, and baked into the dailies so everyone gets used to it during the edit, and nothing is drastically altered at the end. But I believe it’s important for cinematographers to retain our right to light and expose as we see fit, be that with lots of information in the "negative" or not.

Bobby Shore put it best when he pointed out that the producer is paying good money for the DP's "eye", for the skill and talent and experience that enable them to make a beautiful image. If that skill is worth paying for, then surely it’s worth trusting too?