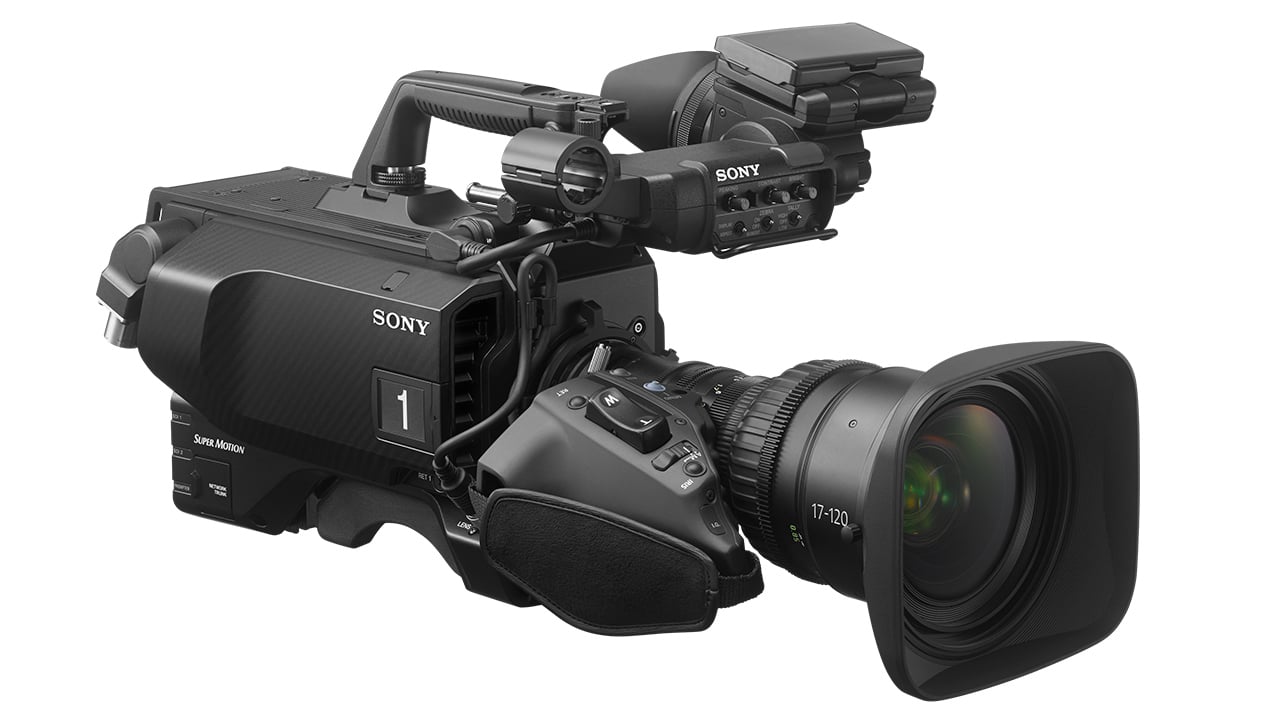 Until very recently 4K live broadcasting had many hurdles to overcome, not least because of the sheer amount of bandwidth required, and because dedicated live broadcast cameras had not been developed. Broadcasters were forced into using existing cameras that were not designed with live broadcast in mind with fibre converters.

All this changed with the release of Sony’s HDC-4300, With 3x 2/3“-CMOS sensors, and Standard Broadcast B4 Lens Mount, which helped to spearhead upgrades to outside broadcasting systems, enabling live 4K broadcast to become as easy as HD had been previously.

But there was still one key ingredient missing, and that was the ability to deal with the ultra slow motion and high frame rate requirements of the different types of sports broadcasts such as football. Without good slow motion, coverage of such events will be extremely limited. Such functionality is essential to ensure that the move to 4K live broadcasting from HD can be made as smoothly as possible.

If dealing with 4K at standard frame rates was a technical hurdle, dealing with the throughput of 4K footage at the types of frame rate demanded by sports broadcast was always going to be difficult. Not only does such footage need to be shot and then conveyed back to a central server, but that footage then needs to be stored and pulled out for replay at a moments notice. And it needs to fit into existing OB trucks and systems with the minimum amount of fuss.

Sony has responded to such demands with the release of the HDC-4800, the latest generation of 4K live broadcast camera, supported by the BPU-4800 baseband processor unit with integrated UHFR (Ultra High Frame Rate) server. Combined, both offer a number of advantages over previous systems.

The HDC-4800 combined with the BPU-4800 will allow broadcasters to show footage of full-resolution 4K Ultra HD images at up to incredible 400P (8x) or Full HD at 800P (16x) to reveal split-second action. The BPU-4800 allows a single server operator to handle slow motion and normal speed highlights, while being able to store up to four hours of XAVC footage in 4K UHD. Never miss any action with highest recording time but also highest speed replay workflow.

The HDC-4800 can be combined with the PWS-4500 to allow seamless highlight editing with full HD cut-out and zooming abilities. There’s no need for a separate record/playback server, cutting down on the amount of equipment required to carry out the task.

The pace of devlopment means that for broadcasters wishing to invest in the latest generation of 4K technology, it is important that the equipment is designed for longevity. To this end, the HDC-4800 fully supports both HDR and the ITU-R BT.2020 colour gamut, ensuring that the system is ready to cater to the demands of the latest viewing technology. With so many live events taking place in unpredictable lighting conditions, it is clear to see the advantages that HDR will bring to such scenarios.

Being fitted with a S35 sized sensor means that the HDC-4800 can work with both PL mount lenses as well as being adaptable to B4 lenses for HD production. A motorised dual ND/CC filter is also featured and can be operated remotely to ensure control over exposure.

With the HDC-4300 already supporting HDR and Rec.2020 the new 4800 series will fit right within existing workflows as companies build up their 4K capabilities and add to them.

The Sony 4800 series is therefore a step change upgrade to existing 4K live broadcasting workflows and solves some of the biggest challenges facing companies that need to upgrade systems to be every bit as capable, and much more, than the previous generation of HD equipment.

To find out more about the HDC-4800 click here.