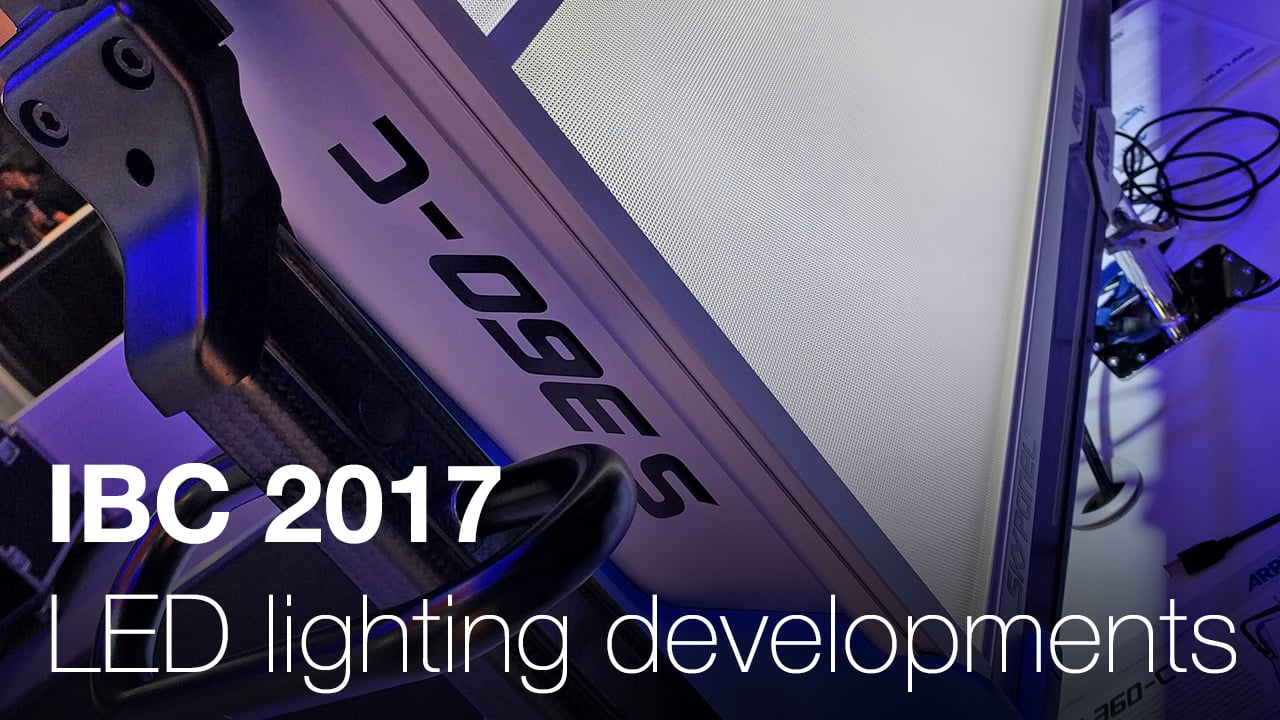 Larger more versatile LED lights are on their way

RedShark at IBC 2017: Let there be light. Phil Rhodes's takes a look at some of the developments in LED lighting, and the new products being shown at this years show.

It’d be easy to get the impression that there’s almost nothing left to say about LED lights, and to some extent that’s true. IBC 2017 has the inevitable avalanche of copycat panel lights, and while there’s nothing wrong with variety, and in fact a lot right with plenty of healthy competition, there’s also not that much to say about most of them.

As a trend, though, there’s an identifiable move towards bigger lights, and that’s a very good thing indeed. Bright as all the hundred-or-so-watt efforts look, try to fill diffusion with them and the modest power level becomes very obvious. This year, though, there’s a few very visible moves towards larger, more powerful units, perhaps most obviously from some of the more prominent manufacturers. Arri, Aputure and Cineo all showed bigger, higher-powered versions of preexisting product lines. These push towards and beyond the kilowatt level in some cases, and a kilowatt of LED is a lot of light.

Perhaps most obviously is the Skypanel S-360, a titanic 1500-watt version of their multicoloured C-suffix S60 and S30 products. Skypanels are big, heavy and expensive, and it’s inevitable that the S360 will follow suit. Even so, it’s among the most powerful LEDs currently available; presumably, a white-emitting version will follow suit at some point. The white-emitting Skypanels, which use blue LEDs to drive a phosphor-coated output panel and are thus remote phosphor lights in the way the C-suffix is not, tend to have colour quality that’s more suitable for use as a keylight. 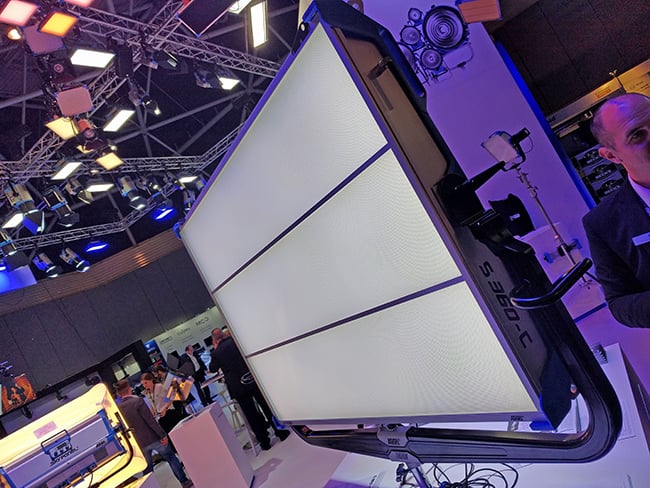 Cineo’s Quantum C80 was shown at NAB and is now shipping; at two by four feet, it’s an upscale light, though a little smaller than the Skypanel and consuming around 800W for power density that’s probably similar overall. Cineo’s design obviates the need for separate white- and colour-emitting versions, with excellent colorimetry specified for the white mode and a nice selection of controls for saturated colours. They make an even larger one, presumably recognising the fact that these lights are really intended to replace hard lights with associated diffusion. It’s a good application for LED: the approach of putting a lot of individually fairly low-powered LEDs behind a diffuser creates soft light efficiently, and plays to the strengths of the technology by spreading out the emitters so they’re a little easier to cool.

High power LED hard light has for a while been dominated by Mole’s turbo-powered Tener LED, which at 900W probably isn’t quite as powerful as a real 10K tungsten but does pack all that light into a chassis that looks like one. Aputure, creators of the well-regarded COB series of 120W open-faced lights, have been promoting a 300W version for a while. It’s reportedly still not quite ready for sale, but it’s built more or less like the 120W versions, with a longer back end for the higher-capacity heatsink and, naturally, a somewhat chunkier power supply. At the other end of the scale the company also showed a prototype of a smaller, handheld or on-camera light rather like their M9 but with improved build and adjustable colour temperature. 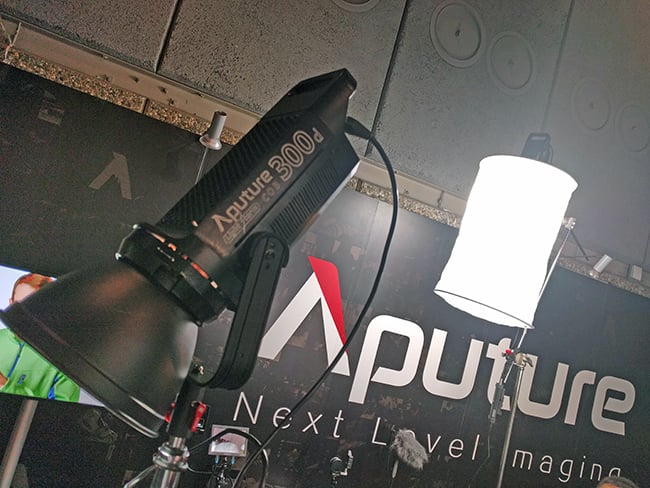 It’s easy to be drawn into endless discussion of LED lighting, even though it’s now about as established as it’s ever likely to get in the lower-power regime. The need for higher-power options has been clear for some time, especially as replacements for diffusion driven by bigger HMIs, where the alarming inefficiency of a Fresnel aimed at a diffuser gives the multi-emitter LEDs an efficiency advantage regardless of other factors. At the same time, hard light is more flexible – it can be softened, whereas it’s difficult to concentrate it back into a collimated beam. As such, both the Cineo and Arri panels are welcome developments, as is the Aputure 300, which we’ve been promised on review as soon as one’s available.