Should you still be using three-point lighting? 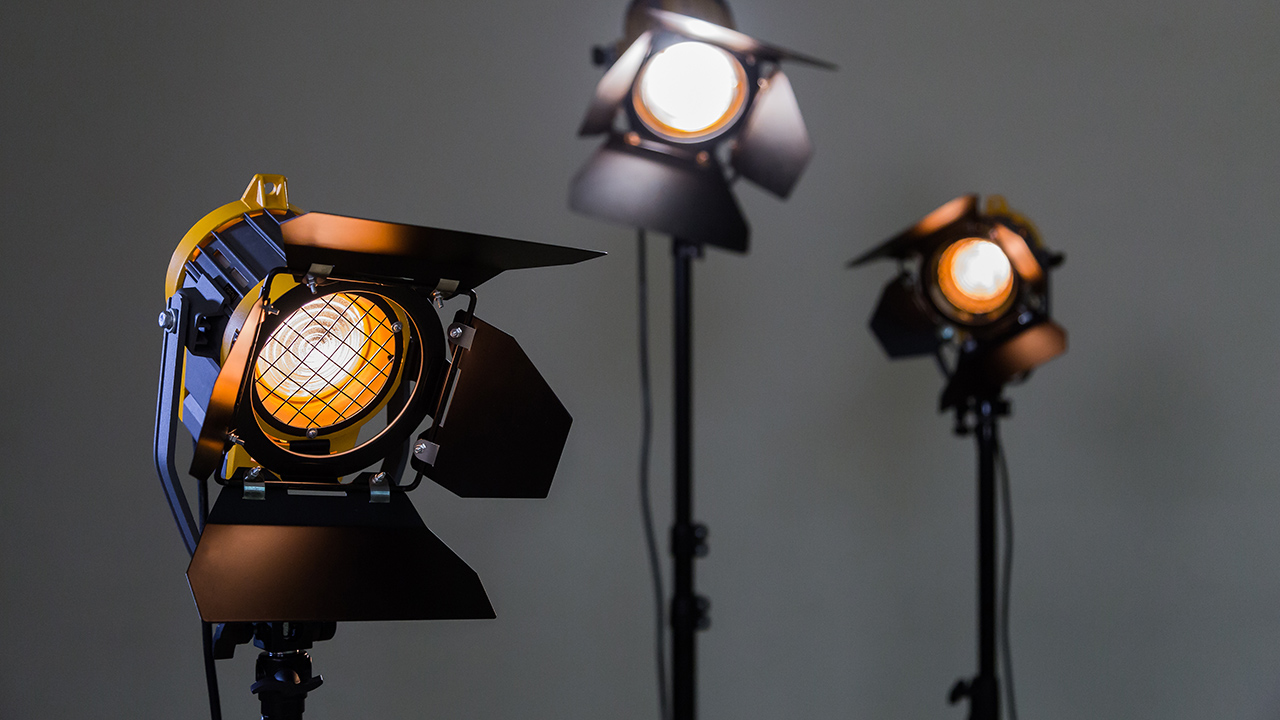 3 minute read
A limitation or a basic rule for all lighting?

Replay: Three point lighting often conjours up images of flat corporate video or daytime soap operas. But is the system still relevant today, or is it an important concept we can use to guide us, whatever the situation? Neil Oseman offers us some dissection.

When I began my career and attended film courses in the late 1990s, the first — and often only — thing I was taught about lighting was the three-point setup. A volunteer would be seated in front of the class and the tutor would arrange a trio of hard tungsten sources around him. Today, of course, that demonstration would probably be with LED fixtures, or maybe fluorescent softboxes, but is the underlying technique still valid? Is there a better way to approach lighting in the 21st Century?

First, for those hazy on three-point lighting, here’s a refresher.

The main source of light, the one that models the subject’s face, is known as the key light. It might come from just above the camera, rendering the face in a flat, even, flattering manner, or from the side, adding more character by highlighting scars, wrinkles and other imperfections. Or it might be a Rembrandt key, coming from a three-quarter angle that lights one side of the face completely but only throws a triangle of light onto the other cheek. The variations are endless.

The fill-light illuminates the shadows cast by the key. It is almost always a soft source so that it casts no noticeable shadows of its own and is dimmer than the key. How much dimmer is critical to the mood of the shot and is known as the key-to-fill ratio. A higher ratio (darker fill) would work well for a horror movie or thriller, for example, while a lower ratio (brighter fill) is often found in comedies and romances.

Finally, the backlight produces a rim of light around the subject, separating them from the background, and generally adding to the polish and beauty of the shot.

But three-point lighting is by no means a timeless staple of cinematography. In Hollywood’s Golden Era, far more complicated systems were the fashion. DP John Alton wrote of an eight-point system in his 1941 book Painting with Light, adding multiple fills and even a separate source for the actor’s clothes. Taste and technology have moved on greatly since then, generally trending towards simplicity and realism.

Today, motivation may appear to be the most important factor in designing lighting: where would light realistically be coming from? But it’s when we combine motivation with the three-point system that we get to the heart of contemporary cinematography. No, a DP does not walk onto a set to arrange three lamps around each actor, but we are always thinking of those three concepts of key, fill and backlight.

Take, for example, a daylight interior scene. The director begins blocking out the scene with the cast. Immediately, I’m looking at how they are standing in relation to the windows, which will realistically be the main source of light for a daytime scene.

Is the light from any of the windows modelling the actors’ faces, giving them shape and contrast? Then that window is my key source and certainly one I’ll want to supplement with artificial light to maintain consistency as the sun moves across the sky and behind clouds.

Do the actors have their backs to a window? Then that window is my backlight. If it’s a happy or romantic scene perhaps I’ll really go to town with this source, pushing a hot source through it to represent strong sunlight.

Is one of the windows filling in the key light’s shadows? Then I’ll ask myself if the key-to-fill ratio is where I want it. If there is too little fill, the solution today is usually bounce — a poly board or a collapsible reflector — rather than adding another lamp. If there is too much fill, or it’s casting its own shadows, I might ask the art department to add some net curtains to this window. Very often, the fill is ambient light bouncing off the walls, so I might place blacks over any that aren’t inside the frame.

The same thought process applies to daylight exteriors, considering how the cast are orientated to the sun, and to night scenes with practical sources.

This is the function of three-point lighting today. It is a system for classifying light sources, of analysing what they’re doing and how they’re working for you, not a shopping list of lamps to set up.

And there is no obligation to use all three sources. For example, often fill is unnecessary, either because there is enough ambient light, or the key-light is so soft that it wraps the actors’ faces, or you simply want black shadows for the mood of the film.

Some cinematographers even think in terms of a single source. Bruno Delbonnel, for example, lit many scenes in Harry Potter and the Half-Blood Prince with one powerful light source from the back of the set, relying on bounced light to fill in shadows.

Like so many rules, three-point lighting is one that is made to be broken but that only proves that it is still valid. Understanding the functions of light sources, how they affect your subject’s appearance and why you might want that effect, is still — and will always be — absolutely fundamental to the craft of cinematography.