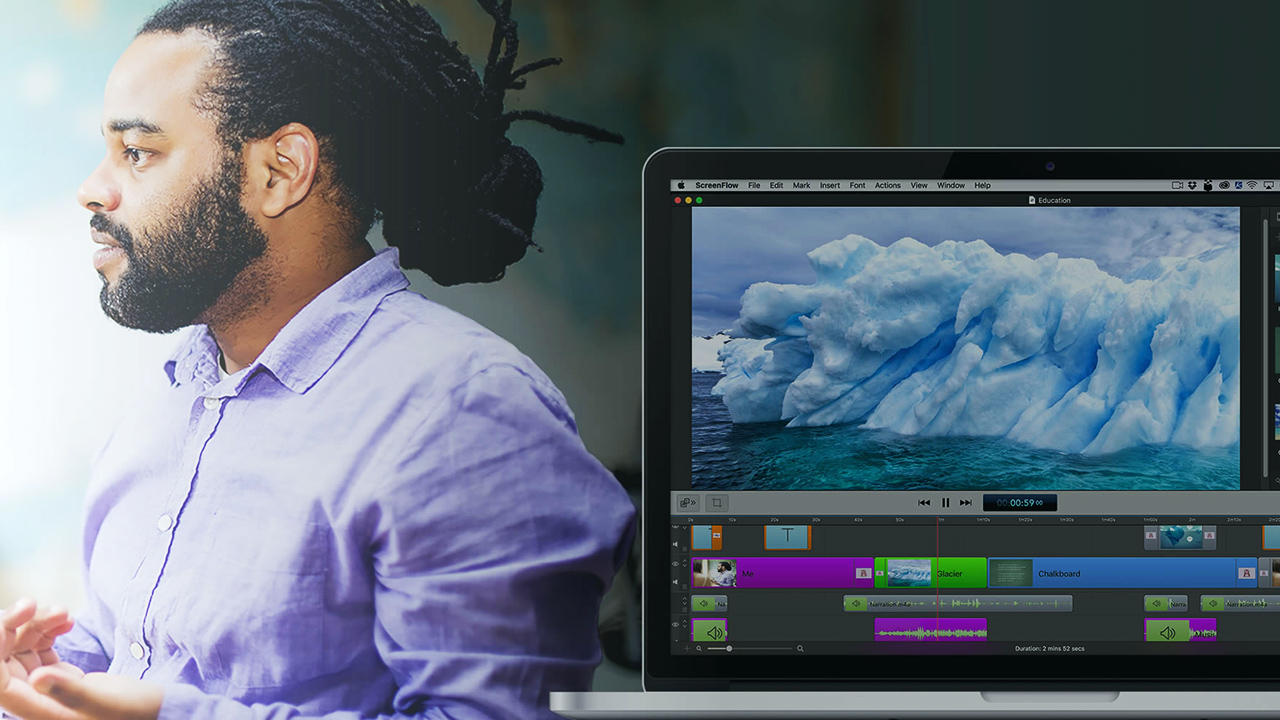 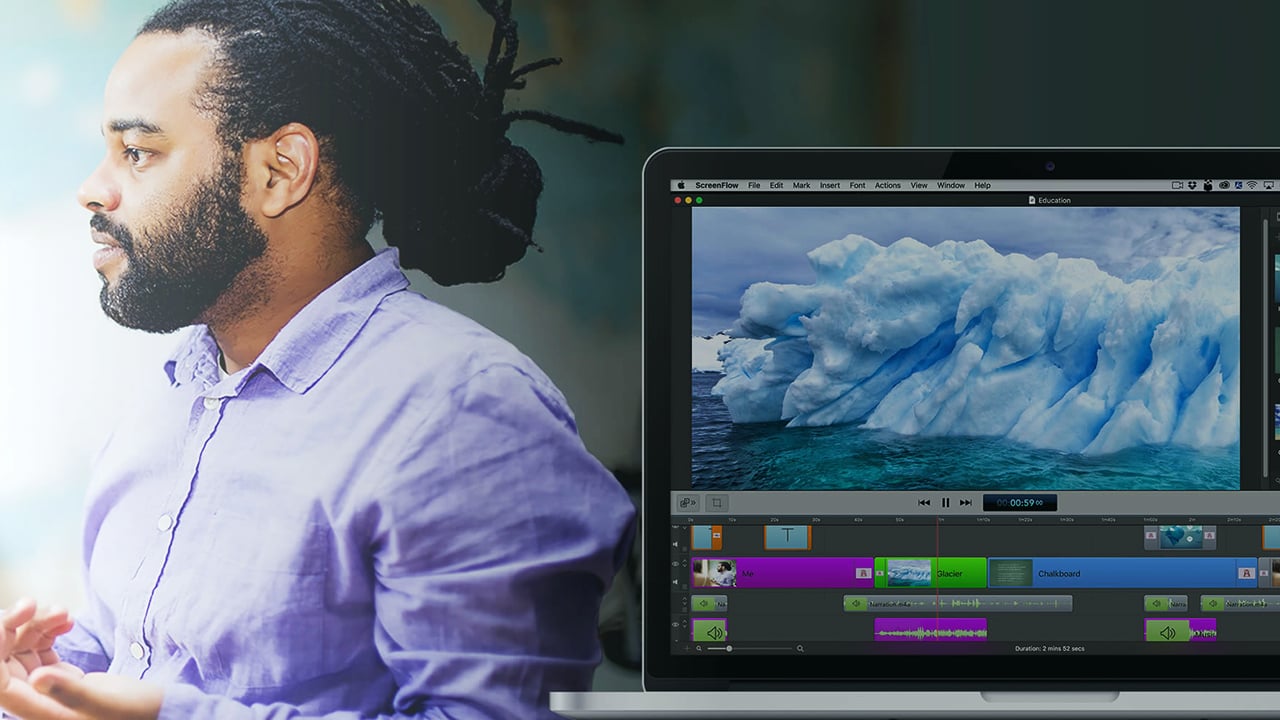 ScreenFlow 7 is more than just a screen capture app

Fancy creating a screencast or a presentation involving demos of iPad apps, or a PiP (Picture in Picture) video presentation of new software? Then ScreenFlow has been your best option for some years now. Telestream recently released version 7, which improves on an already winning formula and has aspirations as an NLE as well.

The best new feature for creating a professional video presentation is animated text. ScreenFlow 7 lets you add a number of animations to your videos with enough options to create unique effects. One new feature that I don’t fully understand the need for is that you can now set your clips to play in reverse on the timeline.

More useful in my opinion is the Global Library. We already had project libraries, now you can show assets under the Global Library icon and store and reuse common assets here, such as your intro/outro graphics for each video. This is going to be a real time saver and it will also save some space on your disk.

The new export dialogue has the ability to switch from automatic to manual mode. By default, the export dialogue starts in automatic mode, showing presets as it used to, but you can now also easily create your own export settings in its own tab. ScreenFlow 7 lets you select between higher quality or quicker exports and automatically picks the best settings for your project.

One thing that I am very happy with is the audio waveform progress bar. Often, when you’re editing a large ScreenFlow project, the audio waveform doesn’t show immediately and it may in fact take a while before it does, making edits almost impossible. ScreenFlow 7 will now inform you that it is performing an intensive process in the background, and will show you when it has finished.

Other improvements include ScreenFlow 7 now taking advantage of hardware accelerated, multi-pass x264 encoding, which is said to improve quality of exports when compared with single-pass. The app also supports 60fps timeline frame rates. In the bottom right there’s an indicator that shows the mode you’re in. A shortcut manager lets you add new shortcut keys to commands that did not previously have a shortcut assigned to it or change existing ones. The shortcut manager even lets you have different shortcut sets.

Another improvement is the new support for custom interfaces that come with most Apple Audio units (AU). Unfortunately at the time of testing there was a bug in this which caused the app to crash. I tried it with Apple’s own and those were the only ones working fine. iZotope’s make ScreenFlow hang and NUGEN Audio’s crash it hard. No doubt Telestream will fix this issue quickly, as Apple’s collection is a bit on the skinny side.

Finally, ScreenFlow 7 will allow you to quickly and easily publish directly to Imgur. There’s no need to export as you can simply visit the upload page, find your file, and submit.

ScreenFlow 7 is certainly worth the upgrade price of $39 (from ScreenFlow 6.x) and its $129 price for a full licence is pretty decent too, at least if Telestream fixes those AU interface problems.