NASA mounts Sony a7S II on outside of ISS 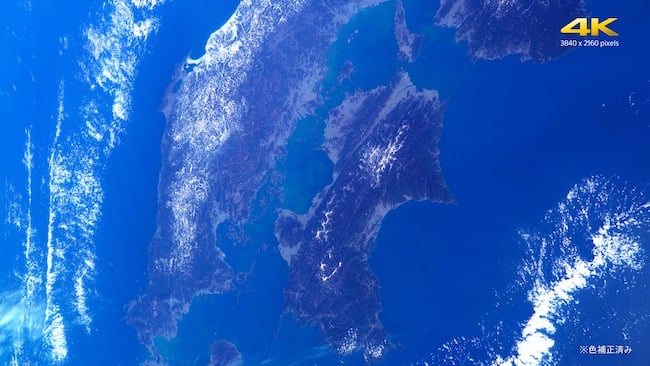 Sony has released a variety of 4K footage captured by the 7S II full-frame mirrorless camera that has become the first off-the-shelf camera mounted on the outside of the International Space Station to capture 4K.

Of course, the housing is anything but off-the-shelf, but the videos below - particularly the one depicting the East Coast of the US on the Earth's nightside - showcase rather well what the a7S is capable of.

The camera is part of an assembly on the new exterior platform on the ISS's Japanese Experiment Module, known as "KIBO". It was specified by JAXA ( the Japan Aerospace Exploration Agency) after passing various tests confirming its ability to withstand high vacuum, cosmic radiation, and abrupt temperature fluctuations.

It was carried up to the ISS in December last year and installed in February, but these are the first shots to be publicly released. Certainly, it's going to be interesting to see what detail the camera's renowned low-light sensitivity is going to be able to pick up above and beyond the devices that have already been into orbit.