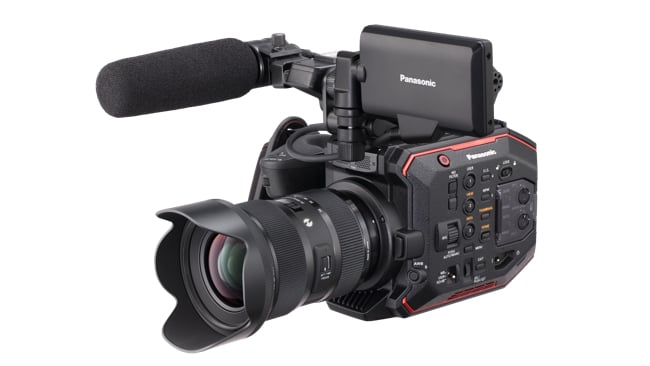 I’ve almost lost count of the times I’ve heard video makers say to me “If only Panasonic would make a camera somewhere between the GH5 and the VariCam LT cameras." Now it has.

In fact, it was a bit like deja vu when marketing managers from Panasonic told us that “for cinema-style acquisition, we realised that there was a space between the GH5 and VariCam LT.”

All of which raises the question of what a camera that’s halfway between two quite dissimilar devices would look like. The GH5 is a DSLR-like mirrorless still and video camera. The VariCam Lt is a fully-fledged cinema camera that’s widely used in TV drama and independent films.

The specifications of the EVA1 are intriguing. It has a 5.7K sensor from which is derived a DCI 4K output. We don’t have confirmation of this but from the language used in Panasonic’s press release, we’re assuming that the DCI 4K is calculated by downsampling from the entire 5.7K sensor. We also assume that 4K (UHD), 2K, FHD and 720p are similarly downsampled. A future upgrade will offer a full 5.7K raw output (to an external recorder). 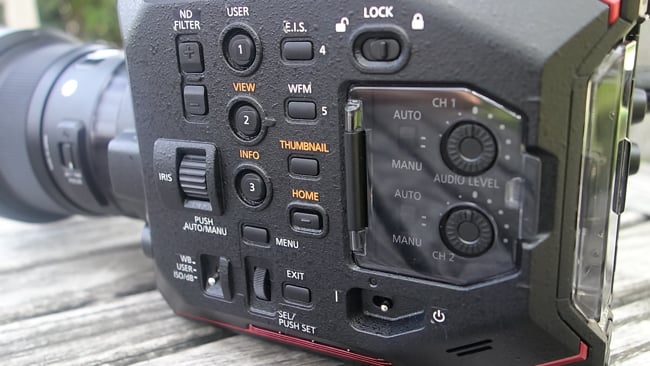 In common with the VariCam 35 and VariCam LT, the EVA1 has dual native ISOs. What does this mean? On the VariCams, you can set the ISO to either 800 or 5000 with no degradation or additional noise with the faster setting. We don’t know yet what the EVA1’s dual ISOs will be because the camera is currently being tested, but you can expect something similar to the VariCams, we would assume.

The new camera comes with V-Log/V-Gamut to capture a wide dynamic range and for colour space that’s “even larger than film”.

Storage is SD cards - very much cheaper than speedier CFast cards. Probably for this reason there’s no internal RAW recording, but RAW output will be enabled later. 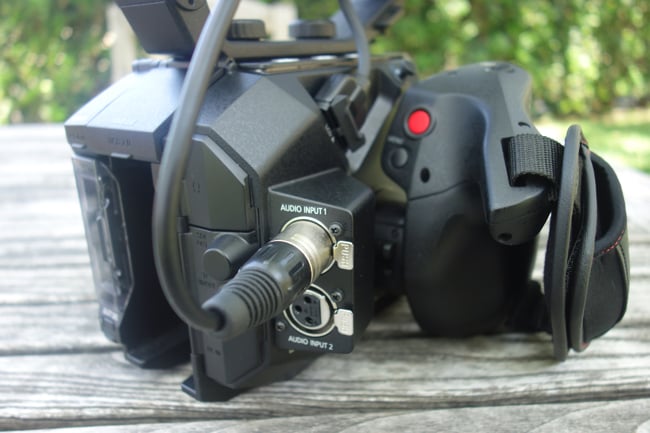 We’ve not been given any detailed information about recording formats, codecs and bitrates, except that there will be several compression formats and up to 10-bit 4:2:2, “even in 4K”.

The new camera has a native EF mount, giving access to a huge range of lenses to fit virtually all budgets. Electronic Image Stabilisation is included, as is an integrated ND with 2,4 and 6 stops. Intriguingly, there’s a switchable Infra Red Cut filter that’s moved in and out of the sensor’s path with a button push.

Audio inputs are dual balanced XLR and there are 4K video outputs in HDMI and SDI.

All of sudden, we have some major action in the affordable cinematography marketplace. the new AG-EVA1 isn’t going to be available until the fall, but all the signs are positive. It’s in-between two already great cameras. That can only mean good things.

More as soon as we get it.