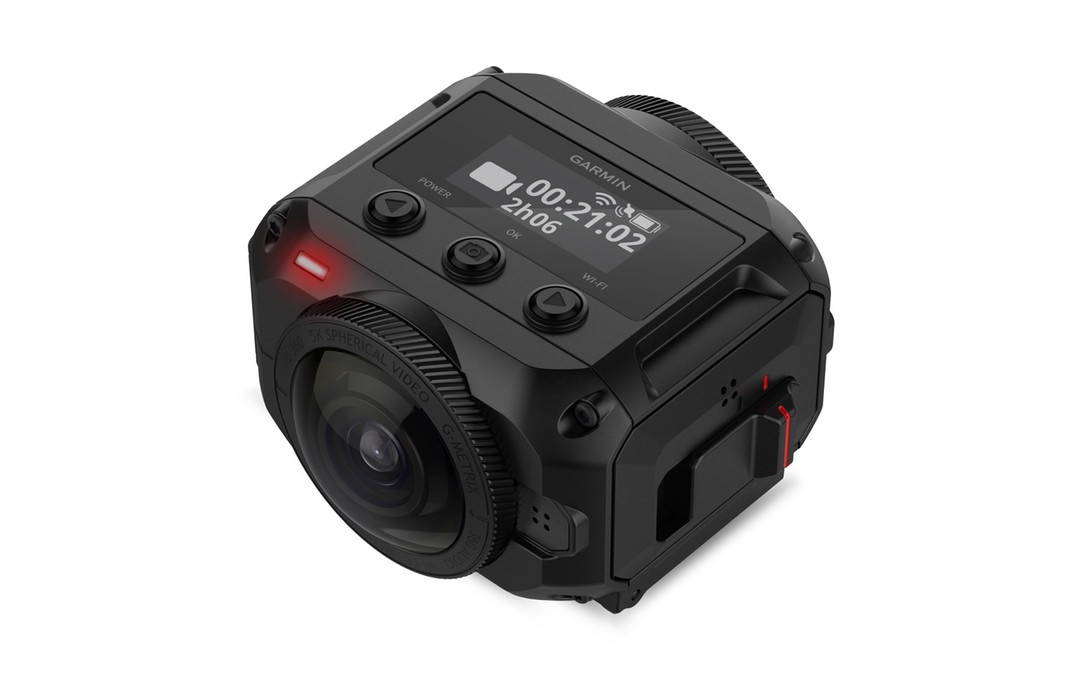 If you’re going to make a splash in the burgeoning 360-video camera field, one way of doing so is packing in bleeding-edge specs. That’s what Garmin has done with the VIRB 360, a camera that at a bare minimum captures spherical video up to 5.7K and at 30 frames per second and takes 15-megapixel stills.

It’s the brand’s entrée into 360 capture and will expand its action cam range when it goes on sale this month for £650 / $800. That’s not cheap, but it is out of the door before GoPro’s 360 Fusion model arrives later this year.

It makes a spherical image by using two fisheye lenses facing opposite directions. Images from the dual cameras are stitched into a sphere automatically, making the video instantly ready to share, instead of offloading that processing to your phone.

Worth noting is that unstitched the resolution is 5.7K. The output resolution when using the in-camera stitching is 4K/30fps.

If you edit the video within Garmin’s VIRB Edit apps for mobile and desktop, you can apply 4K spherical stabilisation to smooth out the video.

Four built-in microphones work together to capture 360-degree audio to match the video. Aside from 15-megapixel spherical single images it will shoot, it will burst shots and time-lapse videos.

There’s a live-streaming feature, which is compatible with YouTube and Facebook Live. All told, users should expect about an hour and a bit of battery life, depending on which modes and settings they use.

Perhaps most ‘bleeding edge’ is the incorporation of augmented reality overlays. This is the type of thing Garmin introduced in its VIRB Ultra 30 model last year, but the VIRB 360 takes it a step further.

Loaded with sensors like an accelerometer, barometer, gyroscope, compass, GPS and the Russian version GLONASS for good measure, all of that so-called ‘G-Metrix’ data can be overlaid on the 360 video. Paired with Bluetooth or ANT+ sensors you have strapped to your body, you can plug yet more data, such as heart rate, into your video.

For adrenalin junkies it will even calculate stats like hang time and jump height. Backing up its action cam credentials, the unit is waterproof too — apparently to a depth of 30 feet (10 metres) without a case — and it’s voice-controlled so you can be hands-free and just yell “OK Garmin, start recording” as the next wave rolls in.