Blackmagic is NOT about to become a digital audio company 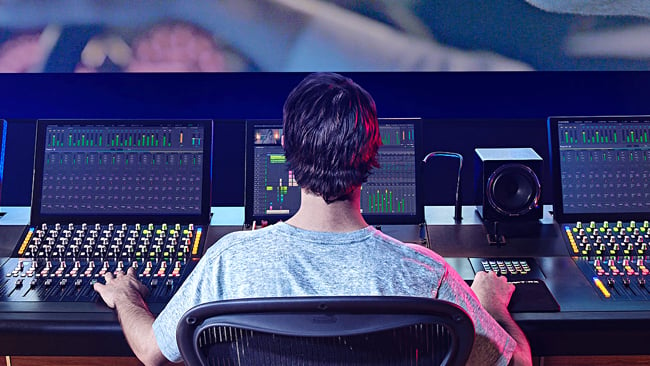 With the rapid integration of the Fairlight digital Audio Engine into Resolve 14, does this mean that Blackmagic has ambitions to become a major audio company?

When I first heard about Blackmagic’s acquisition of Fairlight (in September 2016), my first reaction was to wonder whether the Melbourne-based video electronics company was going to become a pro-audio manufacturer as well. The audio business is wide and diverse and there are hundreds of product areas that Blackmagic could embrace. The company has great industrial design and it’s an expert at manufacturing and worldwide distribution.

With some top-end audio technology on board, why wouldn’t it? It could quickly become one of the biggest players.

Last month, at the NAB show in Las Vegas, Blackmagic showed off its new version of DaVinci Resolve, featuring — and this is quite incredible when you consider the short timescales — the full goodness of the Fairlight Audio Engine. Just in case you didn’t know, Fairlight was very focused on audio post production and all of this know-how has gone into Resolve — albeit in the form of a public Beta.

I had the opportunity to sit down with Grant Petty, CEO of Blackmagic. I asked him the question directly: “Is Blackmagic now a professional audio company?" The reply was equally direct: “No, and it never will be. Blackmagic is a video company.”

In a way, this makes Grant Petty and his vision for Blackmagic even more singular. The company is not going to be diverted into digital audio, but it will pull all the stops out to make its audio for video features better.