Why compression is a disaster we should stop using 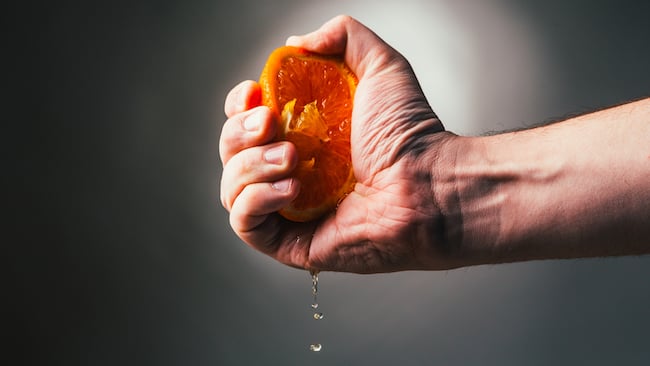 Why squeeze when you don't have to?

It has never been easier to shoot uncompressed, so why do we continue to insist on doing so?

Back in the late '90s, we used to compress standard-definition video so that at the time hard disks could cope in terms of space and bandwidth. The standard at the time, an uncompressed, 8-bit 4:2:2 image of 720 by 576 pixels at 25fps, would occupy a decidedly unimpressive 20MB/sec, depending on audio and headers, although that was more than the disks of the time would stand. Hard disks could store perhaps half a gigabyte, and for all these reasons a 3:1 JPEG compression was pretty standard for broadcast work. These days, multi-gigabyte Compact Flash cards that would do five streams of uncompressed standard-def simultaneously gather dust because they're barely worth using, but of course we're still compressing our media because we're not doing standard def anymore.

It seems that we might also have become even more used to the convenience of compression. It's very common to handle HD material at around 170 to 180Mbps at the moment. ProRes and DNxHD have bitrates around that point, although the real-world numbers will hover around a target. That's representative of perhaps 5.5:1 compression of 1080p24 10-bit 4:2:2 material (overlooking the fact that the colour subsampling is also compression). Assuming we're using ProRes in its 4:2:2 HQ guise, the algorithm that's being used is similar to but more effective than JPEG, although it probably isn't nearly twice as good, as the numbers would suggest. ProRes 4444, incidentally, actually works out at a higher compression ratio, albeit working on rather more data.

This is all very convenient, especially if we start talking about 4K, which is four times the data. The problem is that the only place compression is actually convenient is when we're buying storage. It makes for lower data rates and smaller files. In every other respect, it's a negative. Compression makes our cameras more complicated and therefore more expensive, more power hungry, and therefore hotter and noisier, larger and heavier. It also makes the pictures, for some value of noise and softness, noisier and softer. There's often lots of interest in the specs of the camera, but rather less interest in the codec which may, especially in cameras using lower bitrates and less expensive storage, add a fairly large amount of noise and cost a fairly large amount of sharpness.

The problems continue in post production. Compression slows our computers down at exactly the time when we want every single corpuscle of CPU time to do much more creatively interesting work, especially if we use cleverer codecs such as those based on wavelets. Compression means that the issue of generation loss continues in digital media, where we'd hoped to have left it behind, much as the sound department did long ago. Compatibility is another huge issue, with various codecs compatible with various devices and pieces of software. Transcoding to another codec also consumes enormous amounts of time, space and computer horsepower.

Compression, in short, is a disaster.

Of course, we can't say that without acknowledging the things that clever mathematics have made possible. Half of YouTube (what am I saying, nine point nine-tenths of YouTube) wouldn't exist if we insisted that everyone shoot uncompressed all the time. Compression will remain crucial in distribution for decades. Even in-camera under a huge variety of circumstances — in most circumstances, frankly — the compromises are well worth it. This is especially true given that we seem determined to keep pushing for more resolution, frame rate and colour precision, although there's the vexed question of how worthwhile it is to shoot 4K pictures then compress them into a lower bitrate than decent HD.

With all this in mind, and given the reaction to our recent discussion of codecs, expect to see a little more discussion around the practicality of going uncompressed. Give or take the ever-increasing demands of increasingly better pictures, it's probably never been easier and there's nothing quite like just recording the values of all the pixels to ensure things look as good as they possibly can.