Turn your cellphone into a light meter 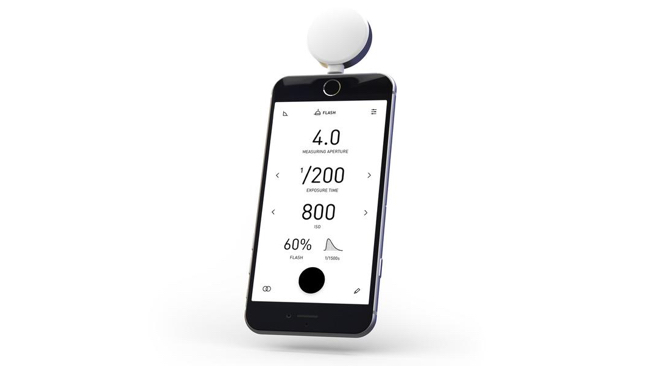 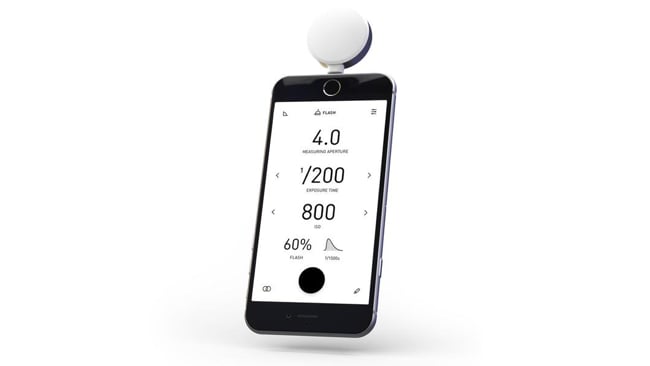 The forthcoming Lumu Power isn't cheap, but it does a *lot*.

With the smartphone becoming steadily more and more ubiquitous, it's even managing to worm it's way into areas of our life where it can replace bits of kit once deemed essential. The light meter is a case in point.

Let’s face it, with the advent of the smartphone, photographers and videographers have been able to rely on their mobile device for a lot of things that they would otherwise need a special piece of equipment for. From an external recorder to even the camera itself, mobile filmmaking is really changing the way we look at capturing that all important image. You can even use your mobile device as a light meter. And here’s how.

First off, there are dozens of light meter apps available with which, harnessing the power of your mobile device’s camera, you can measure the amount of light falling on your subject. Chief on this list is Pocket Light Meter, a free app that is your basic app for measuring light that can both fall on and reflect off your subject. But it also has a few other cool features, including spot metering and a hold function that allows you to lock-in the settings so that you can walk back to your camera to input them. Then you can release and measure again. Or, you can select the LOG function and it will save a screen grab of the image you took the measurement on, along with the settings for future reference. Not bad for a free app.

Similar in function is Photometer. Although it’s not free, it is only .99, and it comes with two different looks with which to dial in your meter. First is Modern Mode, which enables you to view the image you’re getting your meter on plus sliders to adjust the aperture and shutter speed. But if you’re a more classic kind of a shooter they have a skin that enables you to rotate the virtual dials to make those adjustments. It’s like turning your iPhone into an old school Sekonic.

Speaking of old school dials, Photometer Pro, for .99, gives you every professional feature plus a sensitive needle meter display that moves much like the real deal. Photometer Pro can measure reflective, incidence, exposure compensation, and even a timer that allows you to set exposure times down to 1/1000 of a second.

On the Android side of things, there’s Lightmeter Free, which offers incident light metering and reflected light metering. Pretty basic, but hey, it’s free. There are plenty of others, including Lumu Light. So look in your app store and pick the one that works for you.

But just because you have the software covered doesn’t mean you can just measure your light and set your dials. That’s only half the solution. On the hardware side, you need an opaque measurement tool to diffuse the light as it’s exposed to the phone’s camera to get an accurate, ambient reading. There are ways to do this, one electronic and one physical. I’ll start with the physical option first.

Started as a Kickstarter project, Luxi for All is a really cool device that goes on your keychain and when you need it, you take it off and slip it over your phone’s camera to get the diffused readings you need. It also comes with its own app to designed to use Luxi to it’s fullest. The nice thing about Luxi for All is that it can be used for both Android and iPhone, or even Windows Phones, and even a tablet. Cost is $29.95, but you can get the original Luxi for $9.95 if you’re planning on repurposing an old iPhone 5 or iPhone 4.

Second is the digital option. Lumu Light plugs into your headphone jack, (if you have one left) which converts the light data from its digital silicone photodiode and hemispherical diffuser into an audio digital signal that the Lumu app can read and translate into shutter speed and aperture settings. Cost is $59.99. And if that sounds cheap it's because, while you can still buy it, it's no longer being actively developed and so the likes of B&H are heavily discounting it. Its replacement is the Lumu Power, billed as an all-singing, all-dancing, light, exposure, flash and color temperature meter for iPhone which should ship this month for $299 after the obligatory crowdfunding cycle.

But in today’s 3D printed era, I’m working on a roll-your-own solution that includes a sliced up mini ping pong (you know, the ones that you can use to play beer pong?) which will then go into its own housing and perform the same option for pennies. I’ll let you know how it fares when I print it up.

The point is, your mobile device can do just about anything, so why not use that power and lighten your camera bag a little?