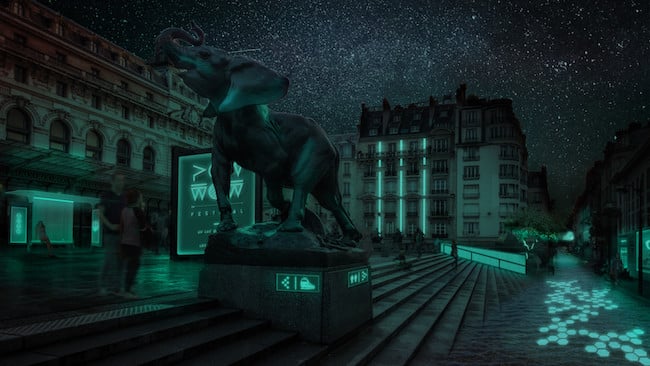 Not so ,much the white heat of technology as the weird glow...

The internet is no stranger to strange ideas. The very concept of crowd-sorcery seems to invite the sort of entrepreneur who's convinced that the route to success is to offer the world extra-lightweight carbon fibre dumbbells. In this context, our subject today (which isn't being crowdsourced) is a combination of fascinating science and slightly questionable practicality. This makes it exactly the sort of combination that's interesting to look at, especially as it emits light — and we can't make pictures without light — but also because the way it's being promoted could be seen as a slightly cautionary tale.

French company Glowee is an organisation dedicated to making lights that work not by heating metal or electrifying gases, but with bioluminescence. In fact, they're the latest in a few companies to look at doing this, with a Kickstarter at least as far back as 2013 involved in the production of glowing plants. That venture did well, raising nearly half a million US dollars based on a $65,000 target, although their Etsy page still offers the opportunity to “pre-order now,” despite having an estimated delivery in 2013. Despite this flakiness, both Glowee and Glowing Plant are, or were, talking about more or less the same approach. Quite a few things in nature glow, including fireflies, the plankton that churns up in the wake of ships and more than a couple of undersea creatures. None of the world's glowing organisms is a plant and the approach would have required genetic modification. However, while the glowing plant project was more or less a curio, Glowee seems intent on creating practical lighting apparatus using the technique.

To do this, they are splicing the genetic code for light production into bacteria. Their site is replete with images — presumably artist's impressions — of various pieces of street furniture and architecture emitting a lambent green glow with hints at structures similar to a fluorescent tube, an approach which they discuss in terms of its potential to “provide light where there is no electricity.” There is much discussion of the polluting nature of electricity generation and implications that bioluminescence, via its seductive association with plants and nature, is some sort of a solution. And to be fair, there is also mention of worthwhile improvements in the technology, moving from a few seconds of light at the beginning of the project to a device capable of glowing for days after a year's work in the lab. Glowee happily warns us that five percent of global greenhouse gas emissions are provoked by the energy consumption of lighting.

Bacteria and the hydrogen fuel cell

Anyone who's heard of conservation of energy will already be halfway out of their seat by now. Biological or not, Glowee's bacteria-powered lights are subject to the laws of thermodynamics. The bacteria need to live on something and the production of that something will require energy. The fundamental issue here might end up being much like the hydrogen fuel cell we talked about last year (See: http://www.redsharknews.com/technology/item/3153-hydrogen-fuel-cells-for-drones-and-film-production).

Hydrogen is not a fuel in the same way fossil fuels are and if it were, we'd be running out of it just like we're running out of oil. Hydrogen requires energy to produce, as do bacteria and whatever they consume. Hydrogen in this context is a way of storing energy, not producing energy. A tank of hydrogen (or bacteria food) is fundamentally another kind of battery. The question is whether either hydrogen or bacteria food is a more effective battery, in terms of how efficiently we can put energy into them and recover that energy later. In terms of the hydrogen fuel cell, the answer is, sadly, not very encouraging. The process of extracting and storing hydrogen is more wasteful than charging and discharging a lithium-ion battery. Hydrogen is a worse battery than the batteries we already have. 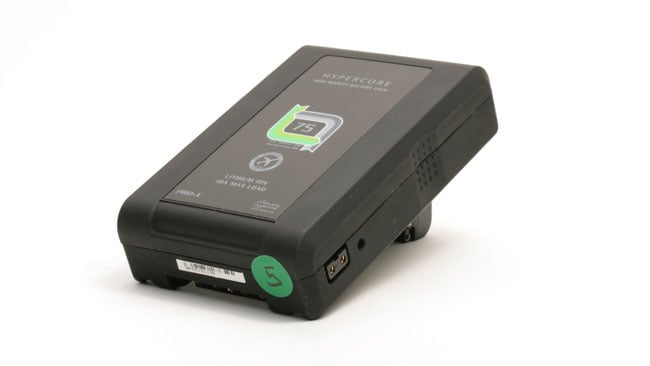 Whether this also applies to Glowee's bacteriological lights is another issue. If the bacteria food is a plant that's grown in sunlight, there might be an argument about whether some of the energy involved is fundamentally solar power, but we'd then have to examine how good a use this is of solar power. It wouldn't require the energy-intensive production of solar panels, so it isn't a straightforward question.

Either way, the technology is fascinating. Various colours are apparently possible (there's no word on whether they've actually been achieved) and blending them might presumably yield white.

At least it's probably flicker-free.