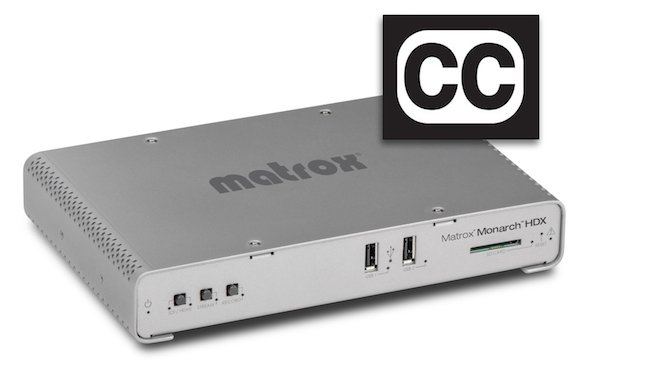 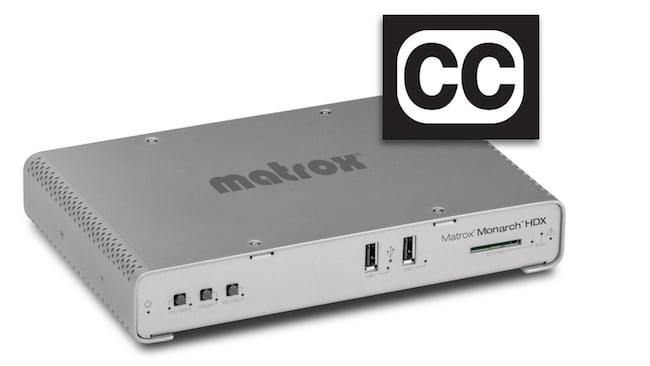 Closed Captioning is at the heart of the new Matrox HDX

Matrox’s Monarch HDX is introducing an intriguing new feature at NAB with its ability to caption live web programming.

One of the disconnects in the broadcast industry at the moment lies with the way that traditional linear TV is highly regulated with all sorts of legislative structures in place to promote diversity and access. And how much of the rapidly growing OTT and IPTV-native side of the industry quite conspicuously isn’t.

That’s not going to be the situation forever and, also with a firm eye on a gap in the market, Matrox's Monarch HDX dual-channel encoder now features the ability to caption live internet programming. Retrieving closed-captioning data from the SDI VANC, the unit’s caption-enhanced H.264 media can be streamed to video hosting platforms including YouTube Live or a variety of content delivery networks.

Elsewhere the company will also be showing its newly announced Maevex 6150 quad encoder in North America for the first time. Streaming and/or recording four or more channels simultaneously in a rack-ready 1U dual-density form factor, this works with multiple protocols —including RTP, RTMP, RTSP, MPEG2.TS — and can be easily programmed and controlled either via included software, custom applications incorporating the PowerStream Plus API, or started/stopped directly on the device itself.

Other Matrox kit on display includes the $2495 Monarch LCS lecture capture appliance and, of course, the $995 Monarch HD, which is ideal for simple installations where only a single HDMI feed needs to be webcast while simultaneously recording a master-quality recording for post-event editing.