Remembering Media 100: one of the great NLE pioneers 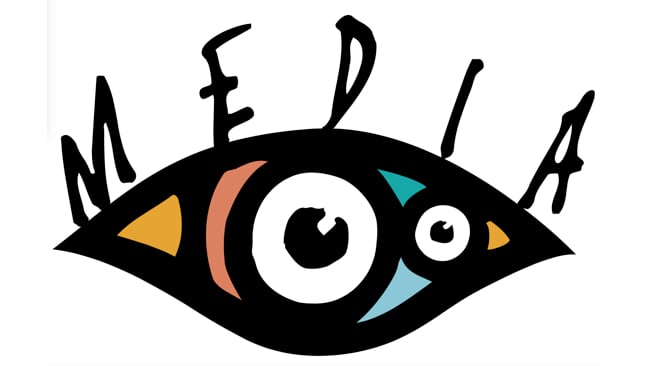 As it announces a new, free version, Roland Denning remembers the very early days of one of the early pioneers of the non linear editing age, Media 100.

Digital non-linear editing is now so good and so cheap we take it for granted. While the pioneering Avid and Lightworks are still with us, the system that was really the breakthrough product for non-linear online editing has almost been forgotten: Data Translation’s Media 100.

Back then, non-linear editing was initially a strictly off-line system: you off-lined on Avid or Lightworks and then conformed in a conventional on-line tape suite. Clearly, this was an interim stage and everyone knew that we were waiting for computers to be powerful enough (and drives to be cheap enough) for the whole process to take place on a computer.

Just over 20 years ago a colleague and I had a commission to produce a 12-minute art programme for the BBC and decided to invest most of the post-production budget into building an edit suite which we could hire out when not using it for our own productions. To put that into perspective: TV budgets then would probably be, in real terms, about ten times what they are today and you could spend many thousands in an online suite. Avid had just launched their first low-cost online system (Media Suite Pro) but it was aimed largely at the corporate market as it was well below broadcast standard. Compression rates needed to be high because storage was expensive and slow. At the beginning of the 1990s, a fast 2GB drive could set you back a couple of thousand pounds.

Unlike Avid, Media 100 was launched exclusively as an online system. It was also low cost and offered (in principle) broadcast standard results. Media 100 was a combination of software, a break-out box and a board that fitted into your Mac. At the heart of the system was a high-quality analogue to digital converter. Cameras were still analogue and BetaSP dominated the broadcast world. For the first time, a small production company could edit and finish in-house and save the many thousands that would be spent on an online tape suite.

I believe I was the first to set up a Media 100 system for hire in the West End of London, launched with an impressive (!) 16GB of RAID drives, a Mac Quadra 800 and a second-hand BetaSP deck. I seem to remember the initial cost of the basic set-up was over £20k (equivalent to about £35k today).

The Media 100 software had an elegant simplicity to it that people took to immediately. Timeline-based and predominantly ‘drag and drop’, it was very much a Mac application. Even today I know editors who still claim it was the simplest, most intuitive programme to throw together a rough assembly.

It was only when you tried to push it a bit harder that things began to go wrong. There was a joke going round Media 100 user groups that the system was designed to crash whenever there were more than two people in the edit suite. I shudder when I remember the number of times I had to apologise to clients for the system failing in front of their eyes. To be honest, if you were doing anything other than a very basic edit, Media 100 in its early iterations only just worked. The Media 100 was really pushing the Mac hardware to its limits and the software was, to be honest, buggy.

We soon upgraded to a Mac 9500 (which used PCI rather than the obsolete NuBus boards) and installed additional third-party boards (Green Ice followed by Blue Ice) that were supposed to speed up the rendering of effects but actually created more problems than they solved.

Media 100 was a product with strong hardware but limited software. I suspect the team behind Media 100 was far too small for the software engineering required for something as complex as a full-featured editing programme. It also came on to the scene as a Mac-only product just as Apple was hitting their lowest point and there was a strong feeling the company was about to go out of business altogether. Ironically, it was an Apple product, Final Cut Pro, that put the final nail in the mass market coffin of Media 100 as digital cameras became the norm and the excellent digitiser at the heart of Media 100 became an irrelevance.

Nostalgia aside, is there anything we can learn from this story? Certainly, don’t be an early adopter of any new technology if you are dealing with outside clients.

Today, we are spoilt for editing systems. However heated the debates may become about the relative merits of Avid, Premiere, FCPX, Lightworks and Resolve, the crucial thing is they all do the job very well and the price point starts at zero. We have huge expectations of our editing systems. Not only do we want to edit, fast, big files at high resolutions but we also want full-featured grading, effects, titling and audio mixing facilities.

But Media 100 is now available for free and looks to have matured into a stable and flexible system which hopefully has not lost any of its original charms. Perhaps it’s time for a new generation to discover it.