How to produce an awesome 8K HDR timelapse video 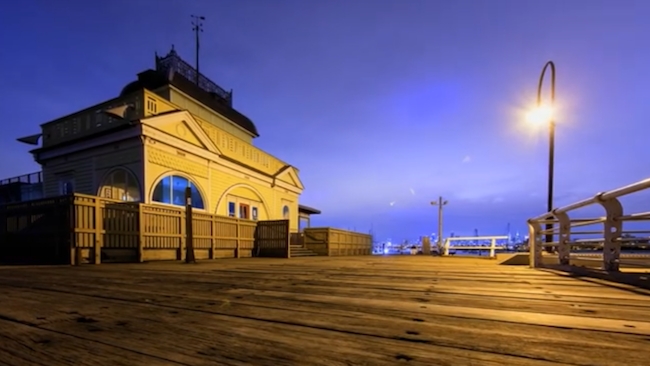 I'll be honest. When HDR became a thing in our industry, I kinda lost interest in driving image towards more higher resolution. For me, it's not so much about a real life sharpness, so much as it's about real life colors and dynamic range. But one filmmaker thinks you can have both, and they have released a beautiful 8K HDR timelapse video tour of Australia for us to feast our eyes on.

I chatted with Ronald Söthje, a filmmaker from Germany about this stunning timelapse video he took and he shared with me his experience of shooting in the land Down Under. Söthje fell in love with Australia on his first trip in 2010, and, acting from Carl Sandberg's creedo that “nothing happens unless first a dream,” returned with a vision of shooting an 8K video depicting the continent in a way never before seen.

Perhaps more to the point, he then shot an 8K HDR Time Lapse video with an unlikely platform … the Canon 5DS R 4K DSLR.

Touring from Sydney to Melbourne to Brisbane and stops in between, he traveled 12,000 km in nearly four weeks and collected 5TB of raw footage. Söthje says the biggest challenge was dealing with the footage with limited power availability in the outback. “Handling all the footage in the middle of the outback with no power near you, just what your car gives you, is a challenge,” he says.

Söthje also says that where the 5DS R really excelled was in delivering 8k resolution via timelapse (though technically the camera would need to deliver 3x that, for true 8K video). He says the nearest comparison would be the RED Weapon, which he says offers close to the same resolution at 8192 x 4320, but has the equivalent of a 36MP sensor, while the 5DS R delivers 50.

But where real estate is the advantage of the 5DS R, the Weapon would have excelled in dynamic range. “RED is better, a newer sensor design,” Söthje says. “But the 5DS R's dynamic range is somewhere between 12,5 and 13 stops; similar to the Sony PMW-F55 or PXW-FS7. It’s not best in class, the 5D Mk IV is better, but its still enough to produce a true HDR Signal.”

Post production was done with Adobe Lightroom's Timelapse feature and 16-bit Tiff processing of the Adobe Raw image files. He then imported them into Adobe Premiere to assemble edit, and then DaVinci Resolve for color grading. The challenge here was that he had to use new Samsung TV sets to view and control the 8K signal. “I had to watch each corner of the video on a 4k display 4 times,” he laughs.

Söthje also says that while he's put the 8K Timelapse on YouTube, it'll be quite a challenge to view it, especially to appreciate the HDR. He recommends using a Samsung HDR display and Chromecast Ultra if you can, which offers UltraHD Premium support. “On these new TV sets from Samsung with a Google Chromecast you would see it in true HDR and it's amazing. All the highlights are much brighter than ever before - it has a natural colorful look.

The result is an absolutely stunning timelapse video in 8K, with some of the boldest HDR colors and dynamic range I've seen yet. Even having to downgrade to Youtube's pseudo 4K, was quite the experience. You can check it out below.