Equipping your Canon DSLR for HDR 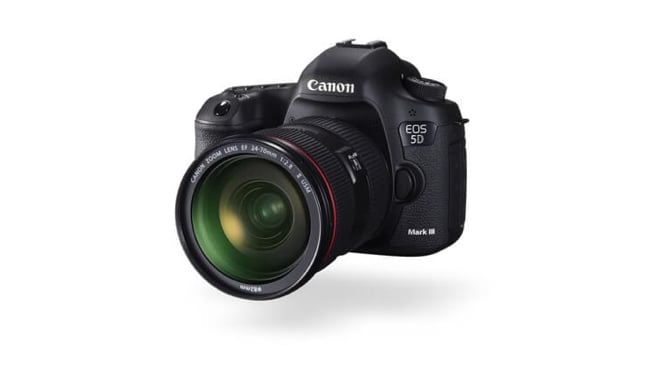 A new collaboration between Atomos and cinematographer and post expert, James Miller, aims to bring C-Log picture profiles to Canon DSLR users at an affordable price.

Log shooting has been a good thing for a long time, allowing us to do a much better job of storing brightness information about our scenes than previous approaches. Now, to some extent that's because the old, non-log formats weren't really designed to be used for digitally-acquired cinematic photography, but nonetheless, log works, and it's increasingly available on affordable cameras.

Now, Atomos, in association with cinematographer James Miller, has announced a set of picture profiles for Canon DSLRs which are designed to make log shooting possible on the cameras. This is useful for many types of production, but in particular, it makes HDR practical on some startlingly inexpensive gear.

Until fairly recently, and with the significant exception of the Canon EOS 1D-C with its movie-oriented feature set, log on Canon DSLRs has been tricky. To some extent this has been caused by problems with recording. The 1D-C offers JPEG recording in 4K, which isolates frames from one another and makes log a little more worthwhile, but it's not as effective as ProRes.

The problem, in simple terms, is that grading log material for conventional distribution involves adding a lot of contrast (strictly speaking, the brightness values are spread out a lot from the original recording.) Doing that really requires more values, and thus more bits, in the original recording than there will be in the distributed results. Initially, recording the output of Canon DSLRs was a nonstarter, given the fixed overlays and scaling applied to the HDMI signal.

The actual log encoding has been possible for a while, via the route of creating and uploading custom picture styles. People have already created low-contrast styles designed to approximate the features of logarithmic encoding. One of the earliest, Technicolor's Cinestyle, wasn't initially intended for use outside the circumstances of shows which would go through Technicolor's internally-developed post production workflow.

Although the attachment of a big name to a picture profile usable by anyone with a video-capable Canon DSLR encouraged wide use of Cinestyle, it had much the same problems as other low-contrast or log-like styles: the necessary effective contrast increase in grading could cruelly exacerbate the artefacts of H.264 compression.

Combine the advent of affordable recorders and Canon's decision to output clean images over HDMI on newer cameras, and things change. Canon has been reluctant to release an official DSLR implementation of the C-Log encoding, which is used in cameras such as C300 and its descendants, and that's perhaps understandable. There might be concerns over undermining the C-series, but without an external recorder, shooting log on a Canon DSLR is a dubious idea anyway. Atomos clearly a range of answers to this problem, so it makes sense that its supporting Miller's picture profiles, which are intended to match C-Log.

At £24.99 the package is reasonably priced. It's easy to overlook the amount of testing and tweaking that goes into creating any reliable lookup table. It's a tricky task, requiring a lot of time spent testing the corner cases of over- and under-exposure, obscure colours and unusual subjects in general. Miller's download includes not only the picture profiles but accompanying lookup tables, with various looks, for use in software such as Resolve when grading or in a monitor on set. Or, of course, using one of Atomos's new HDR-capable recorders.

With the expanded dynamic range from the sensor enabled with C-Log, a monitor that enables users to accurately and easily expose for Log in the field is required. The Atomos Inferno and Flame series, with 10.2 stops of dynamic range, a 7" high bright calibrated screen and patented HDR waveform and slider tools, gives users everything they need to create better HDR and Rec709 imagery.

The HDR revolution that is sweeping through the professional video industry and into consumer homes has been triggered by advancements in panel displays and content delivery. During 2016, Atomos shipped on camera monitors with 10+ stops dynamic range; HDR content was delivered into the home from Netflix, Amazon and YouTube; and HDR consumer flat panels started shipping.

With all these changes, however, many cameras have are already been HDR-ready. Sensors have had the 10+ stops of dynamic range needed for HDR and used Log signal processing to capture HDR in the recorded content ready for post-production. Meaning that older cameras preceding 2016 with Log output are already HDR-ready. There’s no firmware needed or update to pay for. With Log output from the camera you are HDR-ready and just need to partner it with an AtomHDR monitor to accurately expose in real-time for either HDR or SDR in the field. Atomos have worked hard to ensure this is an easy process with patented HDR tools and scopes to ensure users can be confident they have exposed correctly.

But what if your camera doesn’t have Log? Canon DSLR's like the 5D Mark III have been responsible for bringing the 35mm "film look" to the digital world with their large sensors and 24p capability, but don’t have the Log output needed for HDR. Now thanks to our collaboration with James Miller Canon DSLR users can get a Log output and when partnered with an Atomos Inferno or Flame have a formidable HDR combination.

James Miller’s C-Log package is available at a special discount for Atomos users. More information can be found here: https://www.atomos.com/offers/c-logupgrade