Playing with fireworks: impressive footage from the Sony a6500 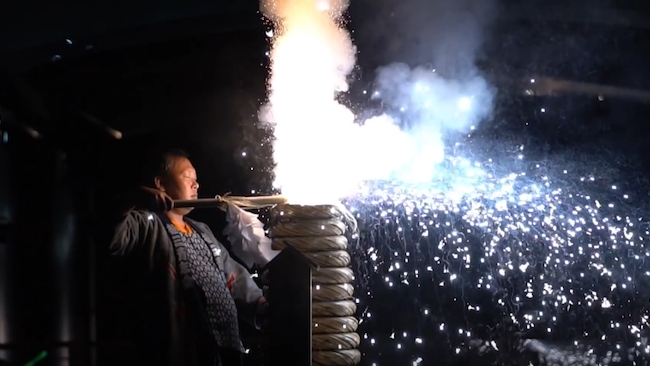 Come on baby light my fire: slow-mo nighttime work with the a6500

Sony is currently promoting its a6500 stills camera with some video of an impressively unsafe-looking pyrotechnic ritual from Japan's Chubu region.

The increasing capability of Sony's still camera range is probably best understood in the context of the a7S stills camera. Trading resolution, at a comparatively meagre 12.2 megapixels, for pixel size, the camera offered low-light performance that's still talked about with raised eyebrows today, more than two years after release and with a Mark II model now on the market.

With the alpha series thus established, interest in more recent models has been keen. The four-digit series, currently best known for the a6300 and a6500, are even more compact than the admirably diminutive a7S II, with the a6500, offering an APS-C sensor, coming in at a good £500 less than the full-frame a7S II.

It's essentially an upgrade option to the 6300, offering five-axis stabilisation and touch control over its lower-numbered sibling. Possibly the biggest upgrade though is stills-related, with significantly improved abilities to review images which have recently been shot in the camera's 11fps burst mode.

There are two videos, one of which demonstrates the 5:1 slow motion feature of the camera (well 120fps in NTSC and 100fps in PAL mode). That last is a quirk that PAL users have been quietly cursing for some time, but the footage is impressive nonetheless.