The Core SWX Hypercore Slim: a battery with an accelerometer 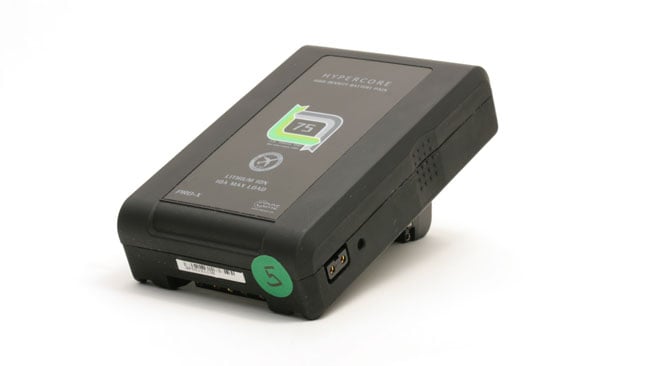 The Core SWX Hypercore Slim is a battery that has been rather usefully designed to switch itself off when not in use.

Of course, the reality is that no matter how great a piece of equipment is, how bright an LED or how high-resolution a camera, it's not much good if it's suffering from power starvation. Core SWX (formerly Switronix) recently sent us a couple of its solutions to this problem, the Hypercore Slim in V mount. These batteries are actually quite interesting because they incorporate an accelerometer which is designed to shut down the battery's electronics when it isn't being used. The need for watchdog electronics on batteries isn't solely a necessity with lithium ion technology; they're used on nickel cadmium and nickel metal hydride packs as well, but the higher energy density makes for somewhat greater safety considerations with lithium ion cells. 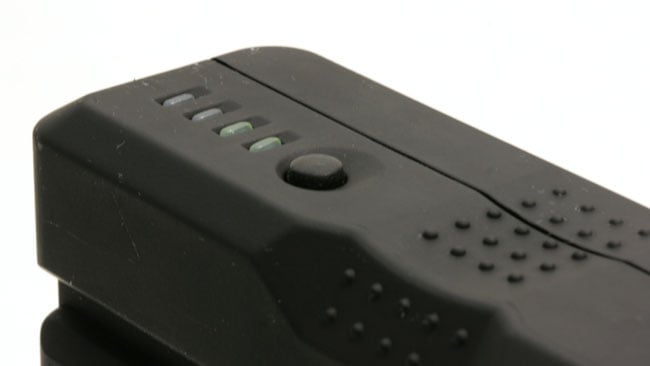 The battery includes an accelerometer to shut down internal electronics,
reducing self-discharge when idle (or at least when not being moved).

The accelerometer idea is novel, although it seems that it'll really detect when the battery is being moved around, as opposed to when there's any intention of using it, so long air travel (give or take turbulence) may serve to confuse the electronics. There's also the issue that, even if much of the electronic package is shut down, something still has to run the accelerometer itself. Being based on cellphone technology, though, it's entirely feasible that the power required to do that is so low that it's a worthwhile approach. After all, cellphones which illuminate when picked up seem to do OK for battery life.

So, it's a battery; what's special about it, other than the neat accelerometer feature? Well, it's a pretty compact battery, especially given that it's rated to withstand a stern ten-amp discharge current, presumably via its inbuilt D-tap connector, without compromise to future performance. There is a design choice here: some packs (such as those recently shown by Anton Bauer) space the cells out to make it less likely that a fault in one will cause a thermal cascade in others, whereas Core has opted to pack things together for minimum volume. This isn't necessarily a criticism. Safety is a complex area, with regulation of batteries enforced somewhat variably worldwide, with various regulator and practical issues attending air and postal logistics. At 82 watt-hours, the Hypercore 75 shouldn't offend too many airline safety people, since they are (perhaps rather unfairly) described as 'consumer-sized' by the FAA in the US. 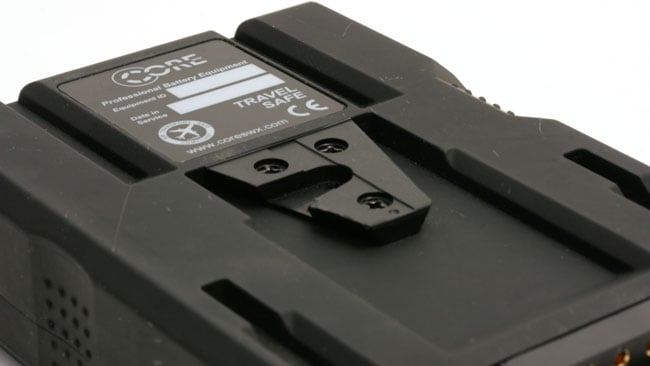 At under 100 watt-hours, the battery satisfies, on paper, most requirements for carry-on baggage.
What the airline wants is another matter.

Good-quality batteries for film and TV work are, almost invariably, expensive. At £286 or so including sales tax in the UK, the Hypercore is midrange, but batteries, like lenses and tripods, are a long-term investment, especially if they can be re-celled.