The Rory Peck Awards 2016: News camerawork at its very finest 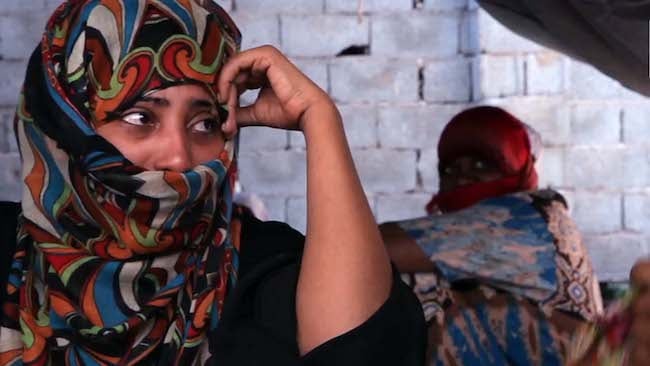 The Awards, sponsored by Sony Professional, were established in 1995 and are named after Rory Peck, a freelance cameraman killed in action in Moscow in 1993. This year’s awards ceremony took place on 7th December at the BFI Southbank in London.

News is sometimes regarded as a rather perfunctory form of filmmaking, where aesthetics and technical quality take second place to getting information over. If you have ever worked in regional TV news you will know it can be a dispiriting process – the majority of it simply a response to press releases, the rest often involving a jaded reporter standing outside a building where something has already happened. This could not be further from the world of the films competing for Rory Peck Awards; what we saw was great filmmaking in the truest sense.

Competing in three categories – News, News Features and Current Affairs - all nine finalists exhibited the essential qualities of good documentaries: the ability to tell a story, to find the shots that express the story and, crucially, to build a relationship with the subject. Watching the work produced in the most extreme situations one can only be humbled by the courage and dedication of the filmmakers. I asked one finalist what it was like in his chosen war zone: “Hell” was his simple reply.

Only one of the finalists worked with a reporter, the others were all one person crews. Unlike the distanced approach of much mainstream news reporting, there was a striking sense of the relationship between filmmaker and subject; in some cases there was a direct conversation between the two, in others the filmmaker was self-effacing to the extent that we felt the subject was talking directly to us. That relationship is all important, as is the confidence to know when to focus on expressive details and when to hold the shot and just let the story unfold before us.

We often accept that news coverage will be technically compromised – focus and exposure may not be perfect, sound can be muffled, the pictures shaky. That was certainly not the case here. It is a credit to all the filmmakers that the quality of pictures and sound on the large NFT 1 screen were first rate. It is also a credit to current technology that we are now in an age where small, unobtrusive cameras can enable the lone filmmaker to produce first class images in almost any situation.

Technology now in this field is a choice rather than an issue. Equipment used by the finalists varied from DSLRs (favoured by filmmakers who had come from a photojournalist background) to small handheld video cameras like the Canon X305 and XF100 and the Sony X200 to larger cameras like the Sony FS7. All of them can produce great pictures in extreme circumstances – today it really comes down to the personal style of the filmmaker as to what camera is appropriate.

It is a cliché of award ceremonies that the judges report that it was very difficult to choose between the contestants, but here it must truly have been the case. All the work was great and I could not help but be impressed by the humility and commitment of the finalists I talked to, all of whom expressed a deep-felt need to communicate difficult but essential stories.

In the News category the winner was Will Vassilopoulos from Greece whose report on refugees arriving on the island Lesbos told a familiar story with poignant humanity. As the judges said, “Images from the Med have become so familiar there’s a danger of image fatigue, but these stood out. Will held his shots, let them breathe and evolve, leaving his sequences long so you really got the arc of the story.”

Marco Salustro from Italy won the News Feature award for a report, commissioned by VICE News, on Libya’s migrant trade. In the words of the judges “You got a real sense of the fear, insecurity and lack of hope these migrants have... you don’t just walk away from this film and forget it instantly, it really stays with you.”

The Sony Impact award for Current Affairs and the prize of a Sony FS7 camera went to Marcel Mettelsiefen of Germany, who could not be present at the awards, for his film about the family of a leading rebel commander in Aleppo. “The way this film draws you into the complex, quite desperate and also quite hopeful inner life of this one family is breathtaking. It’s honest, emotional, intimate and poetic.”

In this category I would also like to give a special mention to Paul Salahadin Refesdal, a Norwegian filmmaker whose film Dugma: The Button was an extraordinary “intimate, everyday portrait of suicide bombers” among al-Qaida fighters in Northern Syria. To reveal the humanity and ordinariness of suicide bombers is a task that not many would or could undertake, but to see them as fallible human beings all too similar to ourselves is a challenging and frightening achievement.

One final award should not go unmentioned – the Martin Adler prize for the outstanding contributions made by local freelance journalists, which went to ‘fixer’ ‘Angel’ Istek Alcu who, based in the Kurdish region of south east Turkey has a remarkable reputation for trust, knowledge and independence. She is one of those totally essential people so often overlooked in award ceremonies.