The IBC Tapes: Number One, Chrosziel 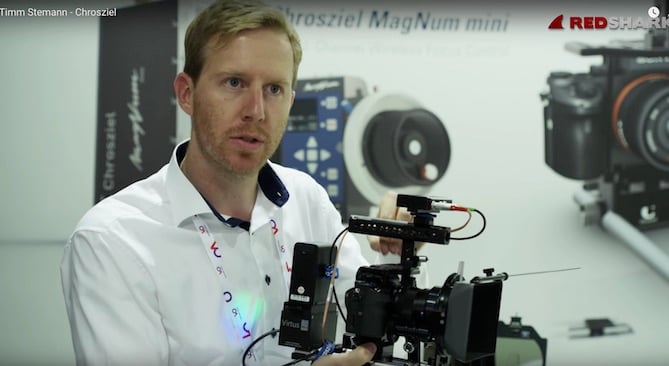 While we were investigating a busy showfloor out at IBC2016, we also filmed several interviews with some of the leading companies in Amsterdam for the show.

First up is Timm Stemann from Chrosziel, who demonstrates two new products the company launched at the show: a tiny version of its MagNum receiver, the Magnum Mini, the first batch of which had already sold out; and a beautifully engineered and designed new cage for the Sony a7 II.