Fly through the ISS in glorious 4K 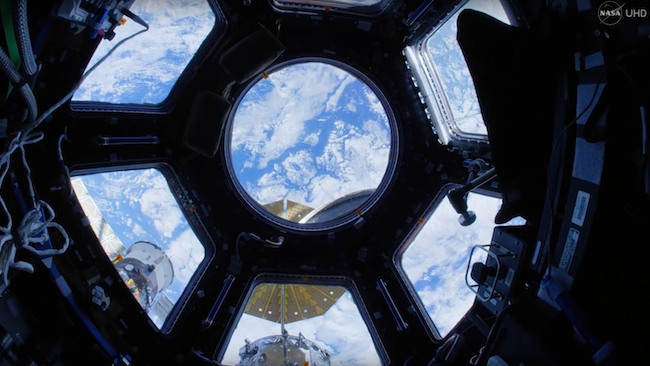 The Cupola: frankly you'd have to prise us out of there with a crowbar

NASA’s UHD channel has bought us some great eye-candy in the past, but this fisheye fly through of the ISS is one of the most fascinating yet

Okay, admittedly it doesn't have the sheer visual splendour of a lot of the Earth imagery that has been uploaded (downloaded we guess would be more accurate) from the International Space Station in the past. But what it lacks in visual sumptuousess it more than makes up for in information.

This is a guided tour of the ISS basically: a slow, languid ‘float’ though the innards of the Station produced by Harmonic that showcases its innermost workings. A map pops up now and then to tell you where you are, while a text banner gives you the detail. “We’re now entering Tranquility (Node 3) on our way back to the Cupola,” that sort of thing, the only shame being that it doesn’t do that in the voice of HAL 9000.

And, of course, when you do get back to the Cupola the images of the planet hanging above the Station are fantastic…