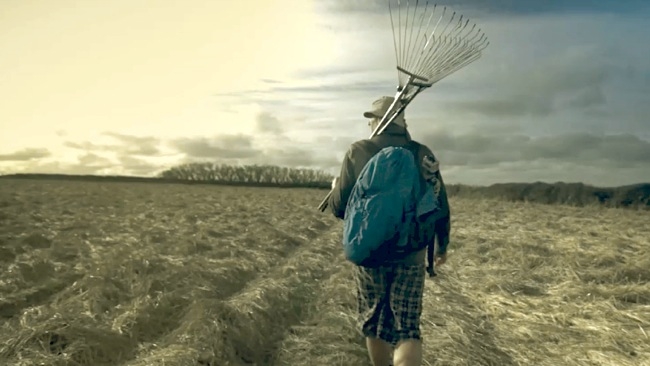 Here's a lovely music video filmed with an FS100. It's a modest work.  It's simple but disarmingly effective

Update: We originally thought this was shot on an FS700, but we're now told it was an FS100, the predecessor to the FS700

We like to bring you outstanding, exceptional examples of video work. Readers often draw our attention to video pieces that might already be widely known, or are just breaking through into massive popularity. And in our enthusiasm to bring you the ultimate examples of creative imaging, we may be guilty of overlooking content that just does its job well.

Let me explain what I mean by this.

It's very easy to be captivated by the exceptional and the extreme. But in our industry, there is so much good work that does its job well but rarely has its praises sung. In fact, this probably represents the bulk of it.

And there are cameras out there that do a fantastic job, making this silent majority of material. It's "silent" in the sense that it probably doesn't win awards, nor garner massive publicity; but this doesn't mean that it doesn't do a good job.

Here's a great example. It's a modest music video, done well. All you need is a good music track, some natural scenery, a Sony FS100 - skilfully graded, and, in this case, some help from a local abstract artist.  It's not going to stop global famine or shift the Earth on its axis, but it's a good way to spend four minutes and twenty two seconds.