The good news about high resolution and storage 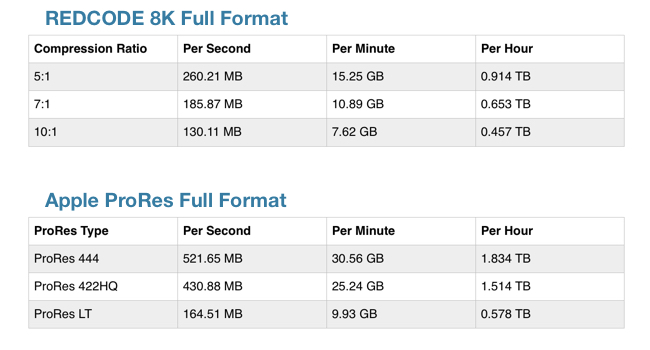 We've been working closely with RED and G-Technology to look at shooting and production workflows beyond 4K resolution.

Today’s digital video cameras are able to make images that exceed the quality of film. Higher resolutions like 4K, 6K and 8K capture more detail than ever before, but call for increasing data rates, file sizes and storage requirements. The good news is that as cameras have improved, so has the capacity, speed and reliability of storage, so that now, shooting in the highest resolutions is neither experimental nor difficult: it’s just an amazing option for you to use if you need the best pictures possible.

The rapid and inexorable rise of video camera capability over the last decade and a half has been little short of miraculous. The very first digital cameras couldn’t shoot video and their images did little to worry film stock manufacturers. But the rate of progress was staggering. The cameras available today can capture video at sixteen times the resolution of HD (four times the linear resolution), extending the choices available to filmmakers beyond what they could reasonably have imagined just a few years ago.

Sixteen times the resolution of HD actually does mean sixteen times the data. Shooting at 60p doubles this. A single frame of uncompressed 8K video contains as much data as around thirty copies of War and Peace. A feature film would create more raw data than half a million books. This sounds tricky.

But cameras aren’t the only technology to evolve in multiples every few years. Storage has improved too. Almost without realising, we now talk about terabytes instead of gigabytes. Storage is more reliable too. Experienced users realise that all drives are not equal, and that “enterprise” level drives last longer under tougher conditions.

While storage technology has improved, two other factors have conspired to make super high resolution cinematography practical and realistic. Storage prices per megabyte have dropped dramatically, and video compression techniques have evolved. At the same time, computers, largely due to the availability of almost unbelievably fast GPUs, are able to work with very high resolution video, and can easily cope with proxy workflows where complex multi-layer editing is required.

Put all of these improvements together and the result is that shooting at resolutions higher than 4K is a highly practical proposition on all levels.

Here’s an example: 8K at various compression ratios, with both REDCODE and Apple ProRes. The frame rate is 24 fps. 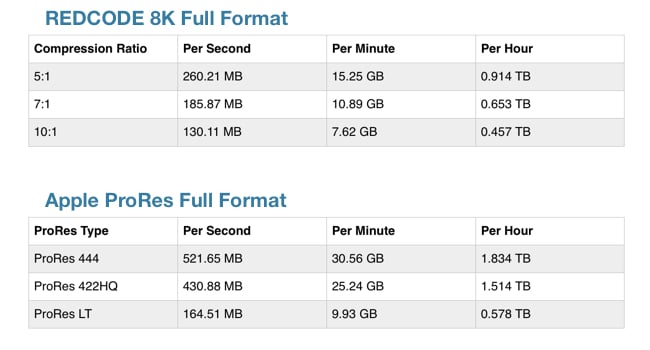 At 5:1, in REDCODE, you have visually stunning quality, and the storage rate is less than a terabyte per hour. We’ve shown equivalent data rates for Apple ProRes. This is a low-compression discrete cosine-based codec with a higher data rate but a very low processor overhead.

Shooting at 6K and at 4.5K reduces the storage requirements proportionately. 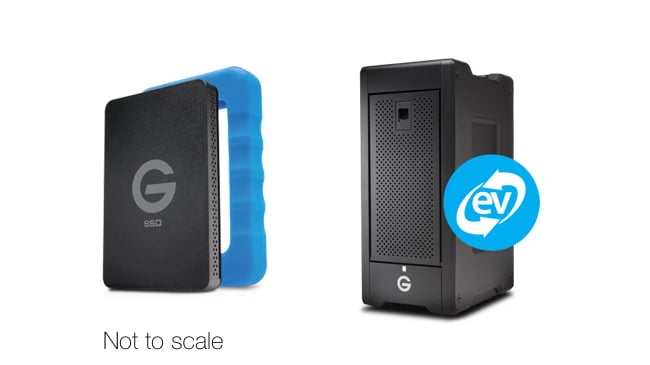 Even 8K is managable today

What this demonstrates is that today, shooting in the studio or on location even at 8K resolutions is manageable and practical. Using tools like the capacious G-Speed Shuttle XL with ev series bay adaptors and the G-Drive ev Raw SSD, as well as G-Technology’s EV Series RED Mini Mag reader, as long as you plan an efficient workflow, there’s no reason why you can’t shoot in extremely high resolutions with confidence and with a realistic budget. And if you do, it will be worth it. There are tangible benefits to shooting in the highest possible quality, and with today's storage technology, there's no reason not to.

Click here to find out more about RED cameras

Click here to find out more about G-Technology storage solutions