The end of shaky video? 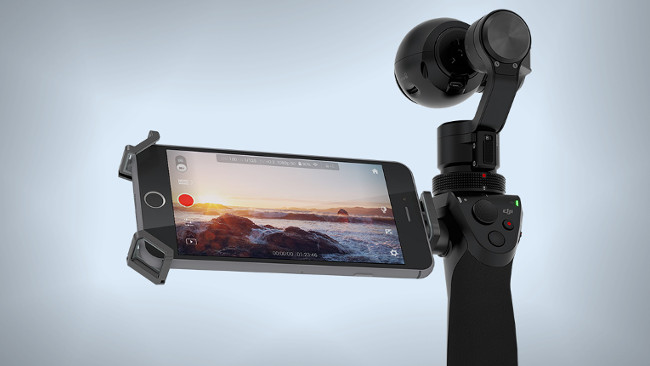 Considering the ever-increasing attention for stabilising moving images, are we nearing the end for shaky images, whether intentional or not? By Joe Foster.

I've recently become interested in buying an electronic stabiliser for my smartphone, both for promotional videos that I produce for my local theatre and for some silky smooth holiday shots. I've always been drawn to video coverage that's both smooth and elegant, be it that brilliant single-take fight scene in the 2015 film Creed or countless tracking shots of characters walking from place to place.

So I've been thinking, "isn't it about time that we got rid of the shaky cam for good?" With the advent of newer, smaller and more clever gimbal and rigs, such as Ronins and Osmos, do we need the frantic camera turbulence that comes with shooting POV shots? Or the mandatory on-the-shoulder-running-through-a-crowd-chasing-our-hero type shots (patent pending)?

The easy answer would be yes, however things are not so smooth and straightforward...

I'm sure most readers will know this already, but for those who don't: a good tracking shot is normally performed by a Steadycam unit used by a trained operator. It was invented by a cameraman named Garrett Brown back in 1975. His ingenious invention consisted of a vest worn by the operator with a mounted monopod for the camera. Crucially, these two elements were connected with an armature that absorbed all the undesirable shakes, bumps and jerks that come with trying to hold the camera by hand or on the shoulder. Before Brown's invention, shots were either limited to fixed tripod positions, shaky handheld/shoulder mounting or sometimes impractical dolly setups.

The device was first used in the 1976 film Bound for Glory, although the next two films that used it were actually released first in the same year: Marathon Man and Rocky (who can forget that training montage, ending on the museum steps?). Other notable early credits include the low-down hotel corridor shots in Stanley's Kubrick's The Shining (which required the introduction of the 'low mode bracket') and the Star Wars sequel Return of the Jedi, which consisted of Brown walking through the forest with his Steadycam at less that one frame per second, in order to film the very fast backdrop of the Speeder Bike chase scene.

The Steadycam has been used extensively ever since, which paved the way for smaller and less expensive steady devices to be introduced, such as in drones, DJI's Ronin and the DJI Osmo (one of which was used in a recent corporate film for Pinewood Studios).

There is a tendency to view shaky cam with a lot of distain, eye rolling and prompts by some to yell out "use a bloody tripod!" (ok, possibly not the last one). I very much agree that it can be overused. It's also entirely possible that the handheld approach is seen by many filmmakers as the easy method, with little planning or choreography needed, although it would be unfair to simply paint all shaky cam setups with the same brush. With this in mind, the reality is that, as biological beings, we just don't view the world in this way. In a way, our vision and sense of balance act as a natural stabiliser. When we run to catch a bus we're about to miss, our vision doesn't suddenly jolt from side to side; if it did, we would probably throw up as soon as we got onboard!

Speaking of which, I've always thought that a movie shot entirely in first person would be interesting, with yet another reason for videogames to cross with movies. However, the problem with this, like the recent POV movie Hardcore Henry (shot entirely with Go Pro Hero 3 Pluses strapped to actors,/stuntpersons' heads) is that it becomes an exercise of endurance with motion sickness. This method is far better in short bursts rather than in a whole movie. I would be more interested in a more realistic, stabilised POV perspective instead.

As another personal example, I was not much of a fan of the shaky hand-held technique being utilised during fight scenes in Christopher Nolan's Dark Knight trilogy. It was difficult to see what was going on and, although I appreciated that this frantic approach was probably intentional, it was a little overkill.

The Art of Shake

So is the shaky cam doomed? Surely with new advancements in technology, with better and more streamlined rigs, audiences no longer need to endure frantic camera turbulence? I believe that, to a degree, this will probably be the case. However, there is something to be said for a sense of style, a certain look that the director or the cinematographer is aiming for. The cinéma vérité approach (if you fancy getting snobby about it) is a powerful, effective and admirable one. It is naturally unpredictable, it's frantic and suits certain projects. As much as I personally love watching a well choreographed smooth tracking shot, I do wonder if films such as 1998's Saving Private Ryan would have necessarily benefited from the use of that. The goal that Spielberg and his crew set out to achieve was a realistic, almost newsreel-like approach to the scenes, with shakes and jitters out and proud (even going so far as to attach drills to the side of the camera to achieve more shakes during explosions). Although a beach bound Steadycam shot during the opening scene would certainly have been impressive, it probably wouldn't have suited the result that the crew was trying to achieve and, used in isolation amongst all the other shots, would have made it stand out like a bullet-ridden thumb.

Ex-documentary filmmaker Paul Greengrass and cinematographer Barry Ackroyd also use this style to great effect in their movies. 2006's United 93 used this newsreel style, which was realistic and spontaneous to great effect and, crucially, this technique was implemented without being too overbearing. The same is true with 2013's Captain Philips which, if it weren't for the leading Hollywood star, could almost be mistaken for being more realistic than it is.

Of course, I can't mention shaky cam without mentioning the recent trend of 'found footage' films. This is probably the genre most suited to this style, simply because the setup is literally a character holding a camera. Putting aside any feeling of genre fatigue with the sheer number of these movies, its hard to argue that the shaky cam does add to the overall effect.

This is possibly just a matter of personal taste. I like my fisticuff scenes clear and impressive, and my newsreel/documentary footage spontaneous and imperfect. It all depends on the setup and the story. Does the shaky, newsreel style suit the story being told? Or would a more fluid setup be preferable?

Not every situation calls for some kind of Steadycam, due to cost, time etc. It's also true that stabilising units, such as the DJI Osmo, are not always going to cut it. However, the very fact that these devices are getting smaller, smarter, more affordable and more advanced does show that there are alternatives available to tell a story. Shaky cam probably wont be leaving us, but let's not go mad, ok?