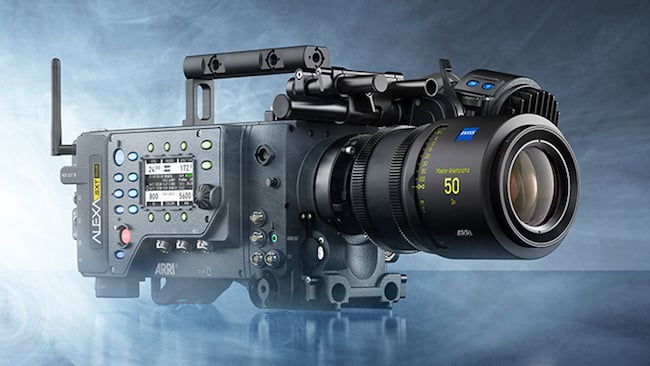 ARRI has finished its development of the ALEXA SXT cameras (Super Xtended Technology) first announced back at NAB 2016, plus launched some intriguing sounding new Master Grips.

As a result of completing the SXT work, the company says it will now make good on its promise to provide upgrades to all ALEXA XT EV, ALEXA XT Plus and ALEXA XT Studio cameras shipped in 2015 and 2016. It has also widened the geographic scope of the operation and, in addition to the originally promised program of a free-of-charge SXT upgrade in Munich, it’s equipped its service stations in London, Los Angeles, New York, Beijing, Hong Kong and Mumbai to perform the operation to.

For those who received their XT camera before 2015, a paid-for upgrade option to a full SXT is also available.

As we’ve detailed before, the SXT version of the cameras can manage more recording formats and handle more processor-intensive tasks such as calculating looks with 3D LUTs or color space conversions to Rec 2020, all in realtime. It is also now possible to monitor in HDR. Four independent monitoring outputs (viewfinder and 3x MON OUTs) provide the right image for each crew member, and each of the MON OUTs can output to either a Rec 709 or Rec 2020 monitor.

There was more on show from the company at IBC too.

Four new Master Grip handgrips offering fingertip control of ARRI and third-party cameras and lenses when shooting handheld were launched. Combining effective camera stabilization with lens and camera control, the four versions provide either right-side or left-side grips, with either a rocker for super-smooth zooming or a thumb wheel for iris or focus adjustments. Mounted on tripod pan arms or studio pedestal heads, the Master Grips can be used as focus and zoom demands for multi-camera setup.

The ARRI SkyPanel series of LED soft lights added the new SkyPanel S120-C, twice as long as the S60 for wrapping light around objects or vertically lighting people, but weighing nearly the same. Retaining the same features and color tuneability as its smaller counterparts, it consumes less than 400 watts, yet it is slightly brighter than the S60-C and has an outstanding efficacy of 90 lumens per watt.