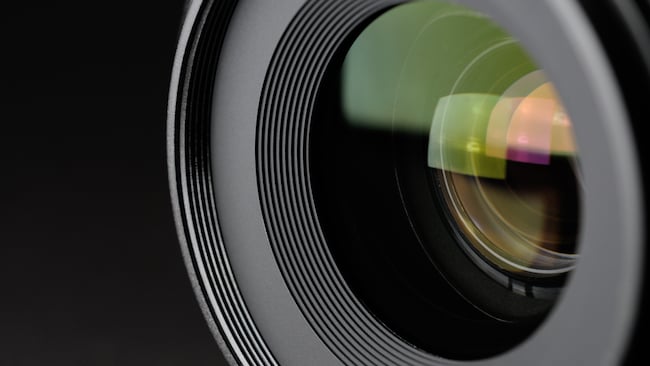 One of the things noticeable at IBC is that good glass is still stubbornly resisting commoditisation and is as important as ever.

But if you are prepared to pay the price for a good cinema prime or zoom lens, it seems you're in for a treat, because not all lenses are the same.

While we've been at IBC in Amsterdam, we've had the good fortune to visit several cinema lens manufacturers in quick succession. There's an endemic difficulty for lens manufacturers, which is that their products look superficially similar — physically, that is, and optically, if you're not really looking very closely or if you don't know much about lenses.

Look a bit deeper and every range of lenses has some pretty unique characteristics. Some might be clinically clean, with minimal distortion and strikingly good sharpness. Others might go for a look that - depending on the nature of it - can help cinematographers get closer to the final appearance of the film in a way that the cinematographer might have had in mind.

Some lens manufacturers deliberately engineer a look. Sometimes this look is achieved through imperfections. And occasionally the look is engineered it to, for example, give a better-looking and more pronounced bokeh.

It's pretty clear that there are as many looks as there are types of lens. This could be an issue, but at least it is mitigated by the fact that if you buy a set of cinema primes, they will probably be so well matched that they will be easily interchangeable.

With the ability to choose a look that is generated by your lens, it's less likely that you'll need to apply looks in post production, although some would see the lens look as a basic starting point for future post modification.

What really matters, though, is that when you apply a look in the analogue domain, you are likely to retain the full information in the image. It's a critical part of the process of acquisition and this is where the lens manufacturers try their hardest to distinguish their products from other lens makers' products.

There's the clean, ultra-sharp, precision look. Sometimes you want your lens to simply capture everything that's there.

There's the warm, somewhat soft but engaging look for shots that don't need the ultimate in sharpness but instead call for a gentler, less stark appearance.

And then there's the look that has been designed precisely to emphasise the nature of the out of focus areas of the image, giving as smooth a bokeh as is physically possible.

And most lenses have a characteristic colour temperature. Cooler lenses tend to be more scientifically clinical and might perhaps be more suited to shooting machinery or urban scenes. Warmer lenses are kinder to skin tones. But as always, there are exceptions: dystopian sci-fi might feature a lot of flesh, but with a blue/silver metallic hue.

Ultimately, it's all subjective. But it's no less important for that. Cinematographers and DOPs choose lenses based on their look, and, hence, largely their emotional response to the images.

It's tempting to say that the lens is the most important part of the camera, optically and in terms of the look.

The fact that superficially most lenses are similar in their physical appearance shouldn't mask the important differences; some intentional and some accidental. But whatever the cause, there's more choice than ever now, at low and high budgets.

So don't be lulled into the assumption that the "look" is always achievable in post. It's always going to be better to get it right outside of the camera and in the lens. Nature is analogue and lenses are analogue. It's a perfect match.