Zeiss LWZ.3 lightweight zoom — one of the stars of the show 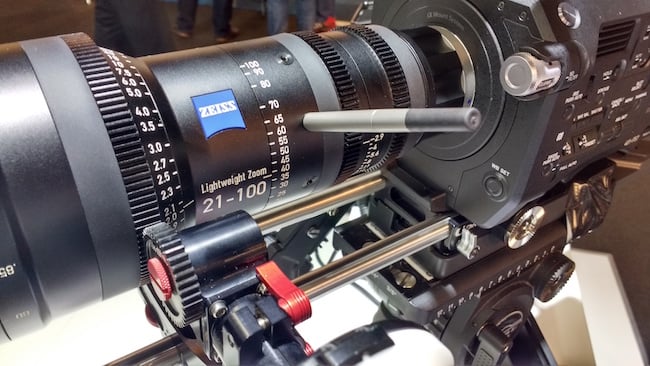 IBC Day Two: Phil Rhodes highlights some of the latest technologies and innovations on show in Amsterdam in the fields of lighting and lenses before falling head over heels for the new Zeiss LWZ.3

International conventions are places where enthusiastic professionals in manufacturing, public relations and the press come together in a determined attempt to make each other inebriated or exhausted. During those wine-soaked, twenty-seven-hour days, however, there’s often the occasional chance to examine new and interesting pieces of equipment. 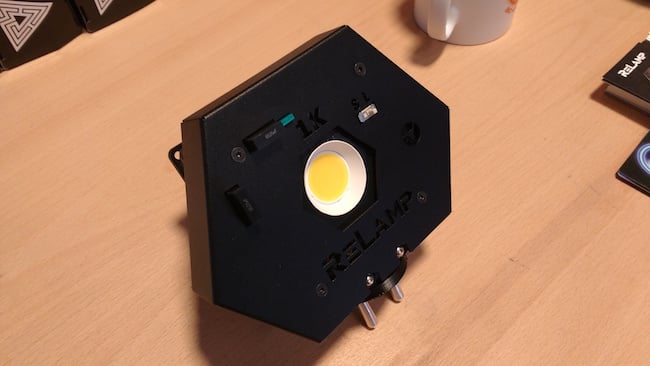 I’ll save the best for last, but in general, our feelings about gradual refinement still feel justified. AC Entertainment showed its Relamp to LED system, which has been available to users in 110-volt parts of the world for a while. It’s designed to be a plug-in replacement for tungsten bulbs in 1K and larger fresnels, maintaining only slightly lower light output than the tungsten original and, of course, vastly lower heat emission and power consumption. This sort of thing is something of a holy grail, given the ability to get more value out of an existing lighting investment, and at around £600 for the almost-1K-equivalent version, an attractive price. They’re fan cooled, but now they’re available in a version that will work from UK mains, we’ll get hold of one soonest and put a colour meter on it. 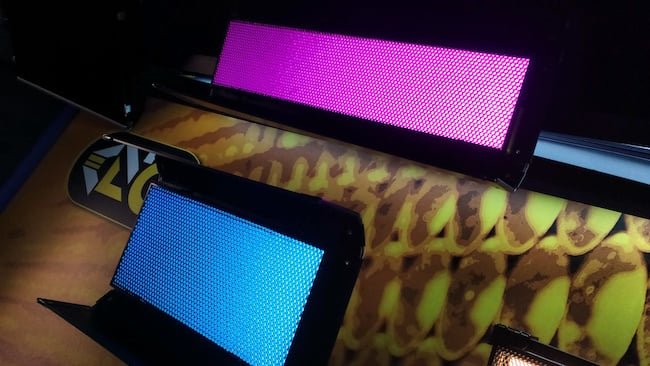 Sticking with lighting, Cineo showed its HSX panel. This is, to be fair, one of very many LED lights with selectable colour temperature, but it’s one of the higher-end options and very nicely built. This is worth mentioning, however, mainly in the context of Cirro Lite’s display of Kino Flo’s most recent LED innovations. They’re not new devices, but there’s a new firmware update for them which allows them to produce both accurate whites and colour effects as well. These are among the first to combine both (very) high quality white output as well as colour effects in one package; many other ranges, such as Arri’s Skypanels, separate the white- and colour-emitting versions, although to be fair, there’s nothing much wrong with the C-suffix Skypanels as white lights either. Arri, incidentally, showed the latest and most powerful S-120 Skypanel, complementing the S-30 and S-60 versions.

Moving away from the high end of lighting, it becomes clear that if IBC 2016 is remembered for anything in particular, it’ll be lenses. Sigma’s new cinema range is well-considered on several levels, perhaps mainly because the initial announcement includes zooms. Possibly this is because the company is able to base its zoom lens range on existing work done for stills cameras, but either way, zooms are often a late addition to many ranges despite their usefulness. Sigma’s range seems well-built and the company enjoys a good reputation.

The forebrain of the average big-chip camera owner is, however, currently occupied by Zeiss’ recently-announced lightweight zoom. At 21-100mm and ramping from 2.9 to 3.9, it is not a perfect answer to almost any question, but that’s the point: to hit the required size, weight and price point, a lens manufacturer was always going to have to juggle several engineering challenges. That Zeiss have done so is to be hugely applauded.

Canon provided a less-expensive option at NAB with their 18-80mm zoom, and Zeiss has now answered the question for those with loftier goals and deep enough pockets to fulfil them. This still keeps the price well below £9,000 and finally provides a lens for the more demanding end of Ursa Mini and FS7 owners. Okay, there is no back focus adjustment, so mount changes (yes, fantastically, it’s an interchangeable mount) will require a simens star chart and careful shimming. Some users could also say that the focal length range is neither long enough nor wide enough, and personally I don't find it fantastically fast and ramping is an issue. Others disagree. The biggest issue, practically, is that there isn’t a zoom grip, with the need really being ergonomic rather than any real desire for a zoom servo motor, though it isn’t impossible to imagine such a thing emerging.

The point is though that the lens is a compromise, like all ENG-style lenses, but it’s very much the right compromise.

This is very possibly the star of the show, at least if you happen to be one of those slightly-better-off owners of a low-cost, big-chip camera.