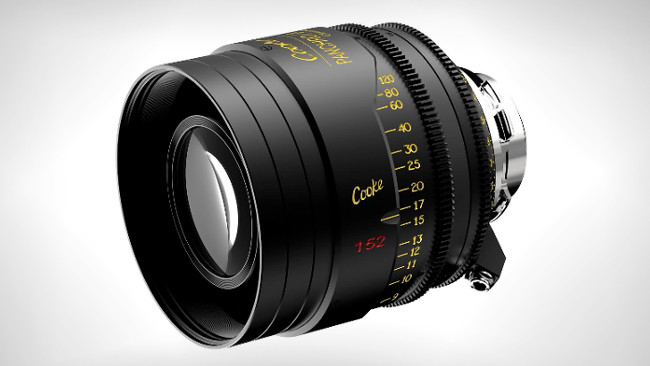 Cooke strikes a nostalgic tone with the resurrection of its storied Speed Panchro line of lenses, but these updated classics could be just the ticket to wrangle the sharpness of higher resolution video capture.

Interest in the idea of a secret special formula for beautiful images persists at all levels of camerawork. Although there are certainly circumstances where experienced people should know better than to keep too closely to the secret-sauce approach, there are also very identifiable situations where the characteristics of certain much-loved pieces of equipment have a genuine and useful influence on things.

Such a 'secret sauce'-designation has long been attributed to Cooke's classic Speed Panchro lenses. The term is a broad one, referring to a huge variety of lenses manufactured, mainly, between the early 1920s and the 1960s. Those which are most often referred to as 'Speed Panchros' in modern practice are the Series II and III lenses, generally built in the early 1940s when, despite the exigencies of war, the Series II Speed Panchros became available in focal lengths from 18 through 25, 32, 40, 50 and 75mm, with the f/2.5 100mm lens available by 1946.

The Speed Panchros defined the origins of the Cooke series numbering system, which persists to this day in its gigantically popular S4 primes, designed in the 1990s. The availability of some focal lengths varied by series. The 28mm Series 1 is the most commonly seen medium wide, whereas there was no 18mm Series 1.

Many of the Speed Panchros are still found in Mitchell's BNCR mount. Many of them are old enough now that they produce somewhat variable images, even between examples of what should be identical models, given tolerances in the original manufacturing and the way in which they've been used and stored. It can be difficult to find sets that match other than by eye.

Companies such as True Lens Services, who we've discussed before, do good work rehousing both stills lenses, pursued for both their looks and their price-performance ratio, and old, characterful lenses, like the Speed Panchros. Two things have made rehousing popular: first, quite a lot of the work that's being done is in modification of stills lenses, which are liked either for their price-performance ratio or their quality and coverage of large sensors; and second, there's been an explosion of value in older lenses, which suffer inconvenient mounts or other ergonomic shortfalls. The cost of a set of many classic lens ranges has ballooned out of all recognition in the last fifteen years, even when they don't have the storied history of a Cooke great. That's probably only partly because of the huge numbers of big-chip cameras that now exist to use them. A rehoused set of Speed Panchros is not, overall, a particularly low-cost option.

It's therefore, with some relief, that we receive news that Cooke is to revisit the Speed Panchro range, updated for the 21st century with modern mounts and housings. Of course, this isn't likely to be a particularly low-cost option either, but the low-end has never been a market Cooke has been particularly interested in or set-up to handle. What it should do is ease the availability issues of lenses which, in the feelings of many, take the edge off the screaming sharpness of ultra-high-resolution modern sensors. How well the company will be able to duplicate the look of old is another issue entirely; whether the same (or closely equivalent) grades of glass are still available, and whether the appearance overall will satisfy fans of the old gold remains to be seen.

Nonetheless, if anyone has the expertise in judiciously creating lenses with a touch of easily-visible character, it's Cooke, and we'll find out how well the company has done in roughly a year's time, shortly after NAB 2017.