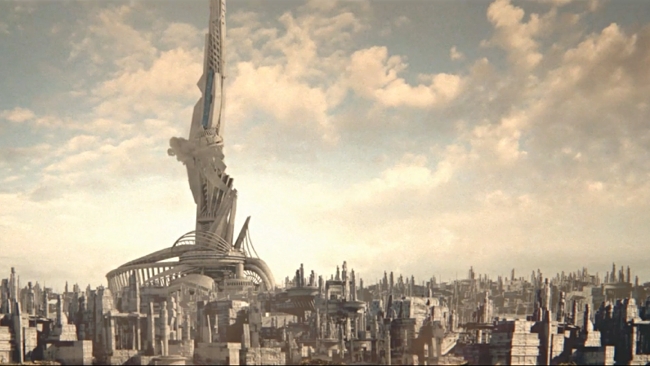 It didn’t take long for a sci-fi short to make noise in 2013, courtesy of animation student Kaleb Lechowski, who took a can-do approach in realizing his mini-epic

As a RedShark reader, you’ve probably noticed our fondness for sci-fi shorts. We’ve featured our share, heaping attention on eye-popping visions of technology gone awry and other postmodern fears playing out in the not-too-distant future.

Our first recommendation of the year

It’s now 2013, a little over halfway through January, and we’re ready with our first sci-fi short recommendation of the year! Drum roll, please...
R’ha. No, that’s not hip-hop shorthand for Rihanna, it’s the enigmatic title of a new short that’s making the rounds. The brainchild of animation student Kaleb Lechowski of Berlin’s MediaDesign Hochschule (MD.H), R’ha provides the requisite stunning imagery and immersive environments that makes us take notice. It’s yet another ‘robots versus biological organisms’ tale, but the decision to cast the flesh-and-blood creatures as non-humans breathes new life into the conflict.

It’s worth mentioning that the production was a solo venture, meaning that Lechowski did all of the art, animation, and editing himself, working in Maya, Blender, ZBrush, Nuke, and After Effects. You know what they say, “when you want something done right...”