What is the Canon EOS C700's place in a crowded market? 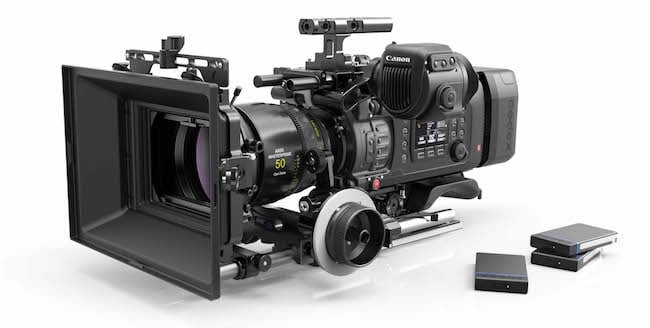 How will the newly announced Canon EOS C700 fit into a high-end market dominated by the likes of ARRI, RED and Varicam?

Something was in the air. We had a feeling about this. We didn't know what it would be but ever since NAB I've been expecting a Canon C700 camera. I don't know why. Nobody told us.

And it seems a stark contrast to the largely tepid reaction to the new 5D Mk IV, which has underwhelmed so many videomakers. The C700 is, of course, a camera in a completely different category.

And what a camera it is. Very modern, very capable, and with impressive performance at the high end. It's clear that this is Canon's answer to Arri, RED and Panasonic's Varicam.

It's certainly not cheap. It's not going to affect sales of Sony FS7s or Blackmagic Ursa Minis. £29K is not trivial. But neither is the specification.

On the face of it, 4K is a bit old hat now, but only in the sense that there have been 4K cameras on the market for years. But it's more than resolution. The standout features (I'm writing this within minutes of seeing the specifications) are that the new camera has fifteen stops of dynamic range. (That's a lot. Anything with more than ten stops could be said to be capable of HDR. Remember, though, 15 stops depends how much noise you're prepared to accept and different people have differing opinions on that. Safe to say, though, that this is impressive.)

And it has a global shutter. This will be important to a lot of people and will obviously mean the camera can be used where others couldn't because of this perennial issue.

It's not that cameras at this price suffer from rolling shutter badly: there are degrees of it and it's hardly noticeable most of the time, but no one would disagree with the notion that it's better not to have it at all.

Having an electronic global shutter normally means that you lose a stop or so of dynamic range so we will have to wait and see whether the 15 stops is available in global shutter mode. Note that there are two models, and the one with the global shutter is more expensive at £30,789 vs £28,839 for the rolling shutter version. It seems that Global Shutter is only available with PL mount.

Sensitivity is good with a claimed maximum of ISO 102,400. The cameras have triple Digic 5 processors.

Canon is competing in a refined space with this camera but one where there are a lot of sales. In the context of broadcasting, TV drama and to some extent filmmaking, this camera looks like pretty good value with some very good specifications.

Without some real-world trials and comparisons it's hard to put this into context but Canon has been careful not to limit the top-end performance. A useful tie-up with Codex means that 4K recording at up to 120 fps is possible, and for the first time ProRes is supported.

With IBC just round the corner, we will fill in any gaps in our knowledge of the new camera. We will keep updating this article as more information comes in.