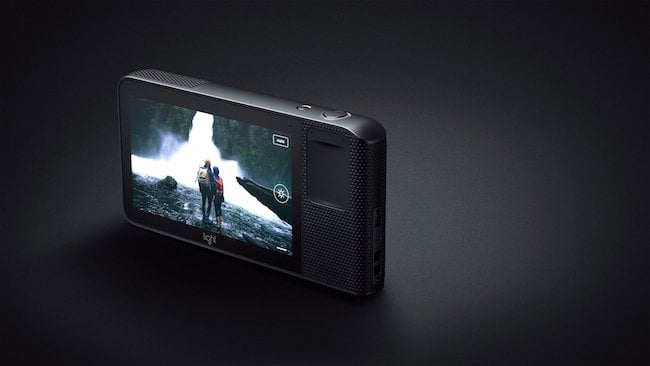 If you were one of the people expecting to receive a Light L16 this year, we’re afraid your pre-order has been put back to ‘Early 2017’. The good news though is that the spec of the L16 has been beefed up at the same time and Google has come onboard as an investor.

The L16 certainly made some waves when it was launched last October, and while Google Ventures’ latest investment of $30m might seem like comparatively small change compared to some of the money being thrown at VR these days, that brings Light’s total funding up to $65m. Pre-order sales numbers are not being divulged, buy the company says that if it was a Kickstarter it would be among the top five campaigns, which puts them somewhere between $9m (Travel Jacket) and $20m worth (Pebble) of online orders since launch already.

Not bad for a new technology and new brand heading into an already crowded market.

The new delay is explained partly by the need to tool up to meet that demand (sales were initially limited to a few thousand but quickly burst through that barrier) and partly, it seems, by some challenges getting pre-production models to fulfil their brief. As a result, the spec has been tweaked upwards, with the unit now featuring 256GB of built-in memory over the previously announced 128GB, while pre-order feedback has also resulted in an enhanced zoom of 28-150mm equivalent (previously 35-150mm).

“Since our launch, we have become intimately familiar with the mantra, ‘hardware is hard’,” writes the company on its blog. You can see exactly where some of that $65m is being spent in the production video shot in some Far Eastern production facilities below. And it’s worth pointing out that the order book for the L16 is now firmly closed; the company somewhat sensibly concentrating on fulfilling what it already has in front of it before opening it up again.