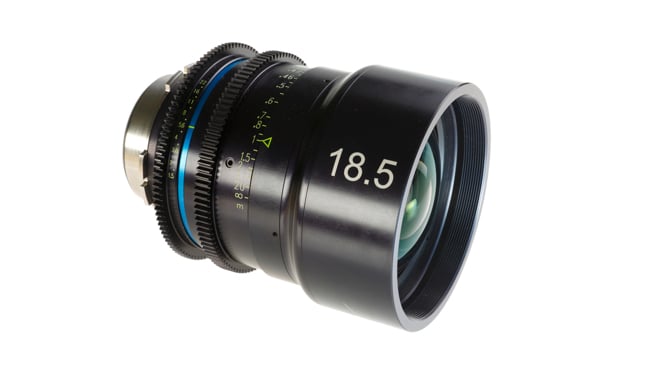 The prime cinema lens market has exploded in the last decade or so of big-chip, low-cost camera development – from options under a thousand units of currency apiece, all the way up to the point where a set could be fairly exchanged for a reasonably nice house in a reasonably nice part of the world. If there's anything surprising about this, it's that the market still seems unsatisfied. Even with the most advanced manufacturing techniques, a lens is a complex mechanical object, and even low-cost options must be made to a certain minimum standard in order to fulfil even the most relaxed requirements for usability. At the high end, waiting lists can be even longer as specialist or traditional manufacturing techniques are engaged in the pursuit of specific, often hard-to-define characteristics.

Quality for the middle

Into the middle of this market, at a price point not widely served by quality glass, leaps Hanse Inno Tech, with its Celere series of high-speed primes. With offices at the Studio Hamburg production facility in northern Germany, the company is based in a region with a well-known and widely-respected background in precision engineering and the manufacture of optical devices. Co-Founder Steven Kisilevich is a filmmaker (and, according to the company site, expert in bear-hugging) who hails originally from Canada and whose enthusiasm for lenses is infectious. The Celere series is reportedly based on a collaboration between Kisilevich and engineer Lars Andersen which goes back several years, and whereas the company itself is only a year old (and is now a limited company), the engineering background runs rather deeper and seems founded in a real desire for the product. 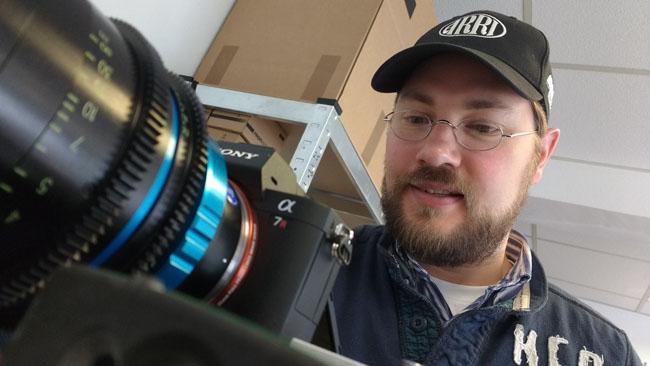 While ideas of affordability vary, at around €3600/US$4000 a piece, the target demographic for these lenses would probably see this as a good price. Certainly the range enjoys a favourable comparison to Zeiss's rather more expensive Compact Prime series. The Celere range currently includes five lenses – at  18.5, 25, 36, 50 and 85mm. The company tells us that the 18.5mm is the first to provide full frame coverage, wide angle and high speed.

The Celere HS 18.5mm with a T1.5 will be presented at the Cinec 2016 in Münich this September, ready to ship this fall. This wide angle lens will be the first in the world to cover full frame and still be called high speed. The considerations attaching to very long or short focal lengths arise from the fact that the Celere HS range, for "high speed," has a few features which are unusual for lenses in general, let alone types of such modest size and weight. 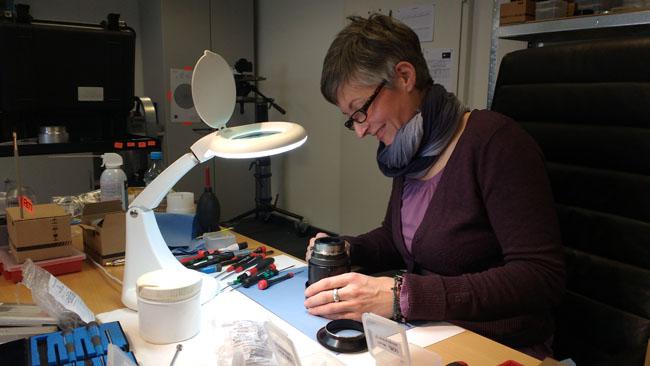 Perhaps the two most arresting characteristics are the fact that all of the five lenses offer coverage of the full 8-perf stills frame and, simultaneously, a maximum aperture of T1.5. It isn't, perhaps, that unusual to find a range with at least some focal lengths packaged in housings of the same size and layout, but the equivalent weight across the Celere range will be a relief to brushless gimbals, drones and Steadicam operators, as will a cunning mechanism which ensures the mechanical changes of focus pulling don't alter the balance. 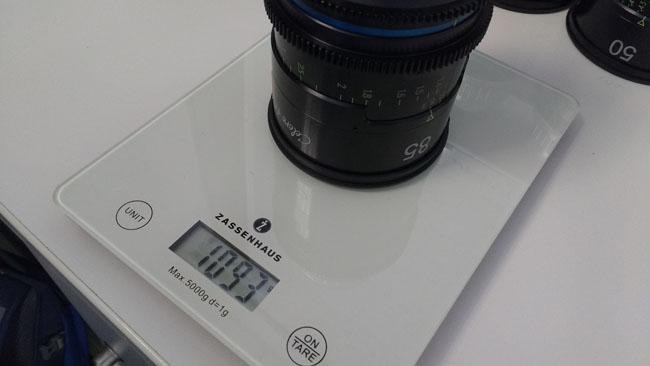 The coverage alone will make them of interest to owners of recent cameras which use larger sensors in the pursuit of higher resolution. While the moderate range of focal lengths makes the broad coverage and large aperture a little easier, engineering-wise, the combination of compactness and consistent dimensions is still something of an achievement. The18.5mm lens will maintain the same physical size – something will have to give – but it is intended that it will maintain the full-frame coverage and almost the same stop at T1.6, which is a difficult exercise at such a short focal length. 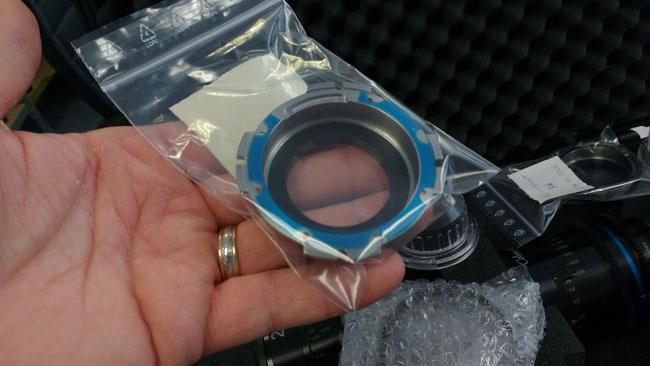 Perhaps crucially, the Celere range is available with interchangeable mounts to suit either PL, EF or Sony E mount. This is important, since it isn't generally possible to convert mechanically between these mounts, and for better or worse, EF is becoming increasingly common on motion picture cameras. While we might not adore it as an engineering solution, things just such as Ursa Mini and the Canon C-series are common in with both PL and EF mounts. Nobody's pretending EF is ideal, being a bayonet latch rather than breech lock mount which is subject to greater inaccuracy due to wear, and which isn't anywhere near as heavily-built as PL. Reasonable adaptors, such as those from MTF Services, are available to mount EF glass on practically anything, but particularly the general-purpose, highly-compatible mounts such as micro four-thirds and the similar Sony E. These shallow mounts also facilitate the use of a speed booster, shrinking the full-frame image of the Celere lenses to achieve higher brightness down to an effective T1.1 and a wider field of view.

Even better, the Celere mounts can be swapped out, if not in the field, at least on a bench. The mounts are attached with six Torx screws, making for a much more widely-deployable investment. Shims for accurate back focus are colour-coded and of industry-standard shape and size, and are included with the mounts. One final sophistication is the provision of a latching ring designed to clamp improvised diffusion media – stockings are often used - on the back of the lens, making it easier to achieve a consistent tension and therefore a more controllable optical effect. 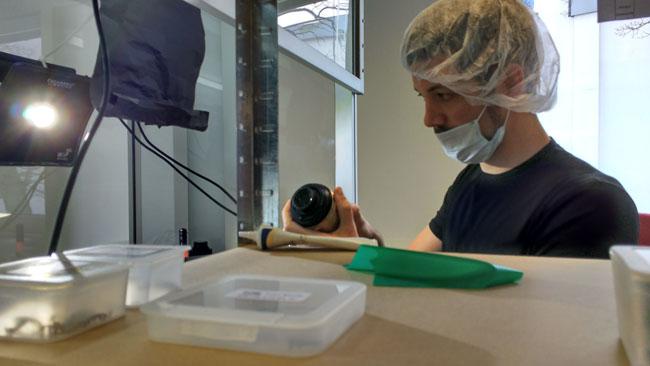 Soon to be reviewed...

It's as well to be clear at this point that we have not had a chance to shoot with the lenses and this is therefore a preview not a review, although the company has offered to make a set available for a closer look soon. With this in mind, then, we're reliant on the company's own description of perhaps the most important characteristic of a lens – the way it looks. Certain aspects of this, such as the widely-used eight-leaf iris, can be considered objectively, but things like flare and colour are created by complex interactions of glass and coatings which can only really be summed up subjectively. Quoting opinion is dangerous, of course, but the contrast has been compared to Cooke and colour performance to Leica's Summilux-C and Summicron-C lenses, which makes a certain amount of sense, given where the glass is cut. 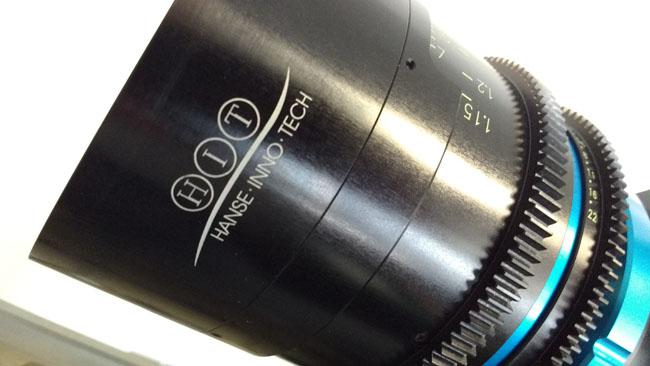 Everyone has a different idea of what's affordable, and there are people for whom Veydra and Rokinon are still too expensive, but inasmuch as a set of Celere lenses can be had for the price of a modest car, rather than a modest house, they do have a valid claim to the term. If this talk of Leica and Cooke can be substantiated, and especially if the predicted 135mm and 18.5mm lenses become available as planned, then it wouldn't be hard to see a market for glass at this price point. In any case, the market is already very clearly established: during one month in early 2016, this year-old company, with no track record in the manufacture of high-end cinema lenses, added an order to the books at least once a day.