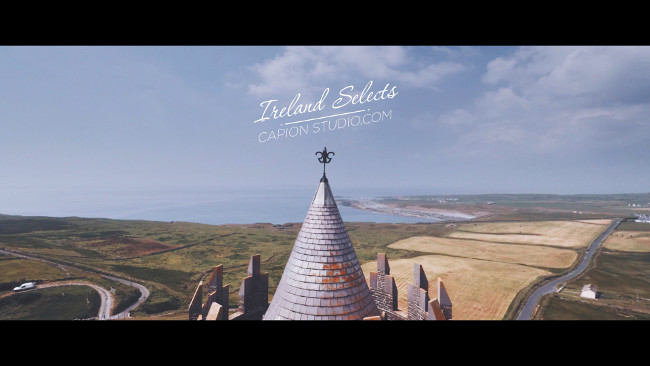 Ireland aerial footage, show with the 3DR Solo and GoPro

Kevin Luiz of Capion Studio returns from his trip to Ireland with a few stories and some selections of his 3DR Solo aerial footage, shot on a GoPro.

I've been flying copters for almost five years now. I've traveled to some pretty wild destinations in the world, but until recently never had the opportunity to bring one of my copters with me, at least internationally. They say there are certain tools for certain jobs. When you are in and out of locations in under 20 minutes, you need a tool that can capture the content you are looking to gather in an efficient manner with little compromise. For me, the 3DR Solo fit the bill and, let me tell you, under the right conditions, you can really make the image sing out of the GoPro.

It was a weird experience walking into some of the locations with a copter strapped to my back. My father and I traditionally sling our DJI S900 or S800 Evo for jobs, but it wasn't something that we were prepared to bring with us overseas. As I trekked up some steep terrain and we setup the Solo, I couldn't help but thinking, "wow, I have technology packed in this bag that Hollywood film crews could of only dreamed about twenty years ago." It's remarkable when you stop and really think about it. Roughly four years ago, DJI introduced its S800 package that, for the time, was state of the art, relatively compact and affordable. Now only a few years later, we have a unit that is nearly half the size, can fit in a backpack and shoot 4K content at less than a fraction of the cost. 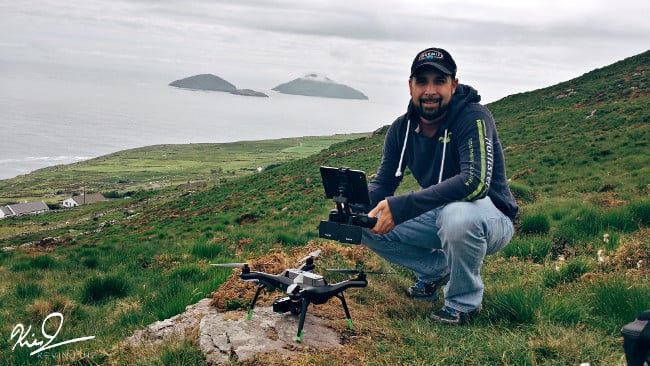 So Ireland! What is there to say about flying there? Well for starters, it's super drone-friendly and I would argue almost untouched. We went through the process and registered our drone with their online system which was $5 and instantaneous. Once we arrived, our approach was simple; follow the guidelines and remain unobtrusive. Our flying style is always to err on the side of caution. There were moments where we could have achieved absolutely insane shots if we just pushed a little closer or flew a little tighter to objects, but honestly it's not worth it for a number of reasons. With this in mind, we launched from public areas, making sure not to endanger people or property and, before we flew, we'd talk about the movements we wanted.

The 3DR Solo was such a treat to work with in the field. We achieved satellite lock in under a minute every time and, aside from some gusty winds (creating micro vibrations), the gimbal was rock solid. Now we have flown in some dicey locations before, but when we arrived at the Cliffs of Moher, we actually were prepared to say goodbye to our Solo! This isn't because the unit is faulty or anything, but being so close to the ocean, strong winds and other elements, such as rocks, birds, mist etc., we knew we were taking a major risk. To be funny, my father and I made a Bon Voyage video to the Solo. We determined that, no matter the outcome, this was a shot that we needed to get – a once in a lifetime shot! Man, are we glad we flew, because we got the shot!! The Solo went out with a full battery and we shot some sweeping wide angles of the cliffs, as well as a top down shot which was incredible seeing the seagulls circle the Solo. The moral of this particular shot is: sometimes the shot is worth the risk, but learn to let go of worldly attachments before hand because if it crashes, it's gone and all you can do is shrug it off. I don't have a lot of money to replace the unit, but it's a risk assessment; is the shot worth the risk of your copter? 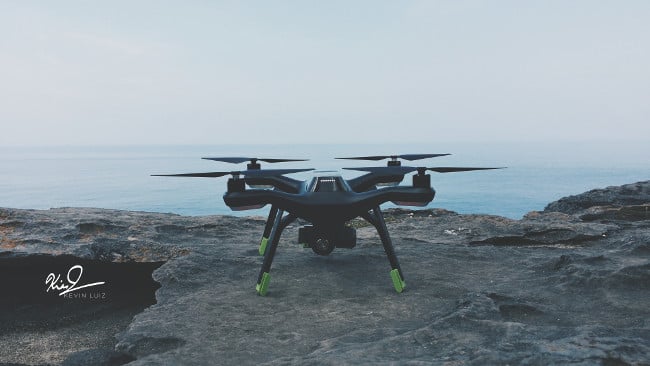 When in the field, it was my intention to capture the majestic landscapes of Ireland to create a two-or-three minute video featuring both ground and air shots. When I returned home, however, I couldn't help but cut together a small teaser from some of the aerial content. The process I took in post was defishing the lens via the Go Pro Studio application, transcoding to Pro Res LT and color grading through Magic Bullet Looks inside Premiere CC. To achieve the look I was going for, I started with a base correction of custom curve work, dropping the highlights, crushing the mids / shadows ever so slightly and applying spot or gradient exposures to accentuate my sky and ground. Once I had my base, I then applied James Miller's DeLut Cube 32 Grid Lancaster between 60-80% strength, which gave me a filmic, smooth look. I applied a subtle sharpen of 1 radius and between 50-100 strength and a light warp stabilization to remove unwanted micro vibrations. To finish off my image, I cropped the finale output by 270 pixels on both the top and bottom of the video to achieve a letterboxed 2:66:1 cinematic aspect ratio. 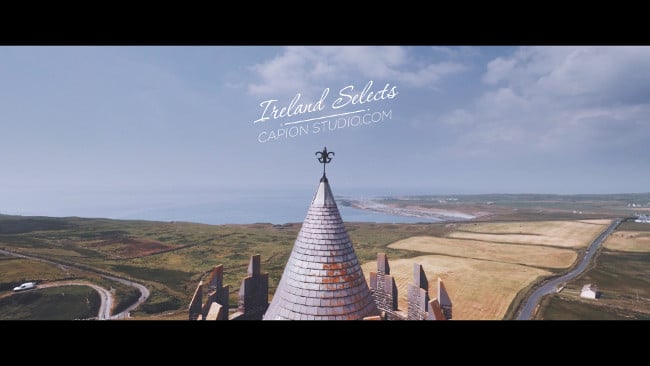 When editing this little piece, I actually put it together between 11-1am, which had a significant impact on the mood (I was exhausted!). Like magic hour when the sun sets, so do our minds, and during this time true creativity and artistic vibes flow. I knew I wanted to add in subtle sound effects, but I didn't want them to overpower the music or distract the audience. It's a fine balance between drawing attention to noise, which can enhance an image, or hitting the audience over the head where they might find the noise annoying or distracting. On the third shot of the twisting road, I actually omitted ambience and just gave the audience a moment to take in the song with only a subtle swoosh of the car passing before we cut to the horses. This was done intentionally to give some breath from a rather noisy ocean shot the moment before.

Anyway, I hope you enjoy this little video we put together and we can't wait to share the "real" video with you in roughly a month's time! If you have any questions about the process, just let us know in the comments. Do you have any crazy drone stories or beautiful travel shots? Share them with us, as we love to see your work!