A close up with the Syrp Genie motion control system 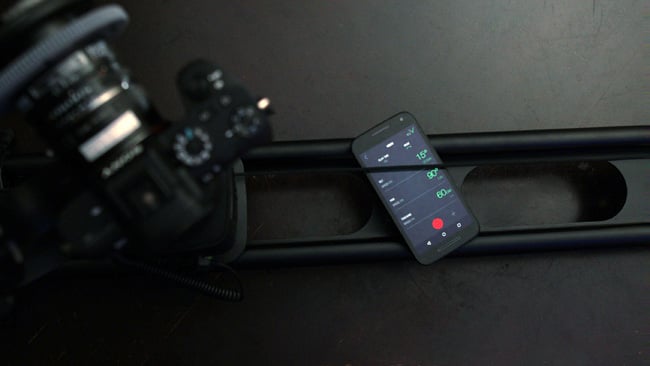 RedShark Review: Phil Rhodes borrowed the only complete, pre-production Genie system in existence in the US to delve into the workings of New Zealand-based Syrp's latest motion control system.

It's been over a year since we last talked about Syrp's Genie motion control device. The device was founded on an early Kickstarter success and was mainly intended to facilitate time-lapse photography with tracking and, soon thereafter, panning moves, although at full speed, it will move fast enough for reasonably gentle live-action camera motion as well. The company has built its offering gradually, beginning with the panning then tracking features, introducing combined tracking and panning at NAB last year, and now adding a tilt axis as well.

Promisingly, the Genie system begins with some solid fundamental engineering. The slider  upon which the whole arrangement rests (which the company calls the Magic Carpet) is a good enough example of the breed to attract attention on its own, even in a world where there are a lot of sliders. The track is a single-piece alloy extrusion, making for a lightweight and rigid arrangement once some large weight-reduction apertures have been cut into it. The inner faces of the rails, which is where the wheele run, are smooth enough to be slightly glossy, whereas the rest of the track has a less reflective diffused finish. The dolly itself is fairly conventional, with wheels shaped to fit the tubular track, but crucially includes a quick and easy adjustment to allow the track wheel spacing to be precisely controlled. The camera mount comprises a single threaded boss above a cork anti-rotation pad. The feet fold up straightforwardly to allow the track to fit in its bag (with the dolly still attached) and have a wide range of adjustment, with screw-adjustable feet for precision tweaking and conventional threaded holes for mounting on a pair of tripods. Overall, the Magic Carpet slider is very nicely done and it would be an entirely reasonable purchase, even without the motion control equipment. 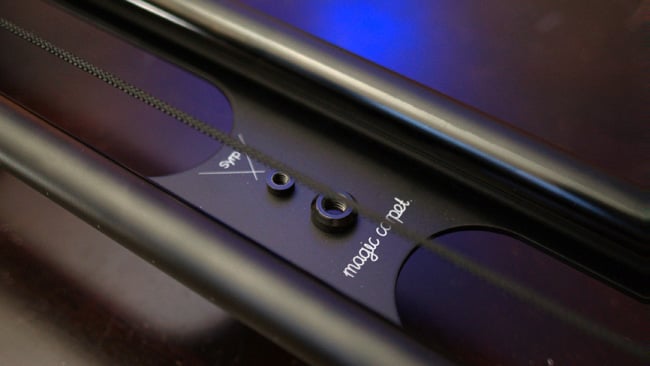 Syrp's Magic Carpet slider is a top-quality item in its own right.

The company's first product was a motorised pan head for a tripod and the linear axis of the complete motion control device makes use of essentially the same device. Instead of using the much-geared-down motorised axis to rotate the camera, it uses the same rotating parts to crawl along a cord that's laced from end to end of the slider. There are cord clamps at the ends of the track to make this easy to set up and pulleys to allow the mass of the slider and any mounted camera to be counterbalanced with a hanging weight, if the slider is positioned off the horizontal. There are therefore two bases for the original box-shaped servo unit – one designed for use on a tripod and one for track work. They're quickly interchangeable, using a crafty latching system. 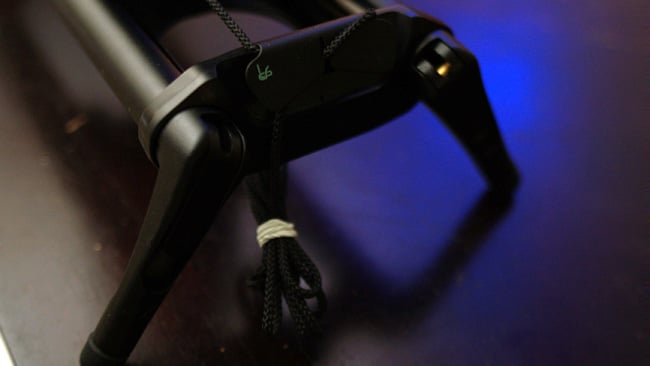 Moving on to the pan and tilt axes, the Genie Mini is a motor assembly the size of a chunky hockey puck that sports a black rubberised finish. The Mini motion control motors were initially intended to add a pan axis back to the device when it was being used in slider mode, but what's new for 2016 is that the motors now support use as both a pan and tilt axis, making it possible to pan, tilt and track simultaneously. Everything's held together with screw threads and cork friction pads, making it easy to put together. There are two pieces of metalwork which are designed to allow the two motors to create a pan-and-tilt assembly capable of carrying DSLR-sized cameras. The clever bit, however, is the way the electronics are implemented. It's outwardly straightforward, which is great, but relies on some clever internal engineering that must have been planned for some time ago. 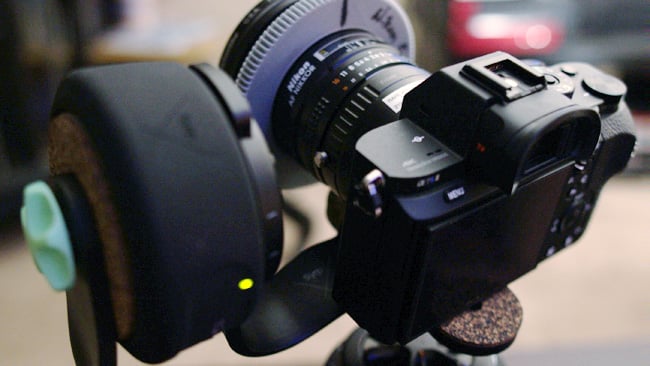 Syrp Genie mounting a Sony A7Sii on the pan and tilt head.

The first thing that's noticeable about the track, pan and tilt axes is that there's very few cables running between them for either power or data. The pan axis motor is connected to the large motion base with a single data cable, but that's it: otherwise, both the pan and tilt axes have internal power, chargeable from any USB device, and rely on bluetooth to communicate with each other and with the smartphone app that's used to set up moves. Battery life necessarily depends on the sort of move that's being performed. Slow moves, which will naturally require the longest periods of continuous operation, can stretch into periods of many hours or a couple of days, which should facilitate most common time-lapse subjects. Power consumption is necessarily higher when executing moves suitable for normal-speed camerawork. 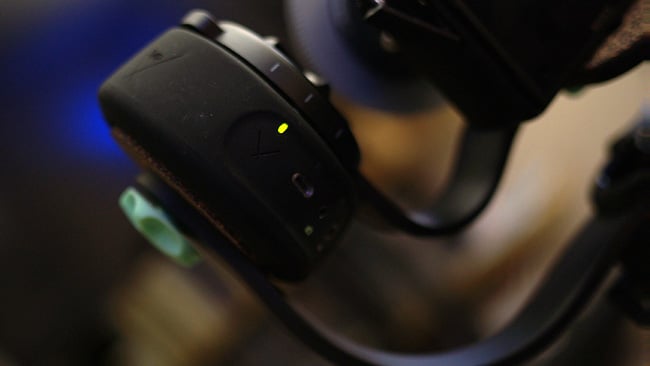 The pan and tilt motors are about the size of a chunky hockey puck.

The user interface, which is available as an app for both iOS and Android devices, offers operators a fairly straightforward approach to controlling the device. The immediate position of the pan, tilt and track axes can be controlled either by dragging a circular control (for pan and tilt), slider (for track), or by incrementing or decrementing numeric values. The complete move is expressed in terms of the distance to track or number of degrees to rotate the axes. There is no limit detection and it is possible to run parts of the rig into other parts, such as the slider dolly into the end of the slider, resulting in a slightly disquieting sound of protesting mechanics. While the approach of expressing the move in terms of amount of movement is reasonably intuitive, for real time moves, it might be nice to also see a waypoint-based system, as is commonly used on larger motion control devices. It's possible to create two-waypoint moves with a bit of fiddling about, but a more direct approach would be help. 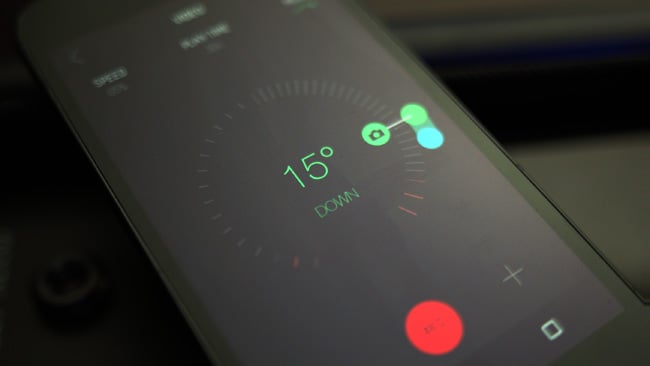 The Genie's smartphone interface is straightforward.

About the only problem with the Syrp Genie for live action, real-time work is noise. It isn't excessively noisy, but the sound of stepper motors will make it difficult to use in certain circumstances, such as an interview. It's clear that the company views the device as primarily for time lapse work and in this context the performance is not unreasonable; when moving that slowly, when it doesn't matter, the device is practically silent. People used to the silence of the brushless motors used on gimbals might question the choice of steppers in this context, but unfortunately it doesn't quite work like that; there are issues of precision and torque which mean the brushless approach isn't necessarily suited to this sort of application. On the subject of precision, we should be clear that the Genie isn't a frame-referenced motion control device, but it might be possible to imagine doing some of the same sorts of multi-pass tricks, since it doesn't really move that fast and the sub-frame timing might not be an absolute dealbreaker. 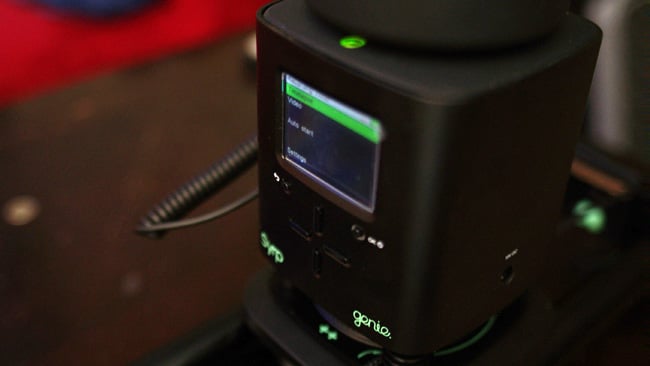 The original Genie base performs either pan or tracking functions, depending on configuration.

The final upside of Genie is its cost. The pan and tilt axes sell for around £250 each, the main motion base for about £700 and the Magic Carpet slider an attractive £250 or so for the 1600mm version. The engineering is very good and there's a titanic price gap between this and the next option up.

Thanks are due to Illya Friedman of Hot Rod Cameras for the introduction to Syrp's Levi Wallace and arranging the loan of the only complete, pre-production Genie system in the US at the time of writing.